Jeffree Star Gets Slammed for His Comments About Mason Disick

Jeffree Star is no stranger to feuds, but this time he’s not bothering to pick on someone his own size. Mason Disick, who is the eldest son of Kourtney Kardashian and Scott Disick, clearly got under the 34-year-old’s skin because he recently chose to clap to the 10-year-old. Now, fans of Keeping Up with the Kardashians, and even some of Star’s own fans, are slamming him for his remarks. 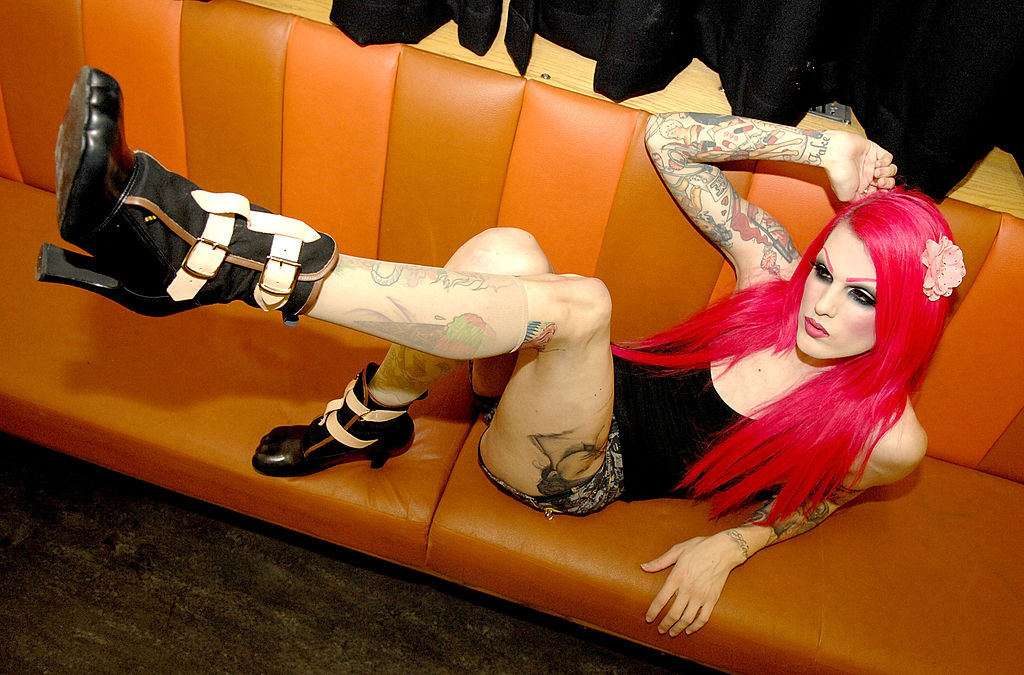 Mason Disick has been having a bit of trouble on Instagram as of late even before his run-in with Star. Recently he hopped on Instagram live to share that his Aunt, Kylie Jenner, and the father of her child, Travis Scott, were not, in fact, back together. The pair have an on-again/off-again relationship and fans speculate that they’re intentionally private to spark more buzz. Soon thereafter, Kourtney Kardashian deleted her son’s page, citing that he was too young for the platform. For clarity, the app does require that children be 13 years of age before they can join.

But, the eldest KarJenner deleting the app certainly didn’t stop Mason Disick from expressing his grievances online. He simply hopped on TikTok to bemoan the fact that his Instagram page was deleted, citing that he’d have well over two million followers if he wasn’t forced to get rid of it. But, another thing that the Keeping Up with the Kardashians guest star did during his short tenure on Instagram was make his feelings known about Star.”Cause Jeffree Star is like spoiled AF,” the 10-year-old shared via a joint Instagram live.

The makeup artist responded on Twitter, citing his growing net worth

Instead of ignoring Mason Disick’s comments, Star chose to engage. Responding to a tweet of a fan saying that the child was “coming for him” he issued his own statement. “I had $500 in my bank account six years ago…Maybe he’s confused with his own privilege versus mine being self-made, hopefully, his father can educate him soon!” Star wrote, concluding with a star emoji.

People were far from impressed by Star’s remarks. Although he did have a few stans defending him, most people thought he was largely in the wrong. Because Mason Disick is a child, people didn’t understand why the makeup artist felt the need to engage when he could’ve simply ignored the comment. “Lmao only he’d feel attacked by a child,” one person wrote. “Why is Jeffree coming for a da*n kid anyways 😂 like grow tf up,” another person added.

“He’s childish for coming after a kid. Just bc Mason has Kardashian blood in him doesn’t mean that he’s still not a child, even if he is more privileged than others. How old are u again, Star?” someone posed directly to the influencer. “He called him spoiled for fu*ks sake people commenting saying Mason is talking sh*t about Jeffree way too sensitive he called him SPOILED. He’s 10 he probably thinks spoiled and rich are the same da*n thing,” one passionate person wrote to the few people defending Star.

Critics want Star to pick on someone his own age

Others were even willing to admit that Mason Disick was in the wrong. However, they didn’t feel that his comments gave Star license to engage with him. “I mean Mason is wrong for sure. But Jeffrey is beyond pathetic. Whether or not he was self-made is not the point Mason is ten. He’s a young kid who should know better, but still is childish. Jeffree is grown. Don’t go after kid as an adult dude,” one person said about Star.

? NEW VIDEO ALERT! ? New house tour update and some deep personal conversations.. Being single and quarantined ? link in my bio.

Hopefully, this ridiculous “feud” blows over soon and Mason Disick’s parents start monitoring his Internet activity a little better. As for Star, he could do with being more discerning about what, and whom, he gives his attention to.