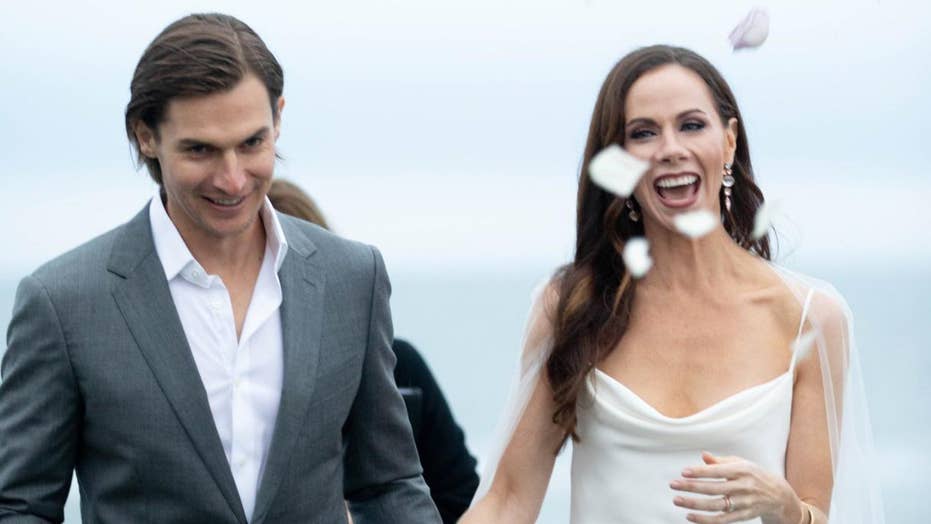 The daughter to George and Laura Bush got hitched in a secret, private ceremony in Maine. Here’s a look at some of the special moments with the happy couple.

Hager posted a playful photo of herself hugging her newly married sister while their father, former President George W. Bush, playfully peaks above them in the background.

“Thought this was just a simple picture of a sisterly hug. #popsiclephotobomb,” she captioned the image on Saturday.

The photo is just one of the several candid pictures the former first daughter shared of her sister’s wedding weekend. Hager previously penned a heartfelt post, saying she was “so proud” and was crying “happy tears.”

Barbara revealed to People her quick wedding was to ensure her 94-year-old grandfather, former President George H.W. Bush, would be able to attend.

“We actually would have gotten married the next week if we could have,” Barbara – who got engaged on Aug. 25, at the same spot her grandfather proposed to her grandmother, former first lady Barbara Bush 75 years ago – told the magazine. “We just thought, let’s try to do it soon. We knew we wanted to be married – we’d already made that decision – so we didn’t need months of an engagement.”