Jennifer Garner Is All Smiles in L.A. a Day After Driving Ben Affleck to Rehab

The photo arrives after the ‘Love, Simon’ actress staged an alleged intervention at Ben’s Pacific Palisades home in California on Wednesday afternoon.

AceShowbiz –
All is good now for Jennifer Garner. On Thursday, August 23, a day after driving estranged husband Ben Affleck to rehab, the “Peppermint” star was spotted looking relaxed in Los Angeles.

The 46-year-old star was seen all smiles while donning a black tee which she paired with blue jeans. Jennifer completed her casual style with white tennis shoes and black sunglasses as she styled her locks in a messy bun. 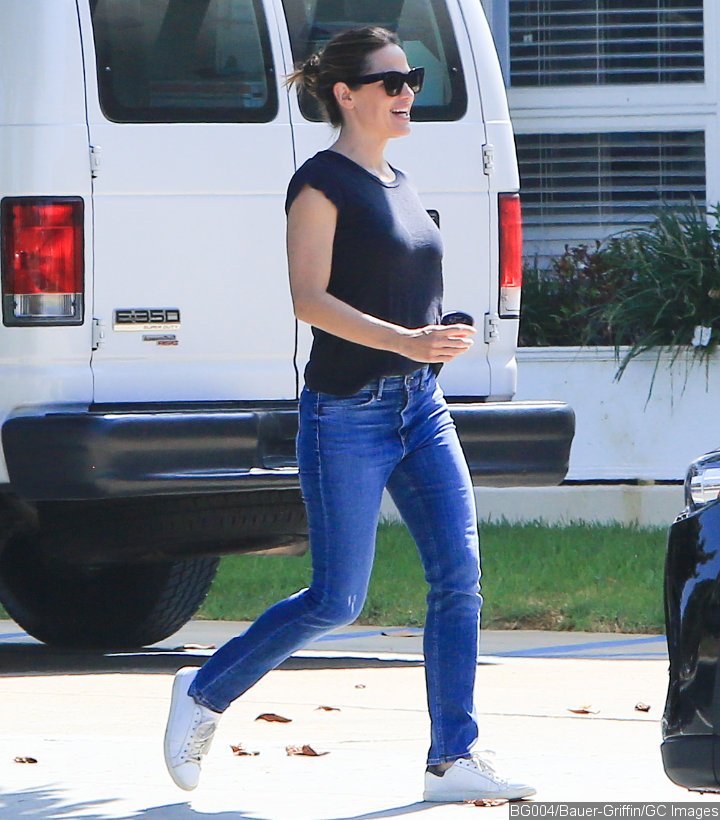 The photo arrives after Jennifer staged an alleged intervention at Ben’s Pacific Palisades home in California on Wednesday afternoon. The “Alias” alum reportedly begged the “Justice League” actor to get help for his ongoing alcohol abuse issues.

She was later pictured driving the actor/director to rehab facility, which marks the third time for the actor. It was said that the Batman depicter has been “struggling” with sobriety since breaking up with longtime girlfriend Lindsay Shookus.


Jennifer is said to be “well aware of what was going on” about her ex’s battle with alcoholism. “Ben told her he was done with Lindsay and she knew he was drinking again,” says a source to Us Weekly. “Ben is not good at being alone. She knew he was in a bad place recently and that she was going to have to intervene.”

“The last few weeks have been difficult,” the source explains. “Jen is the only one Ben listens to. She has been down this road with him for years and is the only one that can really get through.”

Another new report also suggests that Jennifer was seen leaving Ben’s home while looking “upset and shaking” before the intervention. She later returned with an unidentified woman to drive the father of their three children, Violet, Serafina and Samuel, to the treatment facility.

Following Ben’s return to rehab, Jen allegedly “told the kids that Ben is sick and needs help from a doctor. She is open and honest with them.” A source reveals, “It’s extremely sad and disappointing that this has happened again, but she will continue to be there for him and not turn her back. She feels like she can’t do that to her kids and that she wants him to be in their lives.”