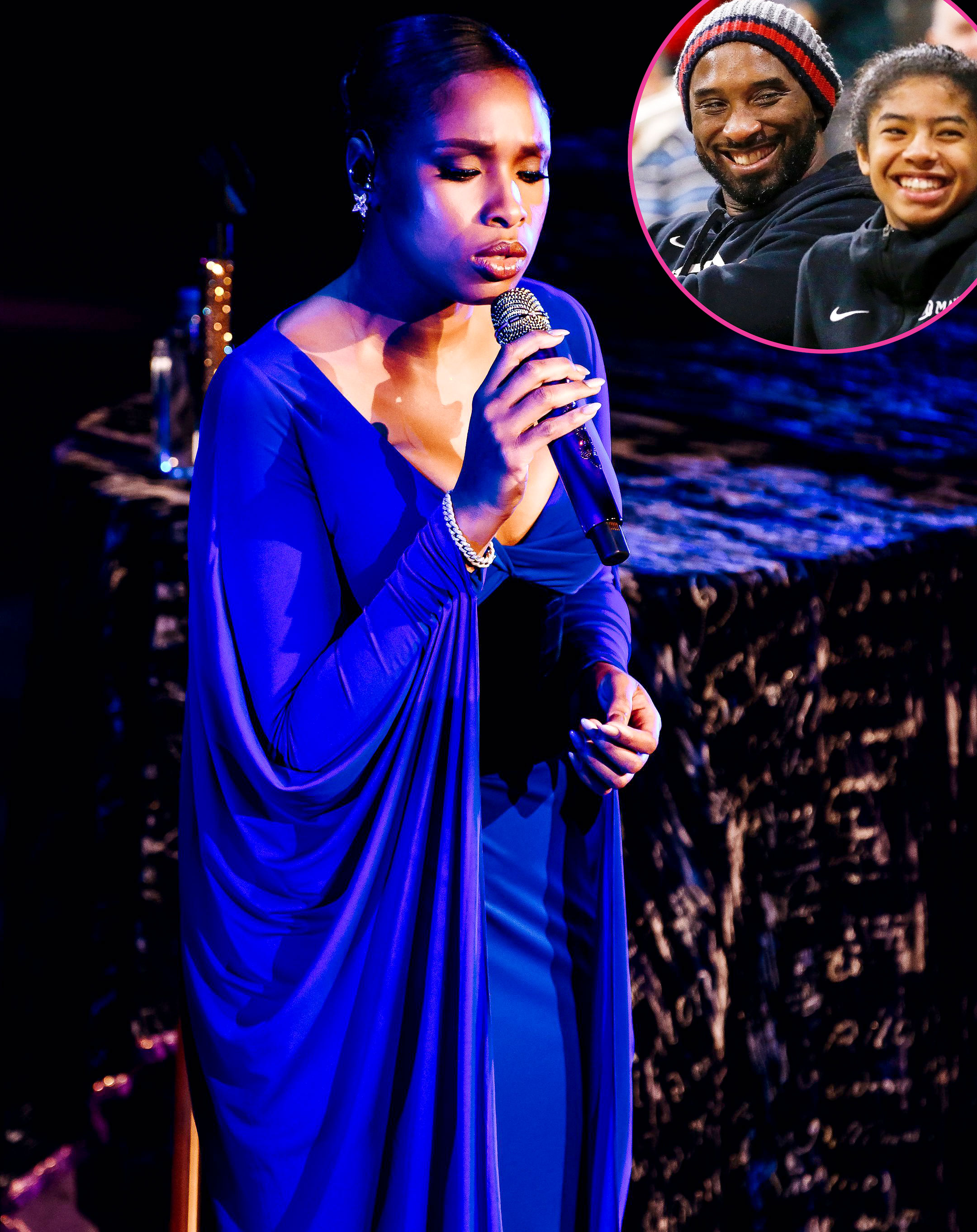 For love and basketball. Jennifer Hudson paid an emotional tribute to Kobe Bryant and his daughter Gianna ahead of tipoff at the 2020 NBA All-Star Game on Sunday, February 16, in Chicago.

The Oscar winner sang “For All We Know (We May Never Meet Again)” as pictures of the late athlete and his daughter played on a screen behind her.

The NBA announced Hudson’s performance as a “special tribute” to Bryant, and his 13-year-old daughter, who were two of nine people who lost their lives on January 26 after the helicopter they were traveling in crashed into the hillside in Calabasas, California.

The tribute took place before the players were announced for the 69th annual event. Chance the Rapper, Lil Wayne, DJ Khaled, Quavo and Taylor Bennett are the halftime performers for the basketball showdown.

The Grammy-winning artist, 38, who is a Chicago native, is one of many celebrities who took to social media following the January tragedy to share their condolences and disbelief.

“It’s like every time I go to sleep and then wake up somebody else is gone,” the Dream Girls actress wrote via Instagram in January. “This news Hurts my heart so bad ! #kobebyrant.”

She followed up her post about the late Lakers player with a photo of Bryant and his daughter. “I was holding out hoping that it wasn’t true ! Lord his daughter too. #kobebryant #giannabryant,” she wrote at the time.

Sunday’s NBA All-Star musical performance for the two-time Olympian comes after a series of public tributes to Bryant.

Two weeks prior, celebrities attended the 2020 Oscars where Bryant was honored in numerous ways. Spike Lee wore a purple and yellow suit with the former athlete’s number “24” on his label to remember him, while the Academy featured him in their “In Memoriam” montage.

Earlier in the month, fans at Super Bowl LIV in Miami had a moment of silence ahead of kickoff to remember all the lives that were lost in the fatal helicopter crash. The players stood on the 24-yard line as a nod to the number Bryant wore on his jersey for so much of his career.

When the Los Angeles Lakers played their first game at the Staples Center following the loss of Bryant and eight others in the L.A. area on January 31, there was a slew of tributes at the house that Kobe built.

In addition to a video of Bryant himself sharing details of his long career with the franchise while cellist Ben Hong played a cover of “Hallelujah,” there was 24.2 seconds of silence before the clip ended — a nod to both Bryant, who wore #24 for the Lakers, and his daughter Gianna, who wore #2 on her Mamba jersey.

LeBron James then gave an emotional speech dedicated to his friend and former on-court adversary, saying “we’re all grieving. We’re all hurt. We’re all heartbroken. But when we’re going through things like this, the best thing you can do is lean on the shoulders of your family.”

As previously reported, Bryant and Gianna perished in a tragic crash, which took the lives of seven others in the southern California area. The Oscar winner and his daughter were laid to rest during a private funeral in Corona Del Mar, California, on Friday, February 7.

A celebration of life for the former NBA star and Gianna — who are survived by his wife and her mom, Vanessa Bryant, and their daughters and her sisters, Natalia, 17, Bianka, 3, and Capri, 7 months — is scheduled at the Staples Center on February 24.