Jennifer Lawrence still has 'slumber parties' with her friends

Jennifer Lawrence’s husband is happy to sleep in the guest room when she has ‘slumber parties’ with her friends.

The 30-year-old actress – who is married to Cooke Maroney – admitted she still has friends spent the night ‘once a week’ because she doesn’t know when the fun should stop, but she insisted her husband doesn’t mind.

‘I never know the end of the hangout,’ she admitted during a chat on the Absolutely Not podcast with Heather McMahan. 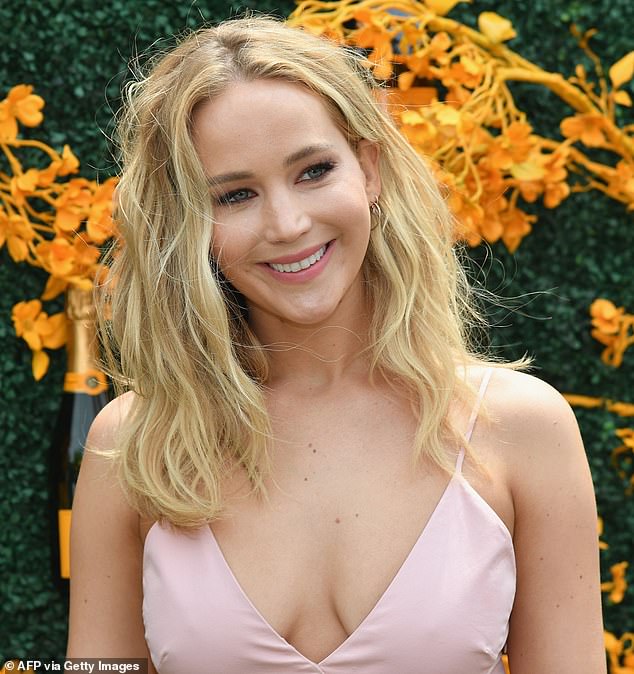 Staying the night: Jennifer Lawrence still loves a good slumber party, even at 30, and she said husband Cooke Maroney is happy to sleep in the guest bedroom so she can hang out with her friends

Explaining her recent sleepover had been the day before, she added: ‘My friend came over and it was not planned, but she ended up spending the night and we slept in my bed and my husband slept in our guest.

‘He knows the drill,’ Jennifer – whose famous friends include Amy Schumer and Emma Stone, among others.

The Hunger Games star worried the sleepovers would have to stop when she and her friends got married, but things haven’t changed.

She said: ‘My best friend in the entire world, we used to have sleepovers all the time and then she got married when we were pretty young. 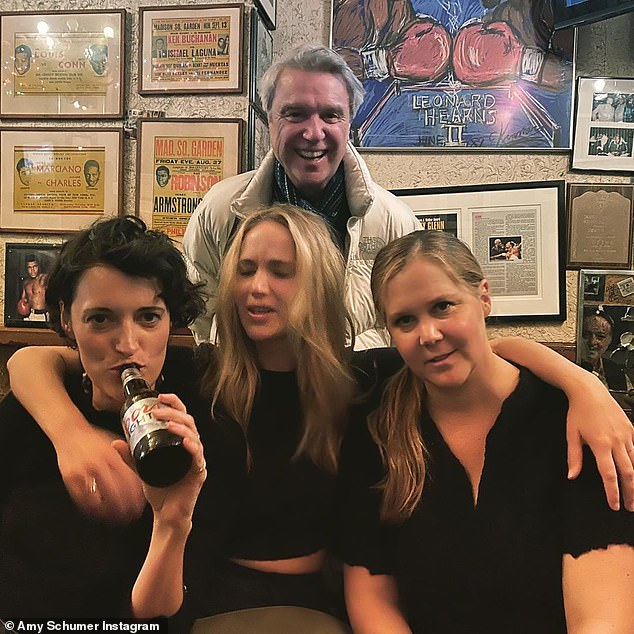 Non-stop fun: ‘I never know the end of the hangout,’ she admitted during a chat on the Absolutely Not podcast with Heather McMahan. Lawrence is seen during a wild night with Amy Schumer, Phoebe Waller-Bridge, and David Byrne above 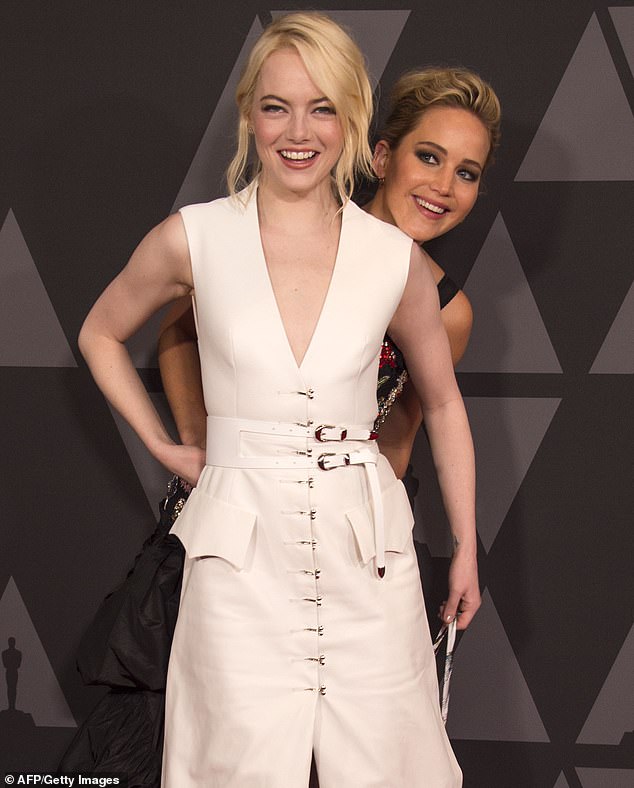 Slumber party! Jennifer’s own bachelorette party turned into a ‘major sleepover’, which was one of the best weekends she’d ever had, though she said she ‘regrets no planning a big one.’ She’s seen having fun with Emma Stone in 2017 above

‘And we still, to this day — she’s been married for seven years — we love a girly slumber.’

And Jennifer’s own bachelorette party turned into a ‘major sleepover’, which was one of the best weekends she’d ever had, though she wishes she’d had a wilder celebration.

She said: ‘I will say, I regret not planning a big one. My friend was getting married close to me and I went to her bachelorette and then we ended up — typical Leo — we called it my bachelorette. 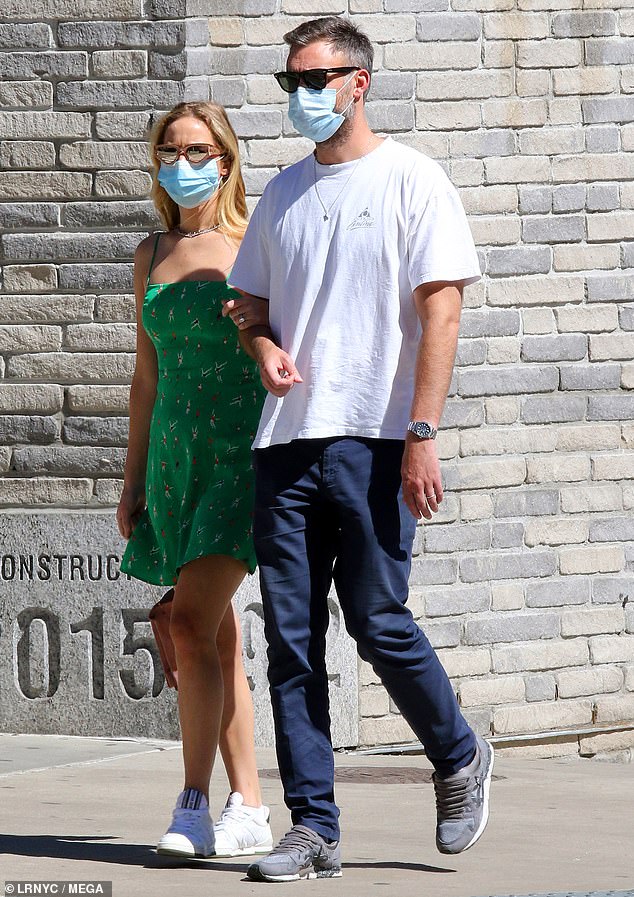 ‘It was the most fun weekend of my entire life. I don’t know how she felt, but I had a blast.’

The Red Sparrow actress – who married Cooke in October 2019 – admitted she’s a ‘complete homebody’ these days.

She said: ‘I am actually a complete homebody and the laziest person who’s ever lived.

‘Like Cooke’s biggest joke with me, he’s like, “Oh, you want to go directly back to the apartment babe?” Or like, “Oh no, you have to stay in bed again today.”‘