Jennifer Lopez has revealed she is in no ‘rush’ to marry her fiancé Alex Rodriguez.

The singer, 50, got engaged to the baseball star, 44, in March of last year but admitted she feels no pressure to walk down the aisle. 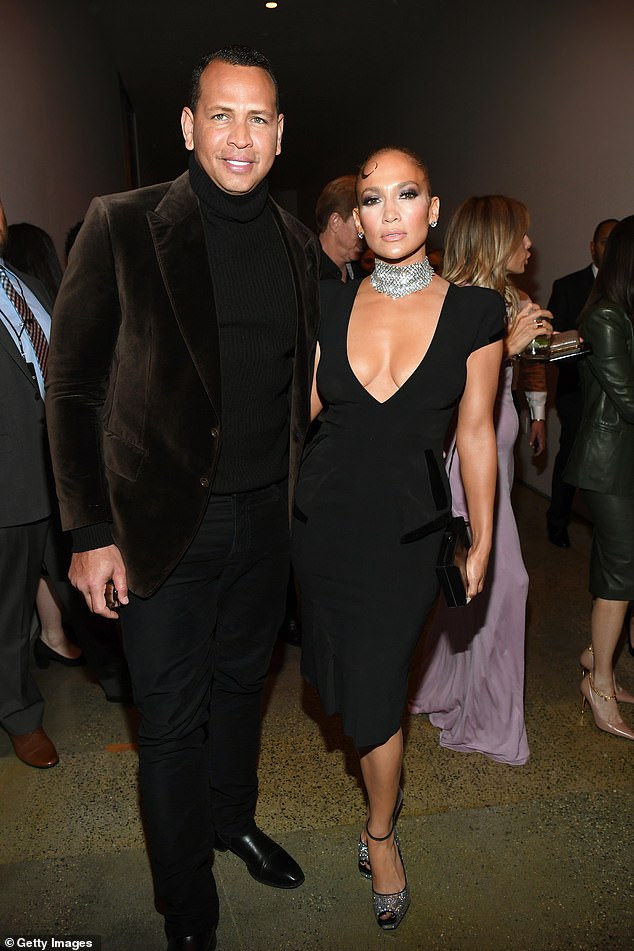 Relationship: Jennifer Lopez, 50, has revealed she is in no ‘rush’ to marry her fiancé Alex Rodriguez, 44 (pictured in February 2020)

Speaking to Oprah Winfrey at her 2020 Vision: Your Life In Focus Tour, Jennifer said: ‘It’s so funny because when we first got engaged I was like, ‘Oooh, we’re gonna get married in a couple months?!’

‘You’re old thinking comes right back, all that hopeless romantic [stuff] that made me get married three times.

‘He’s like, “Whatever you want to do, we can talk about it”. I said, “But if we’re going to be together for the rest of our lives, what is the rush?” ‘

Jennifer, who has 12-year-old twins Emme and Maximilian with ex husband Marc, stressed that she and Alex were seeking to ‘build something together’. 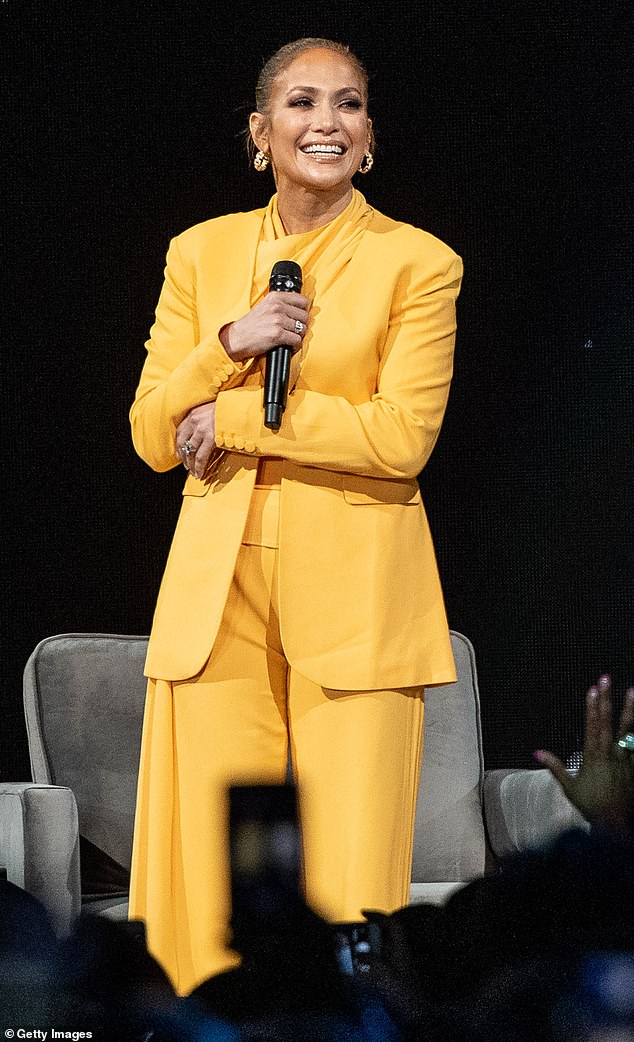 Future: The singer got engaged to the baseball star in March of last year but admitted she feels no pressure to walk down the aisle

She said: ‘We’re really going to try to build something together that we both never had or both never felt like we had – which was a family with a husband and a wife, and a mother and a father – and we embrace all of our children and we show them something that we didn’t have.’

Jennifer added that she thinks her current romance is ‘different’ to her past relationships.

She said: ‘It was different than anything that I had ever experienced in the sense of his consistency. What he says, he does … every time. And that is big.

‘He wants to build together, which I’ve never had. I never had anybody who wants to see me shine and grow and be. 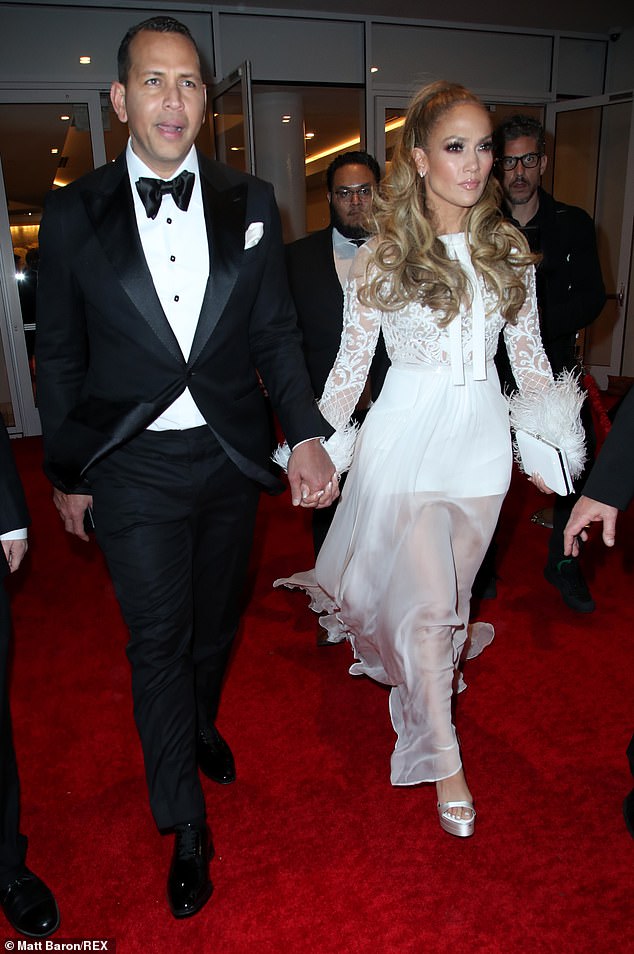 ‘I think him being in my life is a big part of what happened this year because he allowed me to [take off] and it wasn’t like, get back down here or don’t outshine me … We have that kind of mirror quality for each other.’

Jennifer also discussed her critically acclaimed role in the film Hustlers, which many expected the star to receive an Oscar nomination for.

The actress admitted she felt like she had ‘let everyone down’ when she was not nominated for the film, where she played a stripped named Ramona Vega. 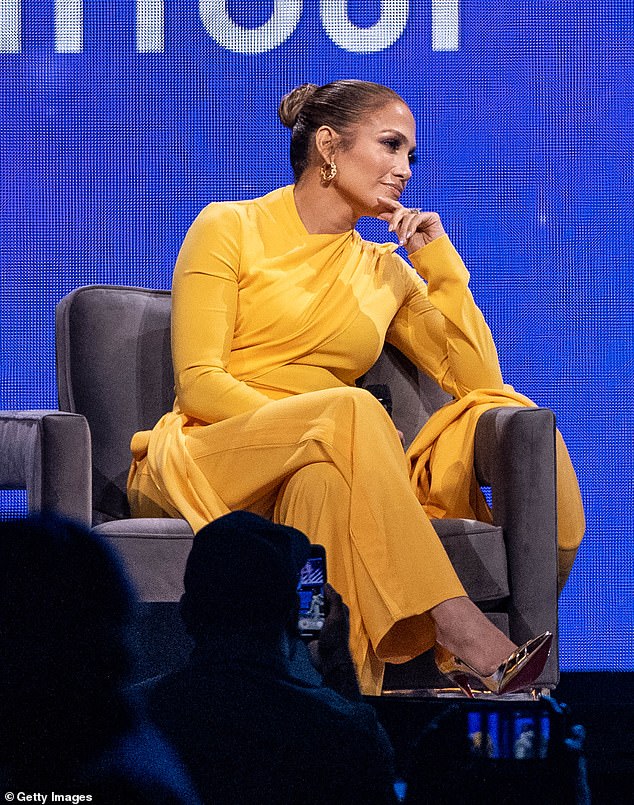 Change: Jennifer added that she thinks her current romance with Alex is ‘different’ to her past relationships

Jennifer said: ‘I was sad, I was a little sad because there was a lot of buildup to it. There were so many articles, I got so many good notices – more than ever in my career – and there was a lot of: “She’s going to get nominated for an Oscar, it’s going to happen, if it doesn’t you’re crazy.’ “

‘I’m reading all the articles going: “Oh my god, could this happen?” And then it didn’t and I was like: “Ouch,” it was a little bit of a letdown.’

‘Also I felt like my whole team – most of my team has been with me for years, 20, 25 years – and I think they had a lot of hopes on that and they wanted it too, so I felt like I let everyone down a little bit.’

One of Jennifer’s next films will be the romantic comedy Marry Me, based on a graphic novel of the same name.

She stars opposite Owen Wilson as a pop star who plans to marry her rock star boyfriend on stage at Madison Square Garden.

After she finds out that he cheated on her only minutes before the ceremony, she picks a random person (Wilson) from the audience to marry instead. 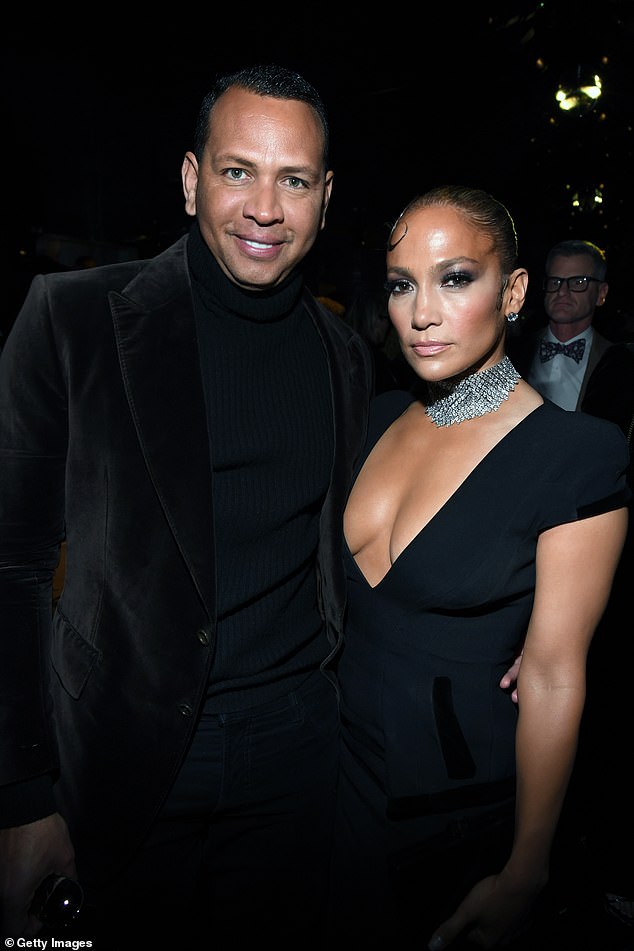 She said: ‘He wants to build together, which I’ve never had. I never had anybody who wants to see me shine and grow and be’ (pictured in February 2020)