Celebrity relationships often draw a lot of attention from the media. However, that’s not the kind of attention Jennifer Lopez wants. She once shared that she prefers attention to come from the person she’s dating. Lopez says she doesn’t like being ignored when she’s in a relationship. Here’s more on what J.Lo revealed.

Jennifer Lopez says she ‘brings a lot to the table’

During a 2013 interview with Cosmopolitan, Lopez spoke about her romantic relationships. She says it’s important for her to be with the right person because she believes she “brings a lot to the table.” She goes on to say she has “high standards” when it comes to choosing a partner.

“I have my own high standards for what I want in a partner and how I want to be treated,” says Lopez. “I bring a lot to the table. I’m not talking about the material things but what I have to offer as a person—love and loyalty and all the things that make a good relationship.” 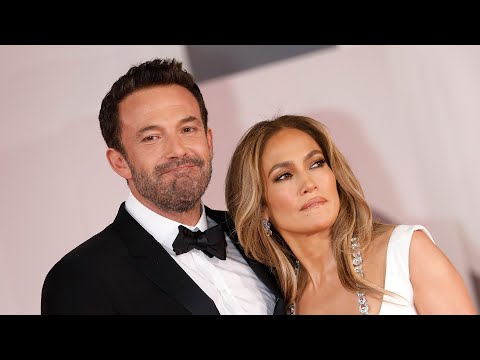 Lopez tells the publication she invests herself completely when she’s dating someone. One thing she doesn’t care for is when her partner ignores her. At the time of the interview, Lopez was dating choreographer Casper Smart (also known as Beau). She says she had a conversation with him about being ignored.

“It’s funny, early on with Beau, I remember telling him how I have a real button on being ignored,” Lopez tells Cosmopolitan. “And he was like, ‘Listen, if somebody ignores you, then forget them. They don’t deserve to have your attention.’ But it’s funny. Sometimes when we don’t get it, we try to get it in a negative way, you know?”

Lopez goes on to say chasing someone who ignores you can become a bad habit. “It becomes a habit and you’re like, ‘Why am I still doing this?’” she continues.

Lopez reunited with former fiancé Ben Affleck in 2020 after ending her engagement to former baseball player Alex Rodriguez. Right now, it seems like Lopez is getting the attention she needs from Affleck. The couple seems very much in love and committed to making sure things work out.

During an interview with The Wall Street Journal, Affleck describes his relationship with Lopez as “beautiful.” He didn’t get into a lot of detail about how they got back together, but he did convey that he’s grateful they rekindled their romance. He says appreciates that he was able to have a second shot at love.

“I am very lucky in my life in that I have benefited from second chances, and I am aware that other people don’t even get first chances,” Affleck tells the publication. “I’ve had second chances in my career. I’ve had second chances as a human being. Life is difficult, and we are always failing and hopefully learning from those failures. The one thing you really need to avail yourself of the opportunities provided from that growth is the second chance.”