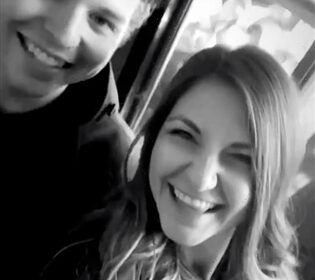 Back in January, Jeremiah Duggar and Hannah Wissmann got engaged after months of secretive dating.

In the weeks since, the couple has enjoyed sharing their happiness with fans, regularly posting pics in which their mutual affection is abundantly obvious.

In normal situations, no one would be happier for these two than their families.

But Jeremiah is a Duggar, which means that this situation is anything but normal.

If you’ve been following the family for any length of time, then you’re no doubt familiar with the infamous Duggar courtship rules.

Unmarried Duggars are allowed to speak with members of the opposite sex in order to find a suitable mating partner … but that’s about it.

They’re not allowed to kiss, hold hands for more than a few seconds, or “front hug.”

Courting and engaged couples aren’t even allowed to be alone together, and all dates are supervised by Jim Bob-approved chaperones.

In the past, Duggar sons and daughters have strictly adhered to these rules, but it appears that those days are done.

From the moment that Jeremiah and Hannah posted their engagement photo, fans have been pointing out that the couple doesn’t seem terribly concerned about the Duggars’ ridiculous rules.

In fact, many have noted that it looks as though Hannah and Jeremiah aren’t following any of the rules.

And while that’s probably an exaggeration, we can’t blame folks for rooting for these two to break free.

The latest round of encouragement and wishful thinking comes from an Instagram Story posted by Hannah, in which she and Jeremiah can be seen dancing together and then lying side-by-side on a bed.

That might sound perfectly innocent, especially for an engaged couple in their twenties.

But it’s a major violation of the Duggars’ strict rules, and critics of the family were quick to take notice.

On the always-amusing r/DuggarSnark subreddit, several commenters joked about Hannah and Jeremiah’s unexpected act of defiance.

“Great. Now she’s knocked up,” one person wrote, according to UK tabloid The Sun.

“I’m pregnant just from seeing this,” another added.

“They’re front hugging! So who knows what other wild shenanigans they are up to!” a third chimed in.

Others pointed out that there’s nothing unusual about the couple’s behavior.

“I just watched the video and they look like an average couple,” one redditor observed.

“The courtship rules like only side hugs and always chaperoned are clearly gone (at least for the boys),” another observed.

One person noted that enforcement of the rules might be more lax these days, simply because the Duggars are no longer reality stars.

“If this were when the cameras were still rolling, he’d be six feet away from her,” this commenter wrote.

And many others were quick to applaud and congratulate the young couple on not getting swept up in the usual Duggar chastity nonsense.

“Is it kinda sad my first thought was I was happy for them?” one person asked.

Of course, the answer to that question is “no.”

The younger Duggars didn’t ask to be born into this insane family, and it’s natural to feel happy for them when we see them forging their own paths.

All we can do now is hope that younger Duggars will follow in Jeremiah’s footstep and find their own freedom.