Jeremy Clarkson, 59, caused upset amongst social media users earlier this month when he spoke out about the deadly wildfires in Australia. The former Top Gear host made the comments in his column for The Sun, in which he appeared to joke about the situation and suggested God “set fire” to the country.

He began the piece by saying: “I’ve suspected for some time God didn’t want people to live in Australia.

“He created it as a continent far, far away where he could house all his experiments that had gone wrong.”

Jeremy then claimed that God was “embarrassed” about the animals who live in Australia and “decided to set fire to it”.

Twitter users were furious about the presenter’s article at the time, with one person fuming: “Hopefully Jeremy Clarkson gets the slap he deserves next time he is in Australia for whatever he does now.” 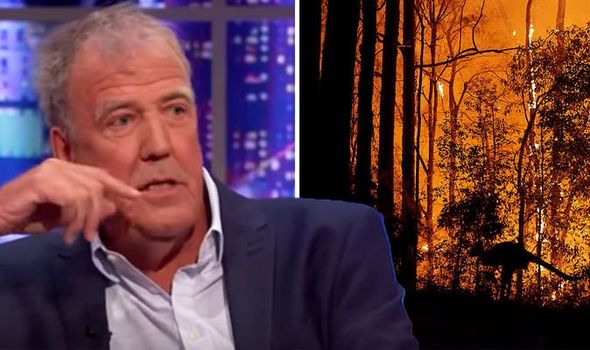 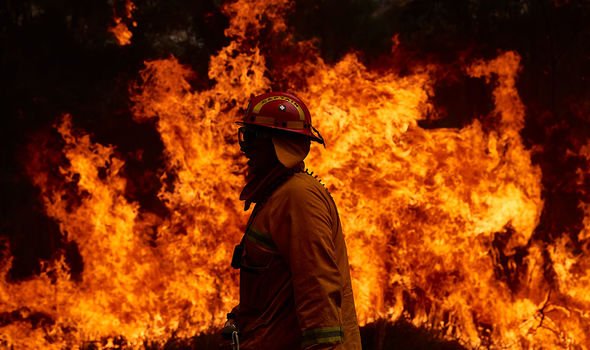 Another person wrote: “@JeremyClarkson I love almost everything you do. But that piece in @TheSun is bad. Really bad, mate. There’s a big difference between s**t stirring and then just acting like a t**t. Wasn’t even slightly funny, shocking delivery.”

However, The Grand Tour star has now backtracked on his statement about the Bushfires in his latest article for the publication.

Jeremy acknowledged the outraged reaction to his words and said on refection that it was “a stupid thing to say”.

He then went on to claim “the Green movement” was at fault for the fires instead. 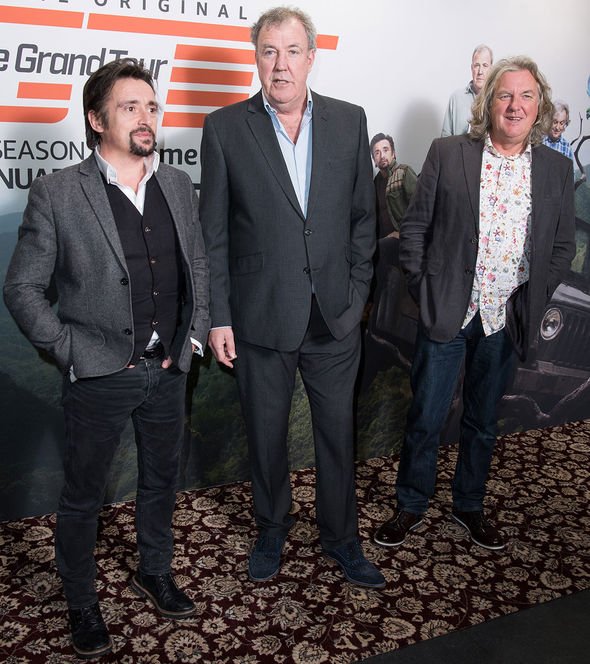 The car enthusiast wrote: “A few weeks ago, many people were upset when I suggested that God had set fire to Australia.

“I realise now that this was a stupid thing to say.

“Of course God did not set fire to it. The Green movement did.”

He continued: “Yes, climate change causes longer, hotter spells that increase the likelihood of a fire starting. But what made it became so huge was ill-informed eco thinking.

“In recent years, Australians have faced huge fines if they cut down a tree or even collect fallen branches.

“This means that when a fire starts, it has a ton of dry wood to get its teeth into. The Aboriginals understood this. The early white settlers did too. That’s why they had controlled fires to manage the land properly.”

“So, by trying to save the country’s wildlife, they’ve ended up incinerating it.”(sic)

Elsewhere, Andy Wilman, who worked alongside Jeremy as the executive producer of both The Grand Tour and Top Gear, recently opened up about the anger he felt after the star’s suspension from the BBC show.

The outspoken TV personality’s contract wasn’t renewed after he made an “unprovoked physical attack” on a producer from the show.

Speaking on The Media Show podcast, hosted by Amol Rajan, Andy said: “I think it was so clumsily handled. Netflix’s 2020 Movies Ranked From Worst to Best, According to Rotten Tomatoes Ratings
We and our partners use cookies on this site to improve our service, perform analytics, personalize advertising, measure advertising performance, and remember website preferences.Ok