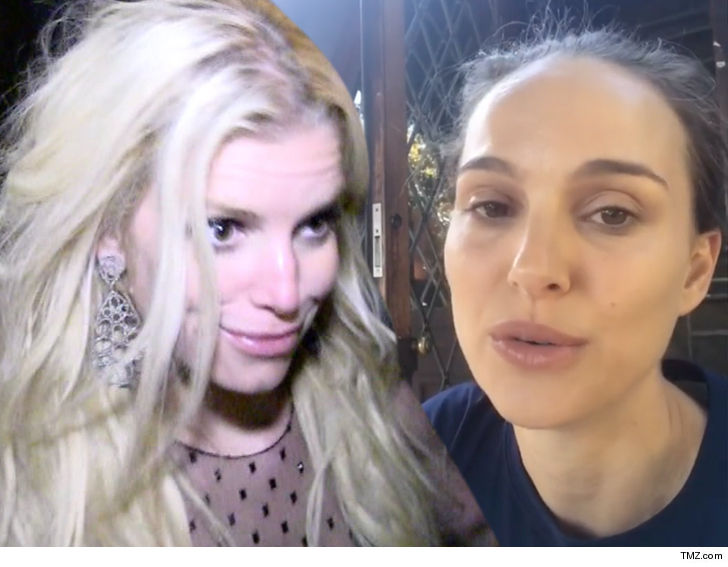 Jessica Simpson is firing back at Natalie Portman for saying she got mixed messages from one of Jessica’s famous magazine covers way back in the day.

Jessica called out Natalie Wednesday, saying she’s “disappointed” Natalie is slut shaming her for posing in a bikini, while also boasting about being a virgin.

In a recent interview, Natalie told USA Today, “I remember being a teenager, and there was Jessica Simpson on the cover of a magazine saying ‘I’m a virgin’ while wearing a bikini, and I was confused. Like, I don’t know what this is trying to tell me as a woman, as a girl.” 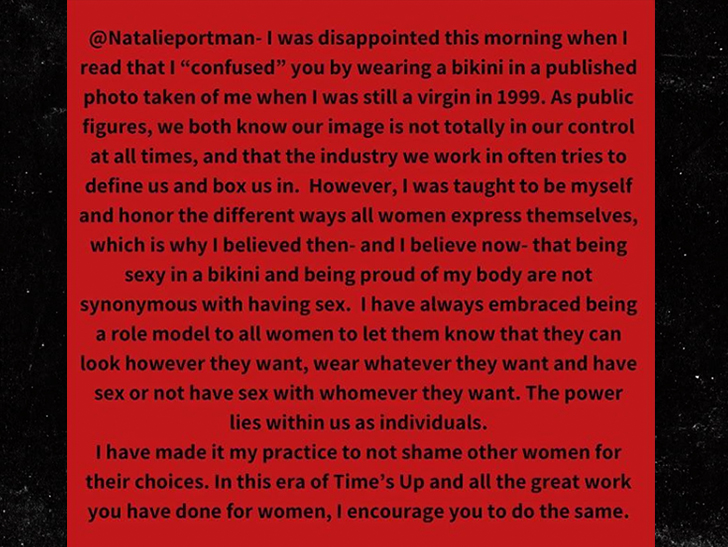 Natalie, who plays a pop star in her new movie, “Vox Lux,” was talking about real-life pop stars and the virgin/vixen paradigms pushed by the music industry in the late 1990s.

Jessica thinks Natalie should know better … telling her, “As public figures, we both know our image is not totally in our control at all times, and that the industry we work in often tries to define us and box us in.”

Jessica further scolds Natalie by writing, “being sexy in a bikini and being proud of my body are not synonymous with having sex.”

The pop star’s social media rant included some shade for Natalie — “I have made it my practice to not shame other women for their choices. I encourage you to do the same.”