Jill Duggar and her husband, Derick Dillard, weighed in on her brother Josh Duggar’s arrest after he was taken into custody in Arkansas on Thursday, April 29.

“We just found out this information yesterday,” the couple told Us Weekly on Friday, April 30. “It is very sad.”

Josh Duggar’s Lawsuits, Scandals and Controversies Over the Years

News broke on Thursday that Josh, 33, who is the oldest of the 19 Duggar children, was placed on a federal hold at the Washington County jail and detained without bail. The following day, he was charged with receiving and possessing child pornography.

The father of six, who is currently expecting his seventh child with wife Anna Duggar, pleaded not guilty during his arraignment on Friday. If convicted, Josh faces up to 20 years in prison and $250,000 in fines for each count. The TV personality’s trial is set to begin in July. 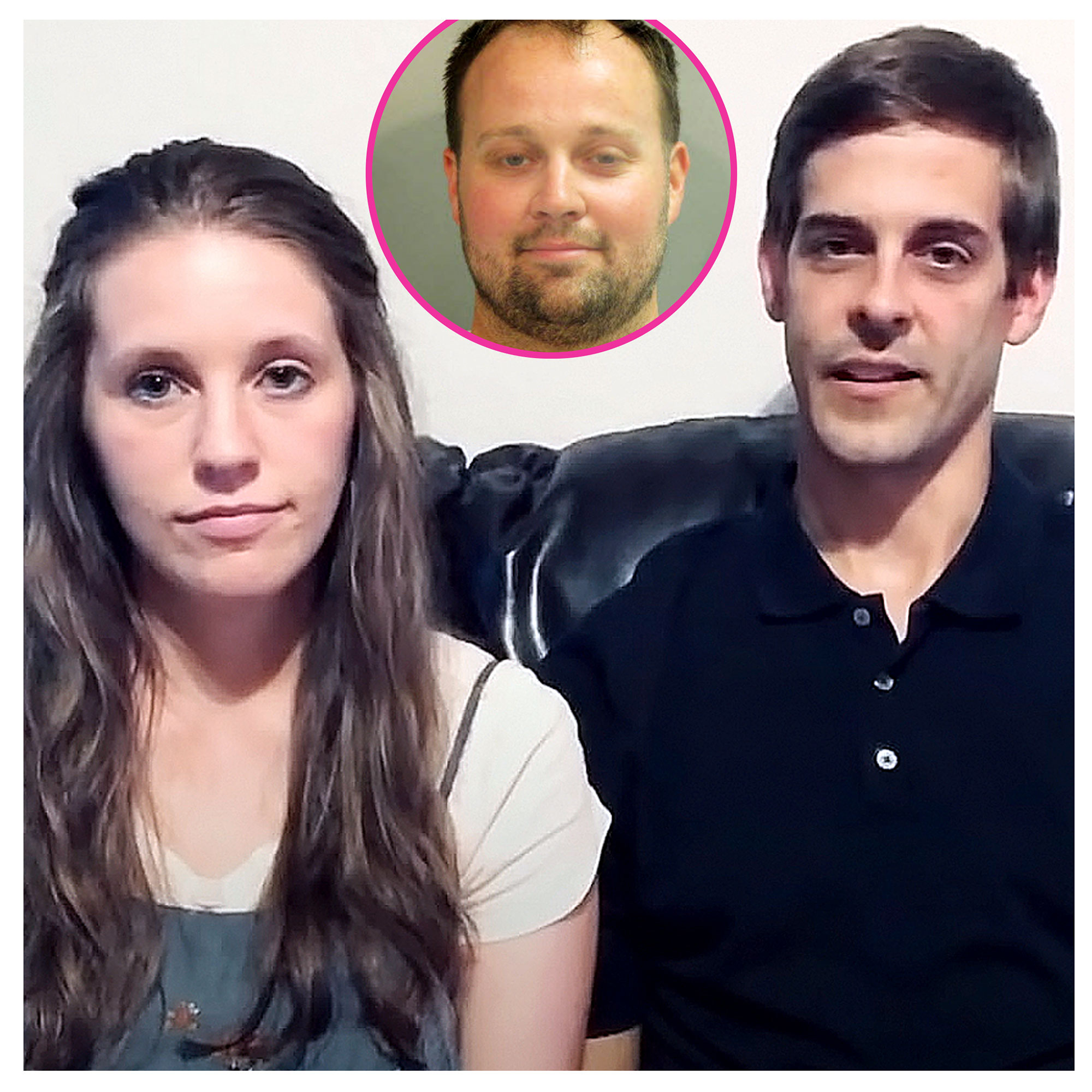 Josh was previously accused of molesting multiple girls when was a teenager. After the scandal made headlines in 2015, he admitted to the allegations and apologized in a lengthy statement. His troubles didn’t stop there, however. The 19 Kids and Counting alum, who shares Mackynzie, 11, Michael, 9, Marcus, 7, Meredith, 5, Mason, 3, and Maryella, 17 months, with Anna, 32, confessed to cheating on his wife later that year and completed a stint in rehab.

Josh’s sister Jinger Duggar reflected on her brother’s past scandals earlier this month, telling Us exclusively, “Our family was way closer because of that and in spite of that. I will never forget how I felt in that moment.”

Meet the Duggars! Get to Know Jim Bob and Michelle Duggar and Their 19 Kids

The Duggar family released a statement on Friday regarding Josh’s most recent arrest and charges, saying, “The accusations brought against Joshua today are very serious.”

Jim Bob Duggar and Michelle Duggar, who share Josh and his 18 other siblings, added that it’s their “prayers that the truth, no matter what it is, will come to light” and the matter will be resolved quickly.

“We love Josh and Anna and continue to pray for their family,” they concluded.

Their daughter Jill, on the other hand, has kept her distance from her family since she and Dillard, 32, stepped away from the group’s spinoff series, Counting On, in 2017.

The 29-year-old former reality star, who shares sons Israel, 6, and Samuel, 3, with Dillard, revealed in October 2020 that there had “been some distancing” between her and relatives that she’s “not on the best terms” with.

Three months later, the couple told Us exclusively that they’ve been “learning to develop boundaries” with Jill’s family. “[There’s] a little bit of drama there,” the Growing Up Duggar coauthor said in January.

Duggar Love! Relive All of the Family’s Courtship Beginnings

“We definitely feel like we’re in a healthy place now for our family and have control over our lives,” she told Us. “Certain people are more supportive than others. I think it ebbs and flows with a family of that size. Every family has drama and so when you’ve got that many more people giving opinions or whatever, it can get crazy.”

Last month, Jill admitted that she hasn’t visited the family home in a few years. “We’d like for it not to stay that way but that’s where we are now,” she said in a YouTube video with her husband, adding that the couple is focusing on making their “mental and emotional health” a priority.