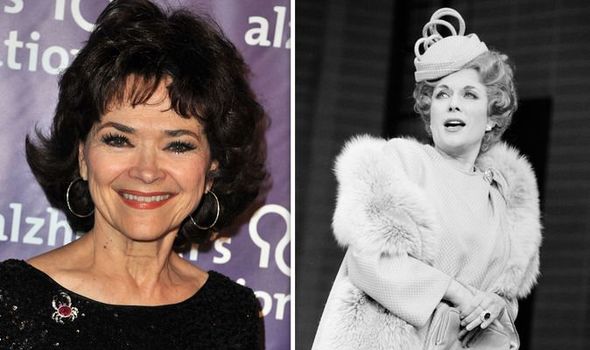 JILL Gascoine, the well-known British actress who was made famous following her roles in The Gentle Touch and The Onedin Line, has died at the age of 83.

Her family told the BBC she died following a long illness, and her second husband Alfred Molina, who was also an actor, confirmed back in 2016 she was in the advanced stage of Alzheimer’s Disease.

She rose to fame in the 1980s having played DI Maggie Forbes in ITV’s The Gentle Touch – the series became prominent for being the first British police drama with a woman taking the main role.

The London-born actress, who was born in 1937, started her acting career in theatre before taking on roles in the world of TV.

In her later years, having moved to LA with her second husband, she became a novelist.

Then in 2009 it was revealed she would be moving back to the UK to take on a role in Eastenders, playing Glenda Mitchell.

However she left the soap on the first day of filming, and her role was taken on by actress Glynis Barber.

Tributes have been paid to the talented actress on social media, with one fan saying: “So sad to hear of the death of actress Jill Gascoine, a real heroine of my childhood as DI Maggie Forbes in the groundbreaking The Gentle Touch and its dafter spin-off C.A.T.S. Eyes.

“If you ever catch me stirring my tea with a biro, it’s because Maggie Forbes did it.”