He’s made millions following the success of his cookbook and his online fitness classes.

And Joe Wicks has revealed he’s finally been able to repay his mum for all of her support through his career, by buying her a house.

The Body Coach, 33, who is thought to be worth around £14.5 million, revealed on Instagram Stories he surprised his mum Raquela by buying her home after the family grew up on living on a council estate. 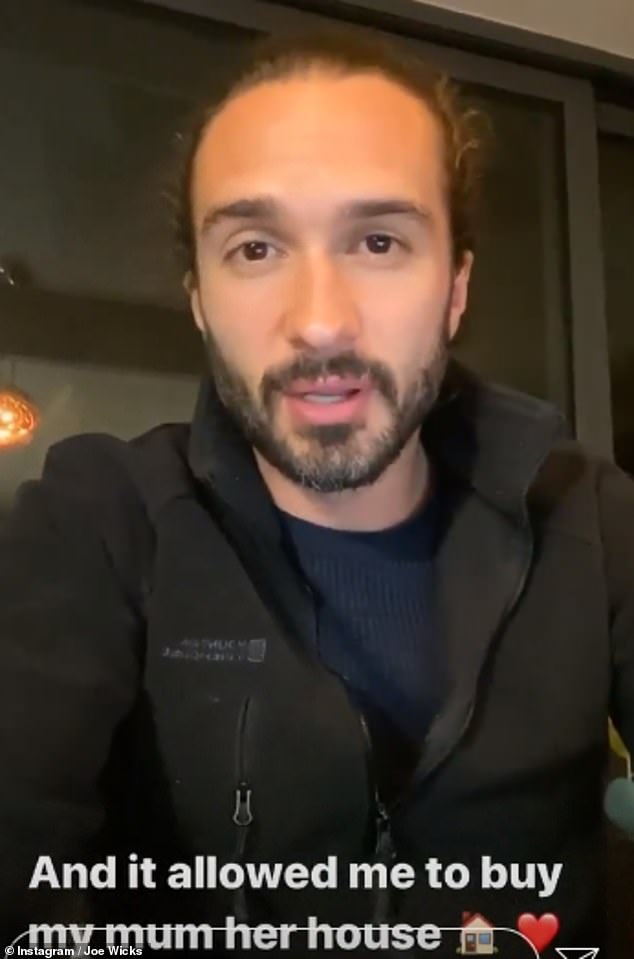 Kind: Joe Wicks, 33, has revealed he’s bought his mum Raquela a house after making millions from his cookbook series

In a slew of posts Joe appeared to reflecting on the success of his cookbook series, ahead of the release of his first children’s book Wean In 15.

The star – who has been dubbed The Nation’s PE teacher – said he always dreamed of being able to spend his earnings on his mum, after she supported him in the earliest days of his career.

He told fans: ‘I’m eternally grateful for every single person who followed me and bought one of them books for themselves or family member. That changed my life, I never in a million years predicted we’d sell anywhere near that many books.’ 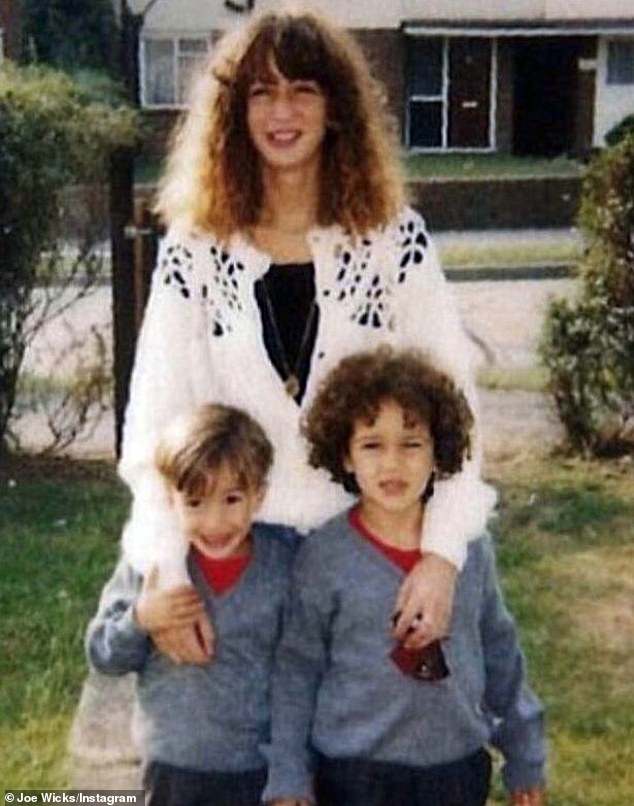 Surprise! The Body Coach told fans he wanted to repay his mum Raqula for supporting him throughout his career (pictured as a boy with his brother Nikki)

He added: ‘They said if we sell 70,000 books in the first year we’ve had a success, and we sold like one million books.

‘And it allowed me to do the one thing I think most boys dream of doing when they earn a bit of dough – buy your mum a house.’

Joe grew up on a council estate in Epsom, Surrey, with his mum Raquela and brothers Nikki and George, and he borrowed £2,000 from her and his dad to become a personal trainer, and kickstart his fitness empire. 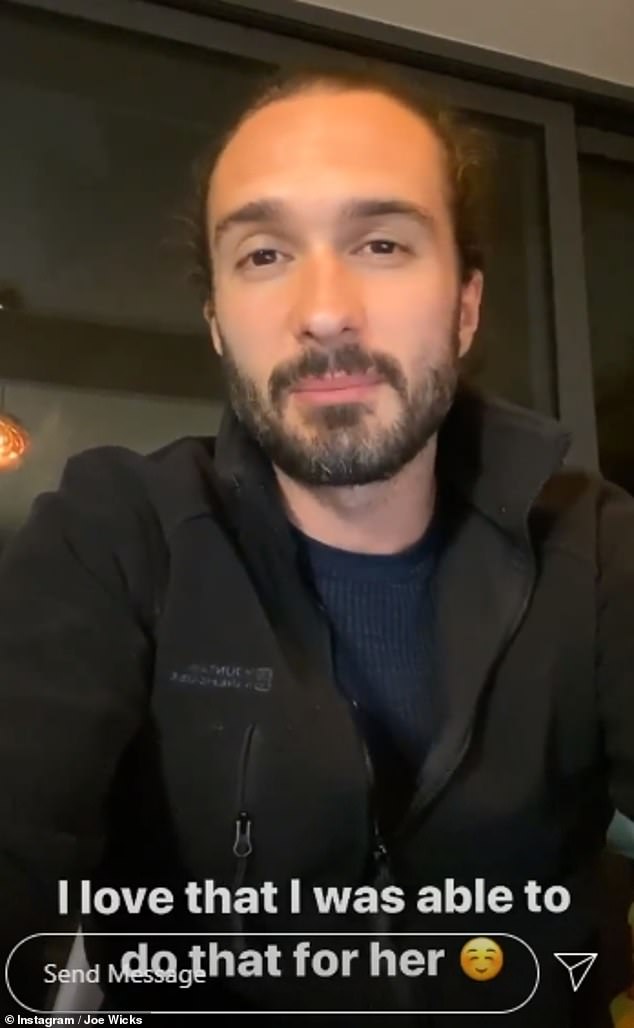 Moving: He told fans: ‘When I could take that money I earned from that book and say ”mum, I’m buying your house. It’s yours,” that was an amazing moment for me’

Explaining why he surprised his mum with the gift of a house, he said: ‘My mum’s always lived in a council house, we’ve never had mortgages, it wasn’t on the radar for us.

‘So when I could take that money I earned from that book and say ”mum, I’m buying your house. It’s yours,” that was an amazing moment for me. That’s something she’s always dreamed of.

‘She’s wanted to own something, so she lives there and she’s so happy.’ 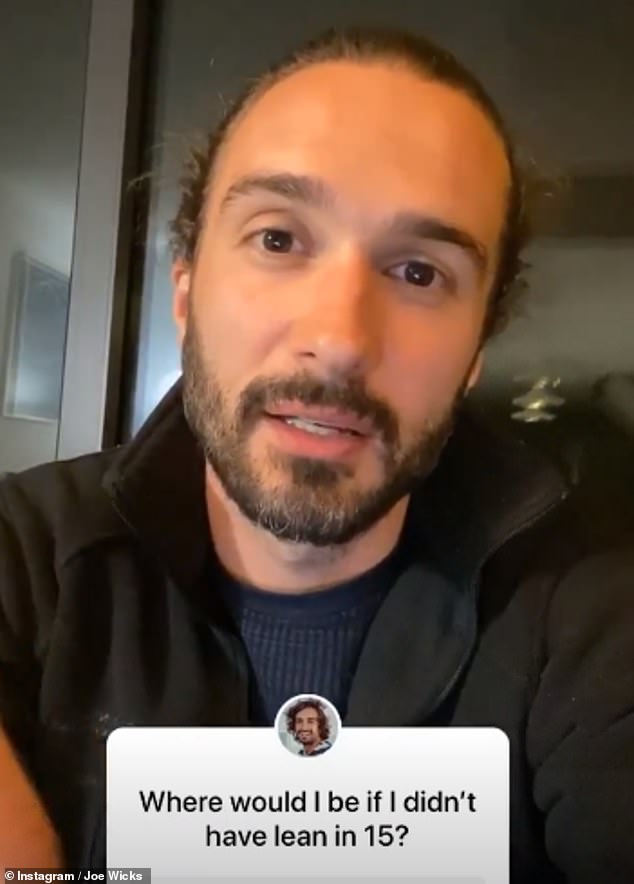 Money-maker: Since the release of his first book in 2015, Joe is thought to have accumulated around £14.5 million through his cookbooks and fitness empire

It comes following reports that Joe has trademarked his name as he prepares to grow his fitness empire with a food and a cookery line.

As reported in The Sun, the fitness fanatic’s next business venture could include a kitchen utensils range as well as various food products.

Since the release of his first book in 2015, Joe is thought to have accumulated around £14.5 million. 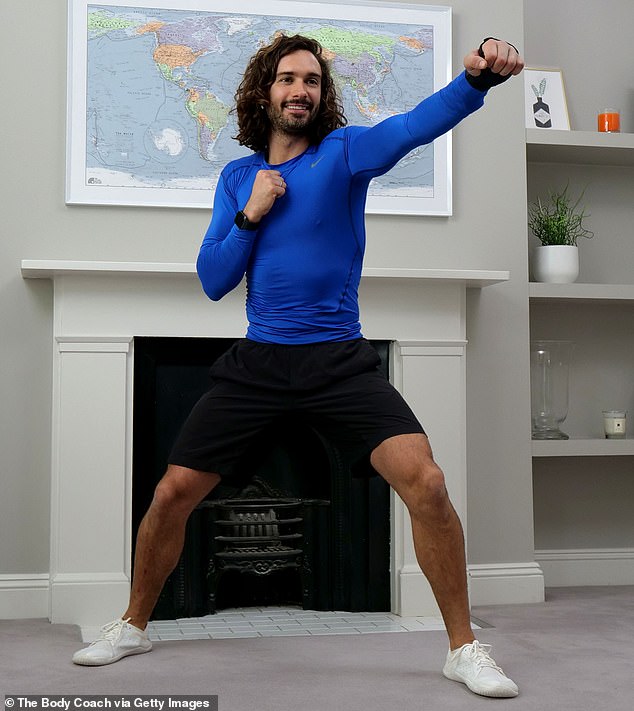 Success: It comes following reports that Joe has trademarked his name as he prepares to expand with a food and a cookery line