John Cena is a 16-time WWE World Champion, a New York Times Bestselling Author, has been in multiple blockbuster movies, and he’s also a self-proclaimed BTS fan. Since 2018, Cena has been vocal about his support for BTS, and during his most recent late night interview, he shared some sentimental reasons why he’s so appreciative of Jin, Suga, J-Hope, RM, Jimin, V, and Jungkook, and what the boys are doing for the music industry. John Cena’s speech about BTS on The Tonight Show will seriously make ARMYs emotional.

Back in February 2020, BTS appeared on The Tonight Show With Jimmy Fallon where they discussed their hope to someday meet Cena. The former WWE star was thrilled about BTS’ conversation with Fallon about him, and tweeted excitement at the time, writing:

So when Cena dropped by The Tonight Show on Sept. 29, it was only a matter of time until Fallon brought up BTS, and Cena shared the most heartfelt explanation of what being a fan of the band means to him.

Cena went on to gush over the BTS ARMY, saying they are not just "geeked out fans," but a fanbase that stands for so much more. "BTS donated a million bucks to Black Lives Matter, and the ARMY was like, ‘Yo if they can do it, we can do it," he said of the boy’s donation to BLM in June. "Fans who are already coming out of pocket to support artists, came out of pocket more, to support charity. This isn’t the first time they’ve done this. BTS ARMY charity gives a bunch to philanthropic causes." 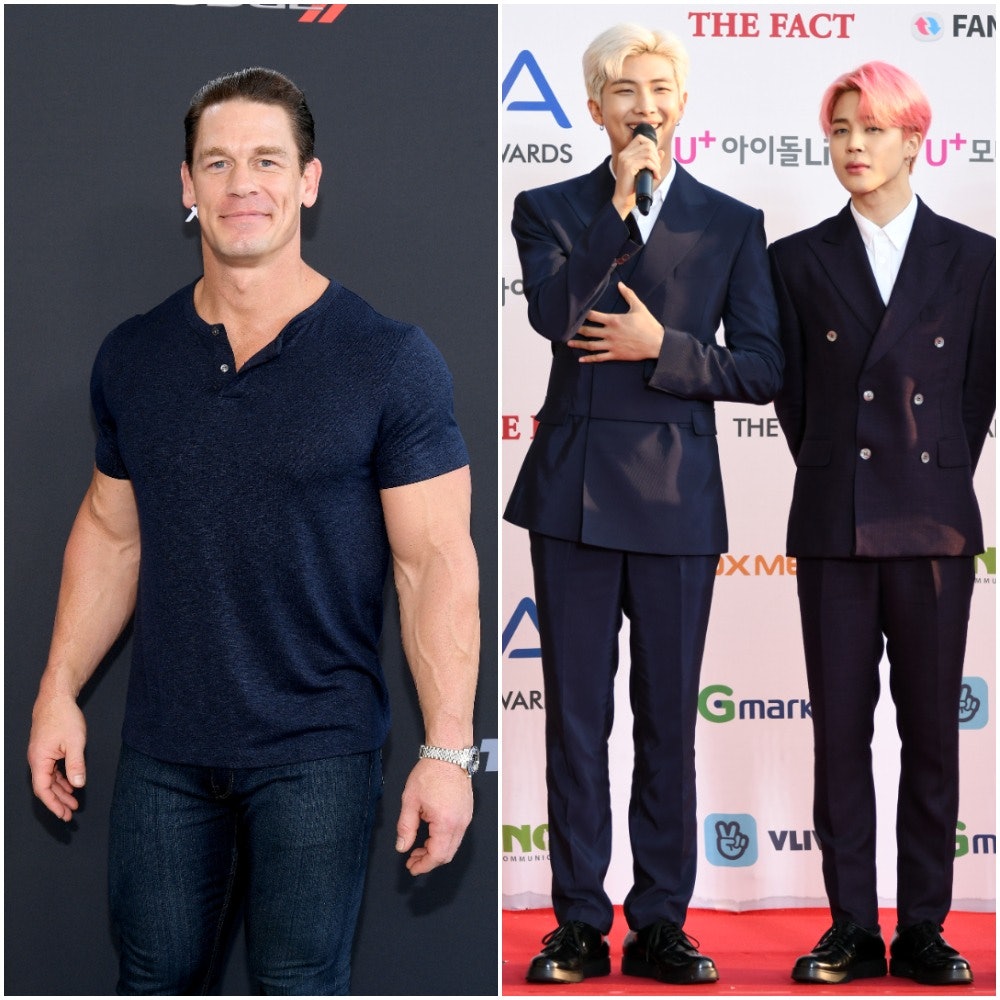 Cena added: "That’s work, and that’s purpose, and that’s f*cking changing the world. That’s impressive … I don’t care how you feel about them. I don’t care if that’s your bag or if not, it’s music. You have your opinion, you like what you like. How they conduct themselves as human beings, and the message they send to the world? Man, that’s something special."

It’s clear Cena’s adoration for BTS is continuing to grow, and the world can’t wait for the day he, Jin, Suga, J-Hope, RM, Jimin, V, and Jungkook get to finally meet face-to-face.