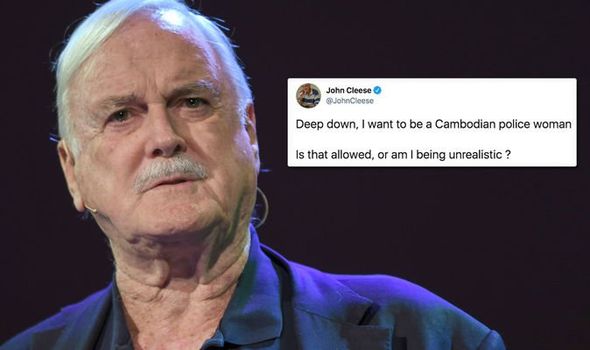 John Cleese made a joke that some have said is transphobic on Twitter today, sparking a backlash online. The 81-year-old shared his tweet after showing support for Harry Potter author JK Rowling, who has been criticised for her transgender comments in the past.

Back in September, John informed his 5.7 million followers that he had added his name to a letter, signed by a host of well-known people, in support of the writer.

Earlier today, a user shared a screenshot of his September 30 post, which read: “Dear Twits, I have added my name to the signatories of the letter in solidarity with JK Rowling.”

“Why the f**k can’t you just let people be who they want to be?” an irate social media user replied to the post.

The message continued: “Do you actually think there is some deep conspiracy to turn people ‘against their genders’? Or do you like her as a person and therefore there isn’t anything she can do wrong? Latter probably…” 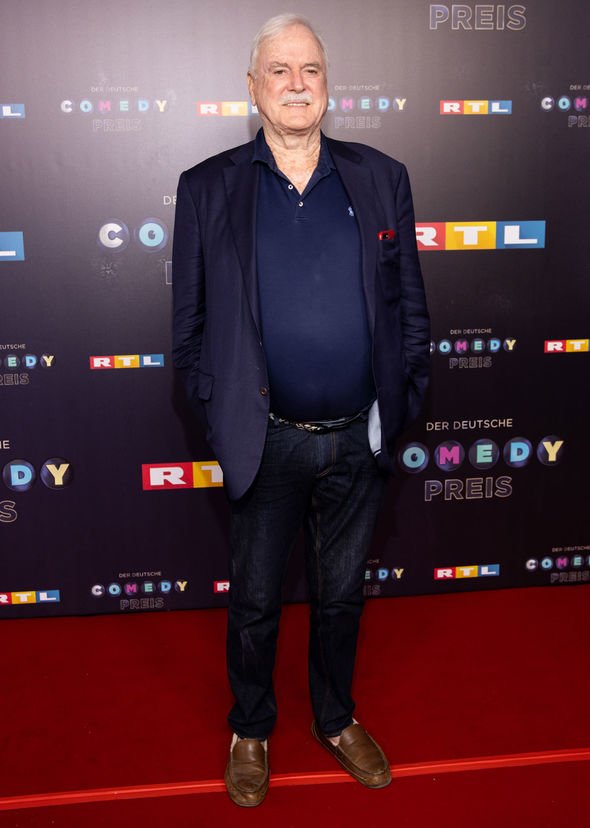 “Deep down, I want to be a Cambodian police woman,” the Monty Python star replied.

“Is that allowed, or am I being unrealistic?” he continued.

Social media users instantly took to the comments section of the post to share their thoughts on the matter.

“You’re obviously welcome to your opinions. However, you have to understand this statement is deeply unkind and will alienate a lot of people who I imagine loved you and your work. 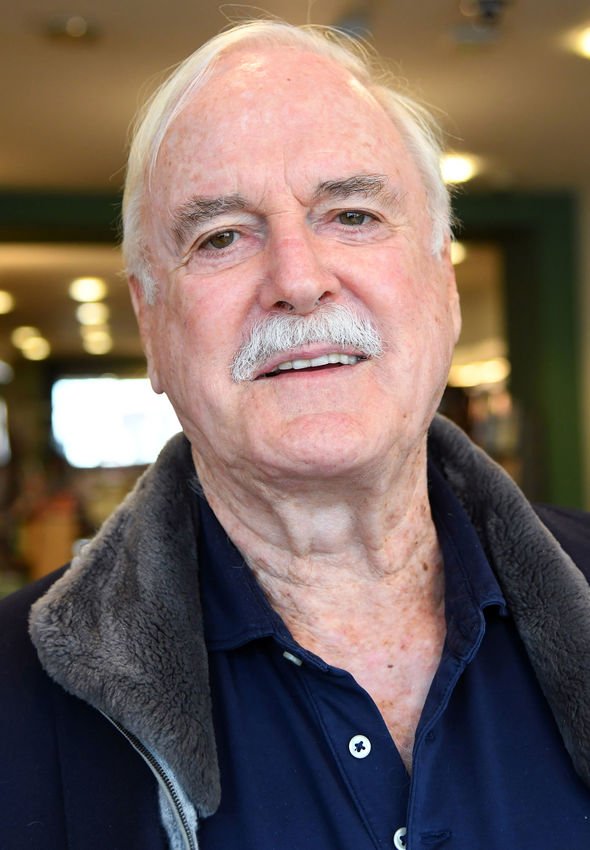 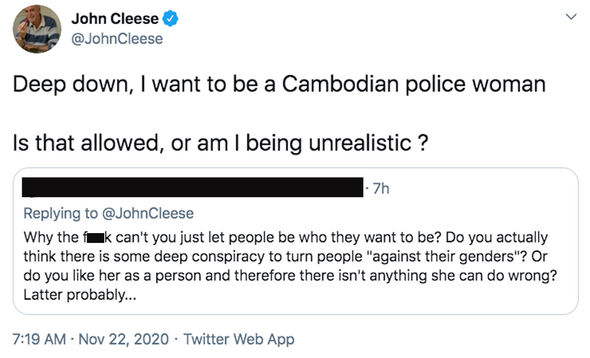 “Oh, man. I’ve been a fan of Monty Python & some of your other work for years and it’s so disappointing to see you take such a hurtful stance on this issue.

“Trans people are being attacked & invalidated from every angle, & instead of being supportive & uplifting? You say this,” another added.

“Watching the meltdown from some people in this thread… It is obviously a joke. He is a comedian. Get a grip, folks,” a third follower remarked.