John McCain‘s life will be celebrated at a memorial service before a huge crowd … and TMZ will be live streaming it when it starts at approximately 10 AM PT.

The late senator’s family and friends — along with local and tribal officials as well as civic leaders from across the state — are slated to attend Thursday morning’s service at North Phoenix Baptist Church. Around 1,000 seats were made available to the public. 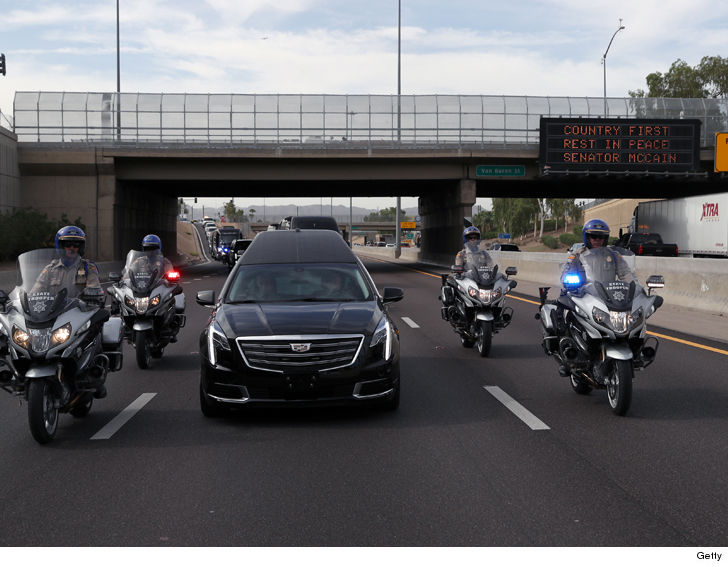 After the motorcade arrives, the Arizona National Guard will retrieve the casket and proceed to the front of the church where the casket will be placed. For obvious reasons, security will be tight.

Former Vice President Joe Biden is scheduled to speak about McCain. He will also serve as one of the pallbearers for McCain’s funeral Saturday in D.C.

On Friday, McCain’s casket will be transported to D.C. where family, friends, colleagues and staff will pour into the U.S. Capitol Rotunda for a private ceremony honoring McCain’s life. When the formal ceremony ends, the public will have a chance to also pay their respects. Doors to the public open at 2 PM ET and are slated to stay open until 8 PM ET.

McCain’s National Memorial Service will be held Saturday at 10 AM ET at the Washington National Cathedral. Former presidents Barack Obama and George W. Bush – both former political rivals of McCain — are set to deliver eulogies at his request.

Along with Biden, 14 others will carry McCain’s coffin at the memorial service … including actor Warren Beatty, former New York Mayor Michael Bloomberg and former Secretary of Defense William Cohen.

President Trump will not attend McCain’s funeral after being made persona non grata, and McCain’s former running mate in 2008, Sarah Palin, has also reportedly not been invited.

Since his death, heartfelt tributes from celebrities and fellow politicians have poured in for McCain … including from Sen. Lindsey Graham, who told us he vows to do better to honor his friend. 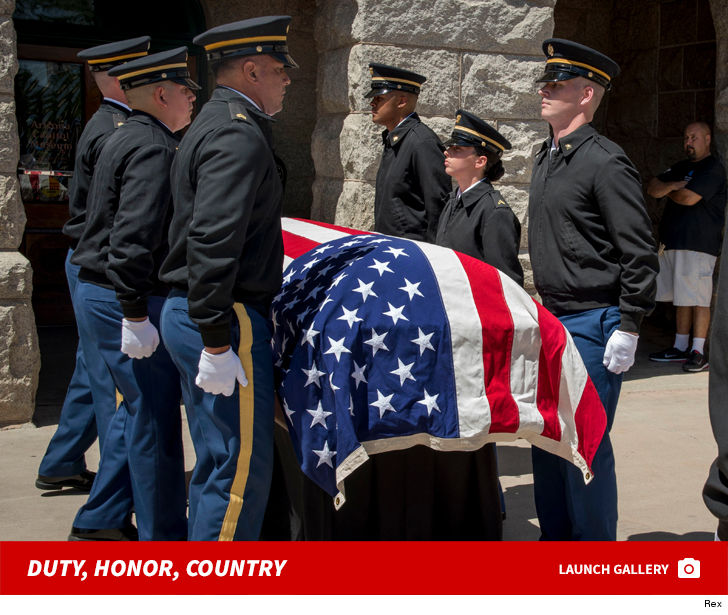 On Wednesday morning, the Arizona Army National Guard carried McCain’s casket into the AZ State Capitol Museum rotunda for a private ceremony for family and colleagues … including remarks by Arizona Gov. Doug Ducey.

McCain’s wife, Cindy, and daughter, Meghan, were both very emotional at the sight of his casket.

The late Senator was the third person to lie in the rotunda in the last 40 years … Arizona state Senator Marilyn Jarrett and Olympic gold medalist Jesse Owens were the others. 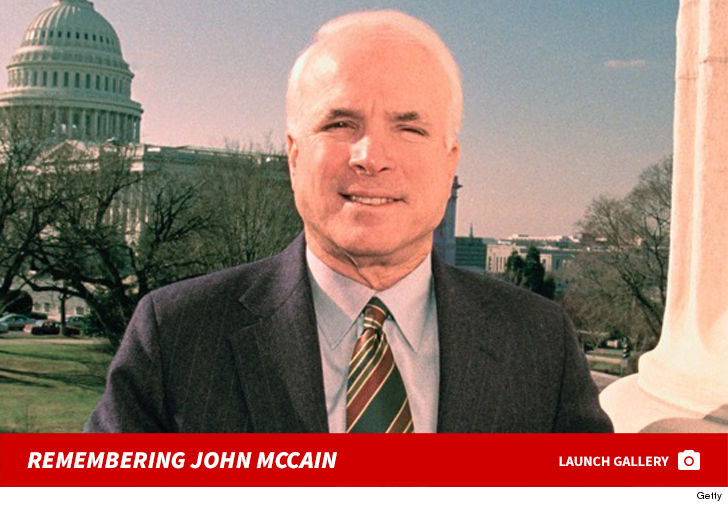