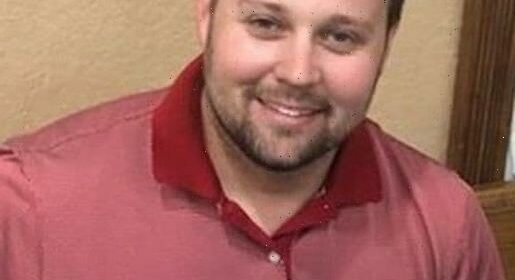 To the outside observer, it seems obvious that Josh Duggar will soon be headed to prison for a very long time.

But disturbingly, many who are close to the case — including Josh himself — remain convinced that he’ll beat the charges and be fully vindicated in court.

Whether this is a sign of self-confidence or self-delusion remains to be seen.

Whatever the case, this latest development might be the surest sign yet that Josh believes he has nothing to worry about in court:

According to a new report from The Sun, Josh was offered a plea deal back in March, but he turned it down.

If you’re familiar with the timeline of this story, then you’re probably aware that Josh was arrested in April, meaning the government offered to work with him even before he was taken into custody.

The exact terms of the deal are unknown, but we’re sure it involved a lighter sentence in exchange for a guilty plea.

The government had been building a case against the father of six since November of 2019, when agents from the Department of Homeland Security raided a car dealership owned by Josh.

At the time, it was rumored that the raid was a result of illegal hiring practices.

But the Duggars have known about the charges facing Josh for almost two years, and it seems that for at least most of that time, Josh has been confident that he’ll beat the charges.

Perhaps that explains the smug smirk in his mug shot.

The Sun has obtained a March 12 email that prosecutors sent to Josh’s lawyers, strongly encouraging them to accept the plea deal.

“The plea agreement contains a statement of facts, which should be a good summary reference when you are reviewing the discovery material,” the email reads.

“Significantly, Duggar’s cellular phone-including text messages he sent and pictures he took places him at the car lot on the date/times the child pornography images were downloaded and distributed.”

Clearly hoping to nudge Josh and his team in the right direction, prosecutors then sent a “recap” of a meeting they’d recently had with Homeland Security agents.

The agents showed prosecutors “all the child pornography images discovered during the forensic search,” a fact that they DA’s office mentioned in order to  remind the defense of just how ugly Josh’s trial is likely to become.

We don’t know if Josh’s lawyers encouraged him to take the deal, but either way, that offer was also declined by the former reality star.

So it appears that Josh will stick with his “not guilty” plea, and his csse will go to trial on November 30.

His lawyers have once again requested that the trial be postponed to allow them more time to prepare, but this time, it looks as though their request will be denied.

Besides, at this point, isn’t the idea that they would need more time to prepare a little absurd?

Josh has known about the charges against him since freakin’ 2019.

When he’s eventually found guilty, it won’t be because his lawyers were unprepared.

And if he ends up getting sentenced to the full 20 years, he’ll have no one but himself to blame.

After all, it’s not his attorneys’ fault that they have a fool for a client.