EastEnders legend June Brown, 93, has revealed she can’t watch the BBC show anymore after recently quitting her iconic role as Dot Cotton. The actress, who starred in the soap for 35 years, explained she finds it “difficult” to watch the television after being diagnosed with the incurable eye condition macular degeneration.

June underwent eye surgery in 2017 in an attempt to save her sight, but confirmed last year that she is unfortunately starting to go blind.

Opening up about the health issue to The Mirror, the star said: “I haven’t been watching it [EastEnders] as I find it difficult to see the television very clearly.

“If your sight is poor, there’s very little you can do. I read my Kindle instead. I can see where everything is around the house but nothing’s clear.”

June announced her decision not to return to Albert Square earlier this year. 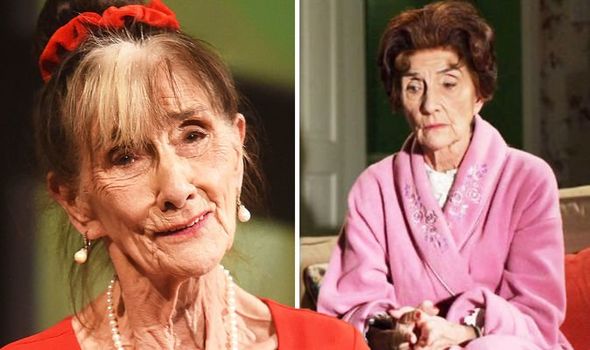 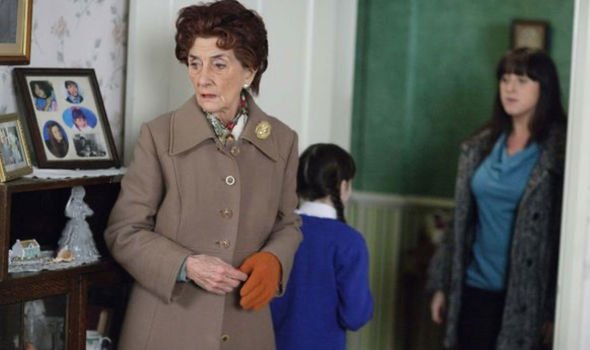 Her final scenes showed her character Dot moving to Ireland after her step-granddaughter Sonia stole money from her.

Although BBC bosses said there would always be opportunities for June to return to the soap, she insisted she has “left for good”.

June said during an appearance on the Distinct Nostalgia podcast: “I don’t want a retainer for EastEnders, I’ve left for good.

“I’ve sent her off to Ireland and that’s where she’ll stay.” 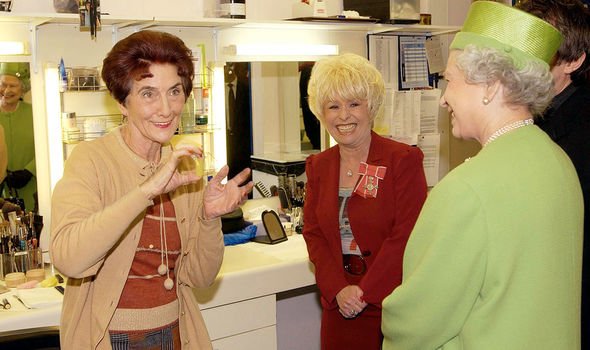 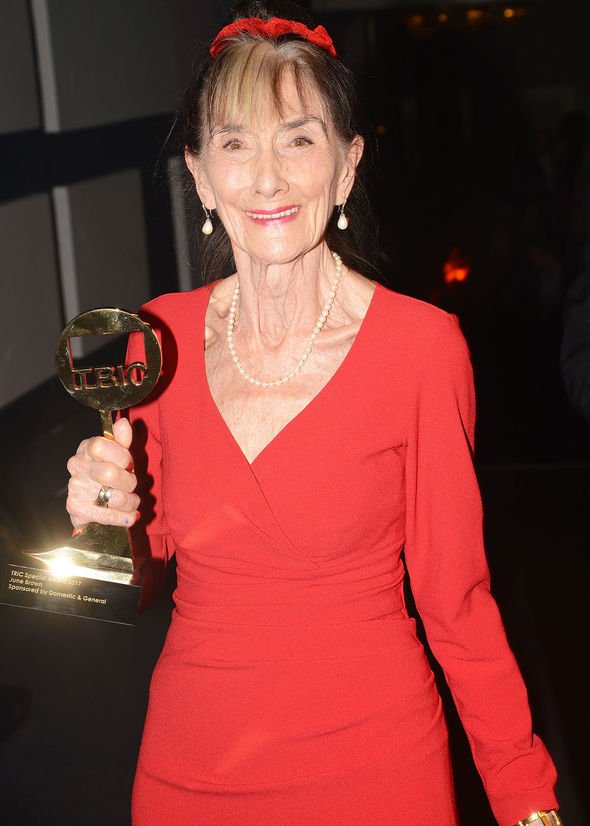 Reflecting on her time in the soap, June revealed: “I enjoyed myself enormously for the years that I was in it.

“I used to leave occasionally for other work because I don’t think it’s good to do the same thing.

“I can hardly believe I went in to do three months and then I was asked if I wanted to be a permanent character. I had no idea it was going to be for 30-odd years.

“I enjoyed most of it. I loved the people, the make-up and wardrobe. It was like a family. I shall miss it.”

Elsewhere, June said she was going to write to the Queen to say sorry for her mishap when she collected her MBE over a decade ago.

The television personality addressed her mistake in an interview with the Radio Times last year.

On meeting the monarch as part of her milestone birthday, she started: “She [Queen] didn’t have a clue who I was.

“Her aides weren’t there to introduce me, so she gave me a look and just walked off, which made me fall about laughing.”

June continued: “I met her again when she presented me with an MBE [in 2008], but when I was called I tripped on the step in front of her and almost fell over.

“She said something about enjoying EastEnders and for some reason I replied, ‘I didn’t think you’d see it because it clashes with your dinner’.”

The star then quipped: “I didn’t even call her Ma’am or Your Majesty, so later I thought about writing to her to apologise. But I suppose at least I made her laugh.”