Justin Bieber admits he was 'reckless' 'crazy' and 'wild' with Selena

Justin Bieber has admitted that he was ‘reckless’  while dating Selena Gomez and he was still hurting from the eight year relationship when he began his romance with Hailey Baldwin.

The Sorry hitmaker, 25, who married Hailey in 2018, added that he initially told the model that he wouldn’t be faithful as he was still dealing with ‘unforgiveness’ from the previous relationship.

Speaking to Zane Lowe on Apple Music, the singer revealed he told Hailey: ‘I’d let her know prior to the tour when we were hanging a lot. 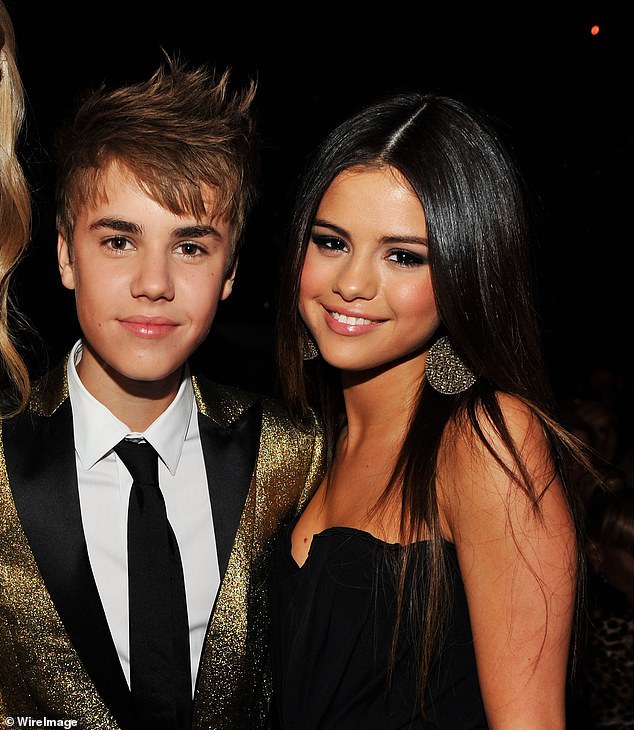 Old flame: Justin Bieber has admitted that he was ‘reckless’ while dating Selena Gomez and he was still hurting from the eight year relationship when he began his romance with Hailey Baldwin. Pictured together in 2011 at the Billboard Music awards

‘I said, “Listen, I’m still really hurt and still trying to figure out my way, and I’m not ready to make a commitment to you in a way that … I just don’t want to say something and do the opposite”

‘I was at the point where I’d done that in the past. And I just was honest with her, I was like, “I’m not in a place to be faithful,” and all this sort of stuff, that I wanted to be – but I just wasn’t there yet.’

Asked what was hurting Justin at the time, he explained: ‘I think I was just hurt from my previous relationship. 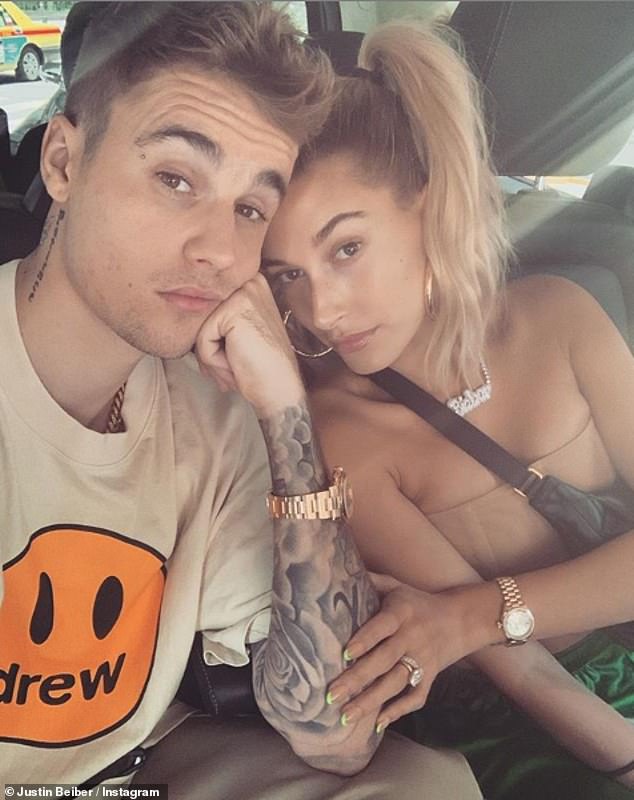 New romance: The Canadian-born star added that Hailey changed things for him, and that seeing her hurt made him change his behaviour. Pictured with Hailey

But the Canadian-born star added that Hailey changed things for him, and that seeing her hurt made him change his behaviour.

‘I was just in a place where I knew I didn’t want to tell [Hailey] one thing and … I felt like she respected me at the time and I had a lot of respect for her, and so I just didn’t want to say something and then she’d see me off doing some other thing. 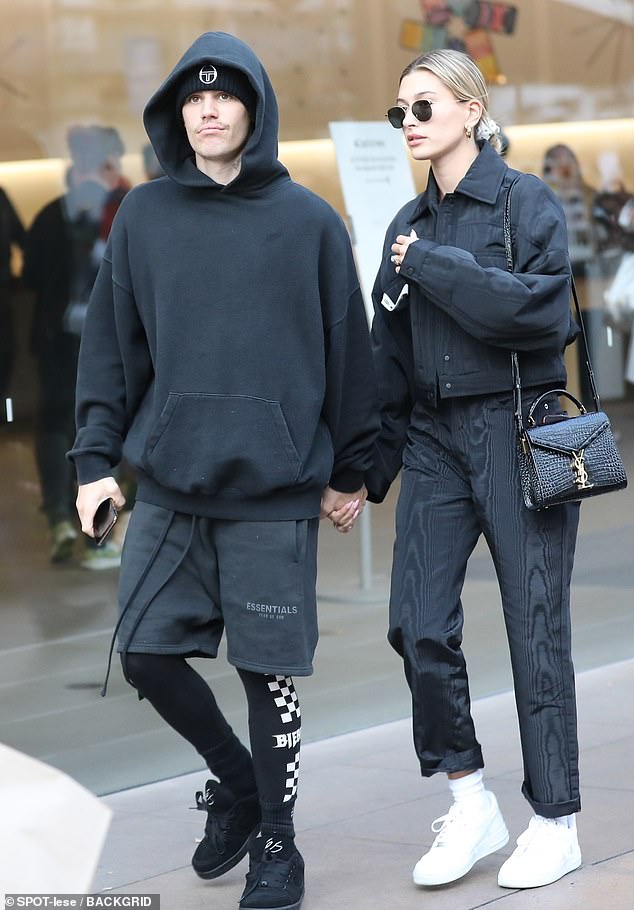 Heartbreak: Following Selena and Justin’s final breakup, Justin created shockwaves when he quickly turned his attentions to Hailey, before marrying her in 2018. Justin and Hailey pictured in January 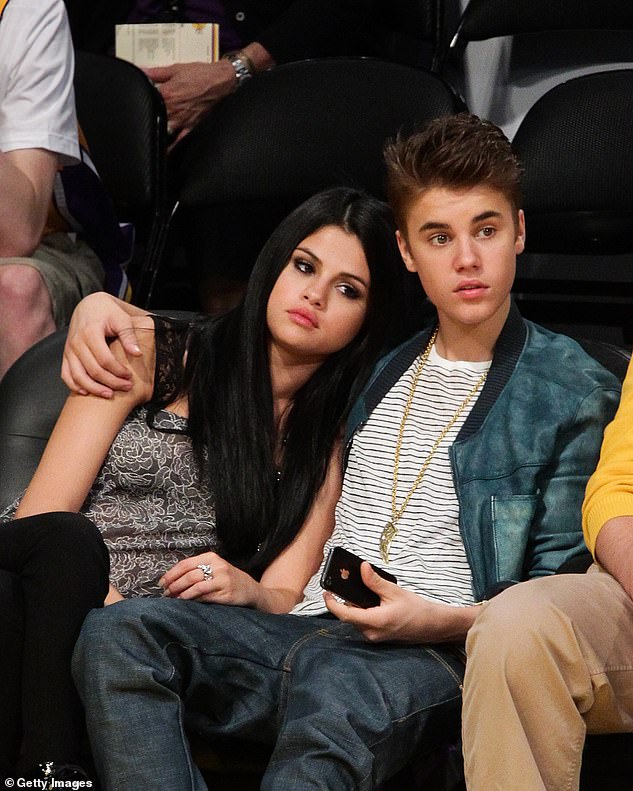 Healing: ‘It was very difficult and I’m happy it’s over,’ admitted Selena of the seven year romance. The couple seen here in 2012

‘But either way, she loved me and seeing me with other people hurt her. And so with that being said, she went out and did things that hurt me. And so just this hurt, I’ve hurt her, she hurt me.

When asked by the reporter if she was referring to ’emotional abuse’, Gomez replied in the affirmative.

‘Yes, and I think that it’s something that — I had to find a way to understand it as an adult.’

‘As much as I definitely don’t want to spend the rest of my life talking about this, I am really proud that I can say I feel the strongest I’ve ever felt and I’ve found a way to just walk through it with as much grace as possible,’ Selena concluded. 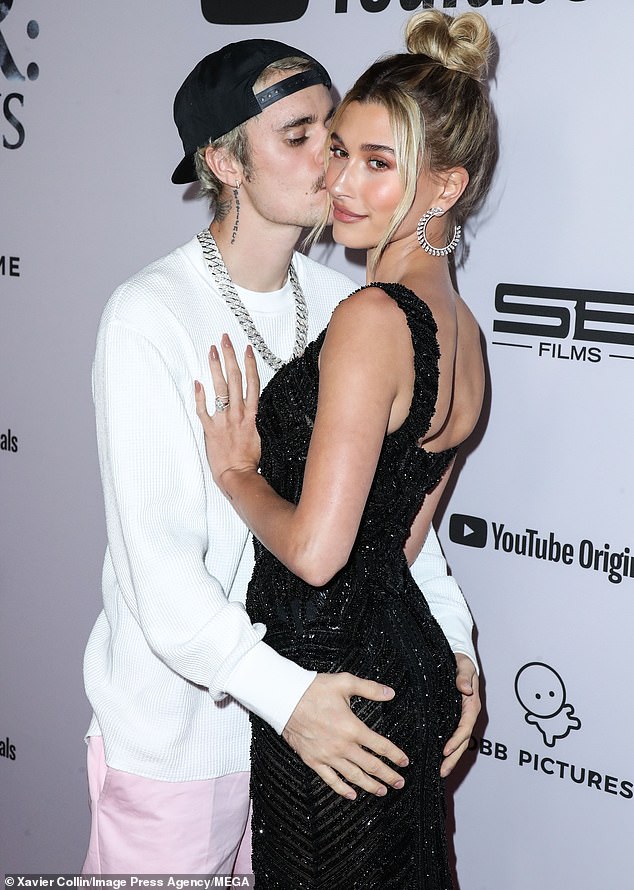 Loved up: Justin and Hailey (pictured in January) often put on affection displays in public

The discussion had first turned to Justin when the songstress talked about her hit song Lose You To Love Me, which Selena confirmed was about her on-off relationship with the Baby hitmaker.

‘I’m very proud of [the song]’ began Gomez. ‘I felt I didn’t get a respectful closure [in the relationship], and I had accepted that, but I know I needed some way to just say a few things that I wish I had said,’ she continued.

‘It’s not a hateful song; it’s a song that is saying — I had something beautiful and I would never deny that it wasn’t that.It was very difficult and I’m happy it’s over.’