Justin Bieber was on fire while playing a game of ‘the floor is lava.’

The pop star, 26, inventively made his way around his house without once touching the floor on Saturday night.

Hailey, 23, followed her husband close behind as he started from the living room couch, before eventually reaching their bedroom. 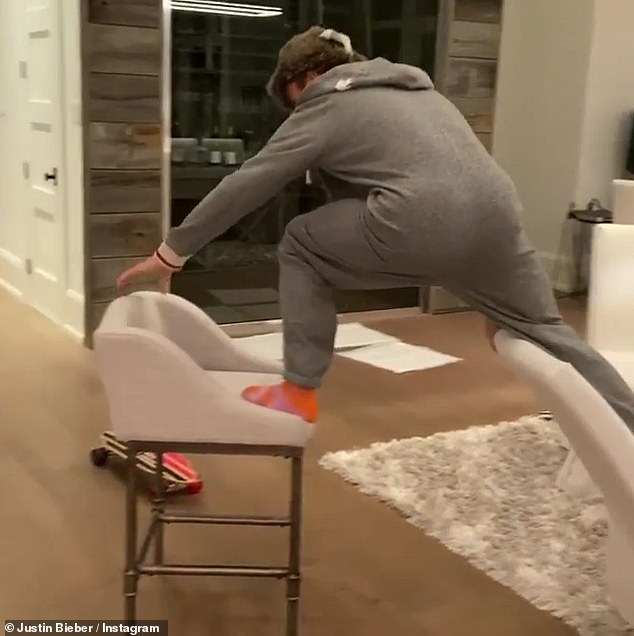 He’s on fire! Justin Bieber inventively made his way around his house without once touching the floor while playing ‘the floor is lava’ on Saturday night

At the start of the clip, Justin was sitting on the couch before his wife initiated the game.

‘The floor is lava,’ she stated simply, prompting him to stand up on the couch and carefully hop from chair to chair.

A skateboard was waiting for him at the end of the obstacle course, which he managed to propel forward without placing a foot on the floor.

The hit-maker glided around the corner, before moving to a second skateboard awaiting him. 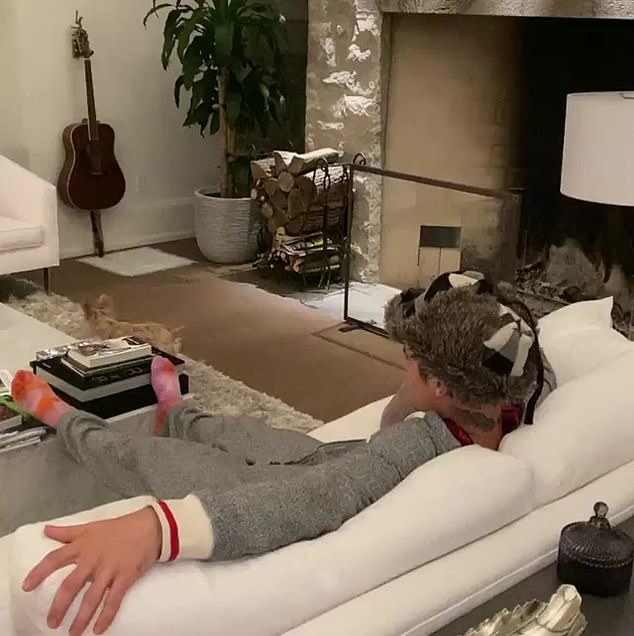 Kicking back: Bieber started the game, relaxing on the couch 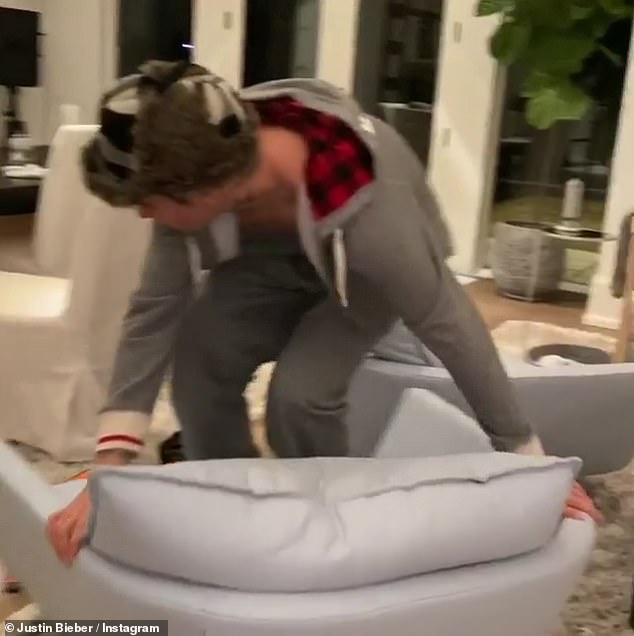 ‘The floor is lava’: Hailey initiated the game, prompting her husband to move from chair to chair 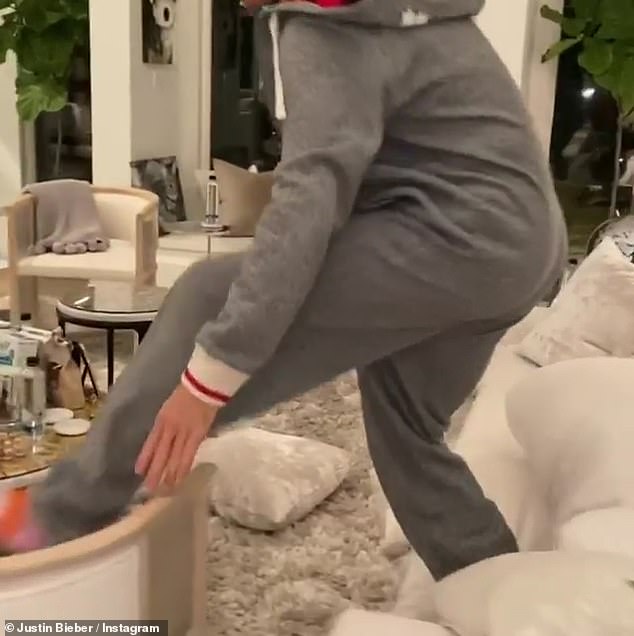 Careful now: Bieber made his way from one plush couch and onto the chair 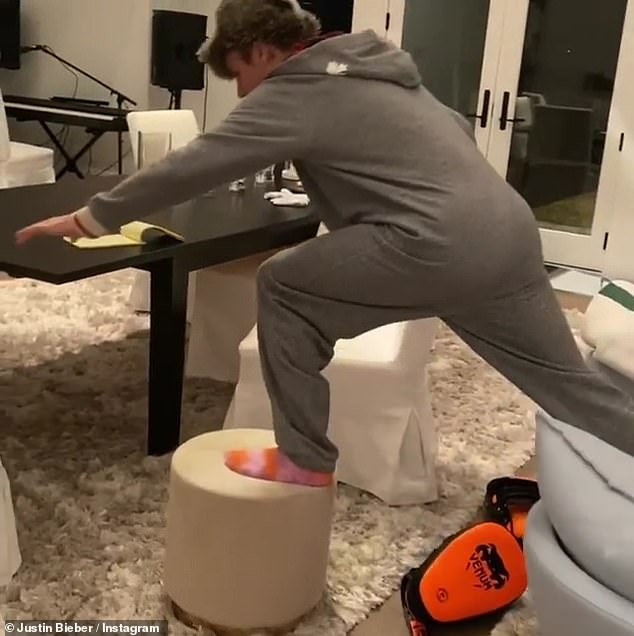 Here he comes: The singer successfully made his way onto a piece of furniture

Using a massage roller, Justin was able to transition his way from one board to the next.

Then, Justin skated his way to a bedroom, where a second massage roller awaited him at the doorstep.

Impressively, Justin was able to roll several feet into the bedroom before going for a jump. 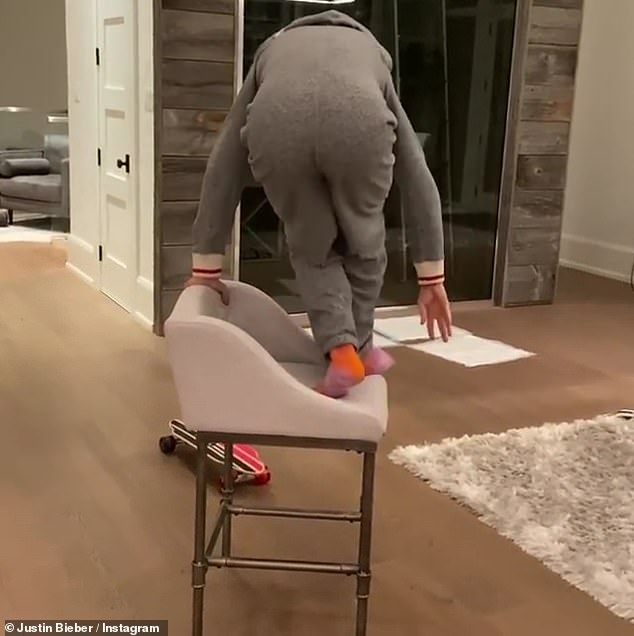 Wheel-y fun! Bieber’s next move was towards the skateboard 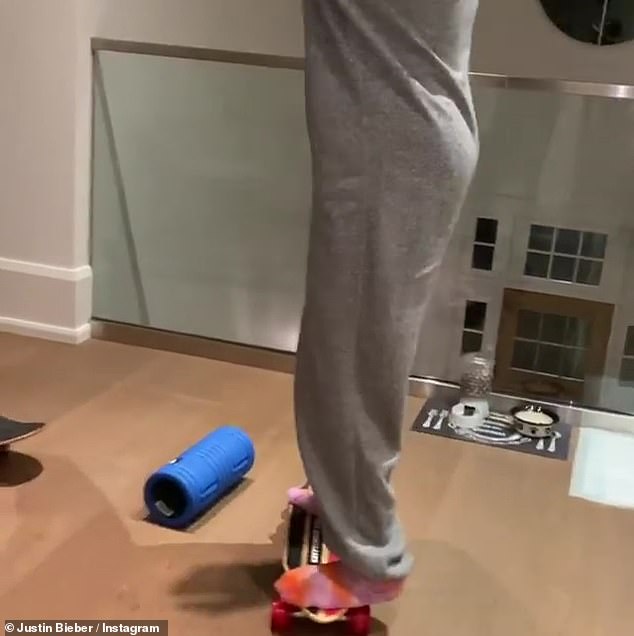 Step by step: Bieber made his way onto a second skateboard using a massage roller 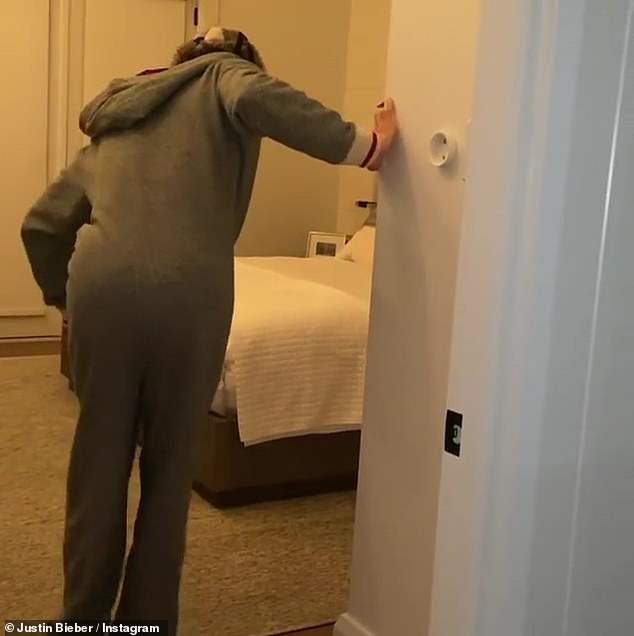 Balancing act: Bieber prepared to jump onto his bed from the massage roller

But as he prepared to make the leap, he fell to the floor.

‘NO!’ he shouted dramatically.

‘You were so freaking close!’ Hailey shouted. 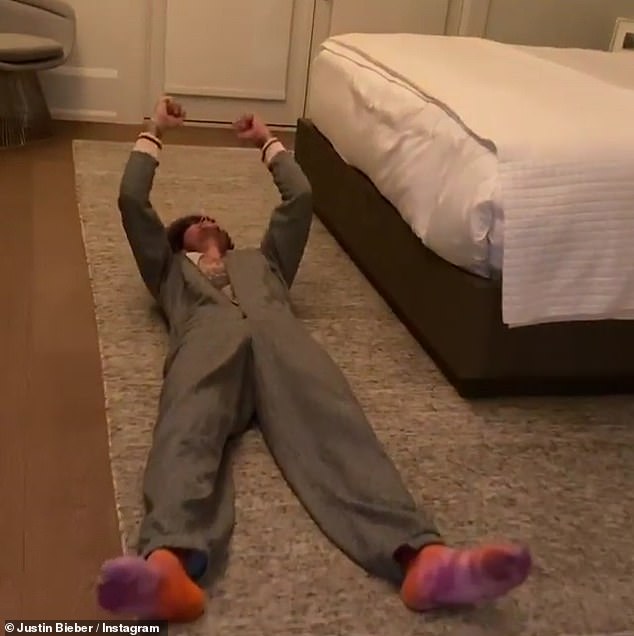 So close! But he ended up falling off the roller and onto the floor 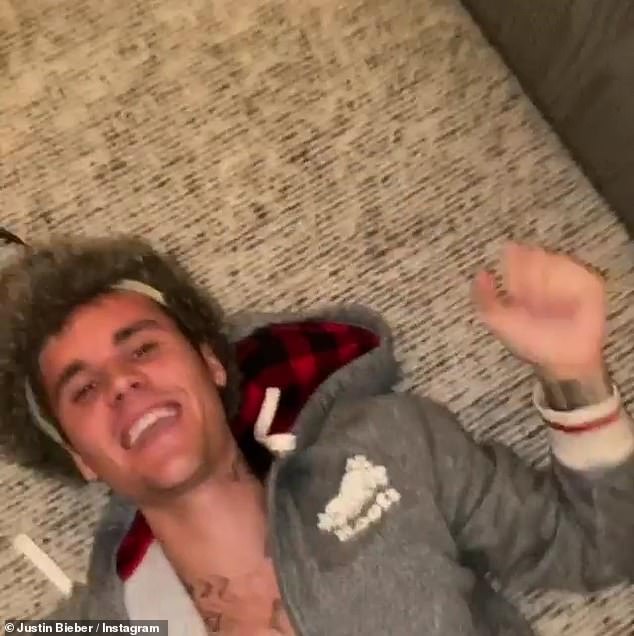 ‘I lost’: Bieber was just inches away from his intended destination