Jennifer rocks an ‘I’m A Cool Blonde’ sweater as she lights up what appears to be a cigarette in the since-deleted clip from Justin.

Justin Theroux and his ex Jennifer Aniston are forever the perfect example of how to remain amicable after a split! The 50-year-old actor paid tribute to his former wife in the cheekiest way possible to help celebrate her 53rd birthday on Friday (February 12). In a since-deleted Instagram post, Justin shared a clip of Jennifer rocking a sweater that read “I’m A Cool Blonde” as she lights up what appears to be a cigarette. He captioned the video, “Happy Birthday @jenniferaniston,” and “Yes you are. Love u B.”

A post shared by the latest JA news/content 💫 (@aniston.news)

In the video (above), the Friends alum sports a pair of designer sunglasses while chilling in a white lounge chair as she begins to light up. Afterward lighting the apparent cigarette, the gorgeous beauty begins to wildly shake her head back and forth causing her trademark sandy blonde tresses to sway along. The video is shown in slow motion, so Jennifer’s actions are all that more pronounced. By the end of the clip, Jennifer leans back over the chair and extends her arms out as if in ecstasy.

It’s no secret that the Good Girl actress has had an affinity for cigarettes in the past, as she was photographed smoking on several occasions during her rise to fame. In 2012, Jennifer revealed she had given up the habit during her promotional tour for the movie Wanderlust. “Well, I recently quit smoking, and you do put on some extra pounds,” she told GQ. “It makes a difference, especially if you’re not 20.” 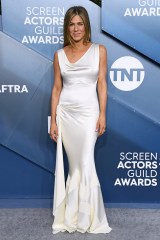 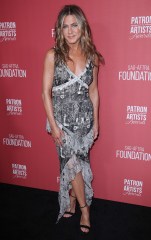 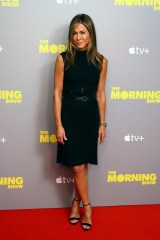 Interestingly, Jennifer and Justin began dating after working on Wanderlust together. The pair were married from 2015 to 2017. In an interview with Esquire in April, Justin explained how he and Jennifer remain good friends post-split. “We don’t talk every day, but we call each other. We FaceTime. We text,” Justin said. “Like it or not, we didn’t have that dramatic split, and we love each other. I’m sincere when I say that I cherish our friendship. We can not be together and still bring each other joy and friendship.”