Kaley Cuoco opened up about increasingly filming more intimate scenes on ‘The Big Bang Theory’ with her ex, Johnny Galecki, amid their ‘sensitive’ breakup.

More than a decade after their split, Kaley Cuoco revealed what it was really like to film sex scenes with Johnny Galecki on The Big Bang Theory. “We dated really early on for almost two years. When we did the pilot, I was crushing so hard on Galecki but he had a girlfriend,” Kaley amusingly recalled on the Nov. 9 episode of Dax Shepard’s podcast, Armchair Expert. Ironically, it was Johnny’s character — the genius physicist Leonard — who had a crush on Kaley’s blonde bombshell character, Penny! 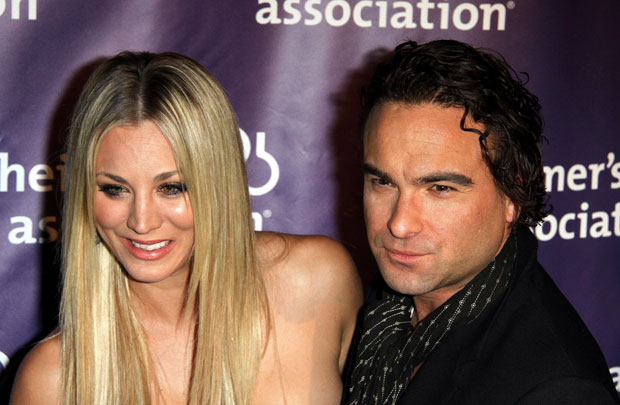 Eventually, though, Kaley explained that they “got together and just fell mad for each other for two years” (the show premiered in 2007). They eventually broke up in Dec. 2009, but Kaley said, “Luckily Johnny and I came out of it so brilliantly and we’re closer today than we ever were.”

However, right after they broke up, Kaley and Johnny’s characters just so happened to start jumping in bed together a lot. Kaley had her suspicions about The Big Bang Theory‘s creator, Chuck Lorre, who was penning these scenes! “When we broke up obviously it was a little sensitive for a minute, but I remember those weeks that Chuck had written these episodes where all of a sudden our characters were like sleeping together every other second,” Kaley mused. 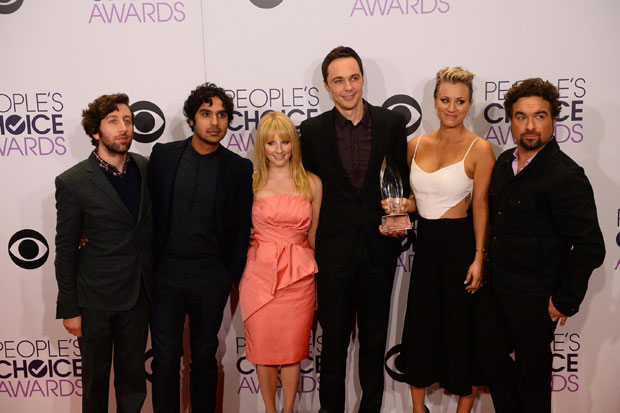 “Johnny and I talk about it and I think [Chuck] did that on purpose — just to f— with us,” Kaley continued, and admitted, “If I was with him, I would ask him because that came out of nowhere. All of a sudden these characters were all up on each other.”

Although Kaley and Johnny’s characters end up tying the knot on The Big Bang Theory, which aired its finale in 2019, Penny’s real-life actress ended up marrying two other people. Kaley had a wedding with tennis pro Ryan Sweeting in 2013, but filed for divorce in 2015. Then, she went on to exchange vows with equestrian Karl Cook in 2018 — whom she’s still happily married to this day, and just moved in with this past May! Johnny even attended their nuptials. In the same year Kaley married Karl, Johnny began a relationship with model Alaina Meyer. They welcomed their first child together, a son named Avery, in Dec. 2019!

A post shared by Johnny Galecki (@sanctionedjohnnygalecki) on Sep 8, 2019 at 1:20pm PDT

This isn’t the first time Kaley and Johnny have talked about their past relationship in the press. Johnny once told CBS Watch! Magazine in 2013, “We’re dear friends, still. Kaley’s not just an ex, she’s a part of my life. I just don’t like to speak about [the relationship]. And not because I’m trying to be enigmatic; I just worry that it will conflict with people’s acceptance of Leonard and Penny.”