On Jan. 20, America’s first female, Black, and South Asian Vice President was finally sworn into office. Naturally, she looked every bit the part. Kamala Harris’ 2021 Inauguration outfit was sheer perfection from her pearls to her heels, though she sadly left her Converse at home (understandable, but a slight disappointment for the sneakerheads out there). The look showed off her signature playful, confident style while also demonstrating her sensibility and love of symbolism.

Harris has previously worn European designers like Valentino and Max Mara, but for her Inauguration, she sported Black American designers Christopher John Rogers and Sergio Hudson. Her bright purple overcoat was perfectly well tailored with a fitted bodice and flared skirt. The color is seemingly both a subtle nod to the suit Hillary Clinton wore when she conceded to Donald Trump in 2016, and a message of unity, with the mixing of red and blue together. It’s worth noting purple seems to be a pattern for the women of Inauguration Day. Hillary Clinton was also pictured wearing a royal purple outfit for the ceremony, while Michelle Obama also wore a deep, plum-colored monochromatic outfit.

Harris normally isn’t one to throw on an outfit willy nilly. Her expert fashion choices are deliberate. From her "Future is Female" socks to her sorority’s iconic pearls, Harris knows how to send a message through her clothes. The night before the Inauguration, on Jan. 19, Harris wore a beige overcoat from Pyer Moss to a memorial for the victims of COVID-19. The designer Kerby Jean-Raymond is a noted Black, American activist. For her victory speech following the Nov. 3 election, Harris stepped on stage in an all-white pantsuit as a callback to the suffragettes and the women’s rights movement of the 1900s. Even the act of her pairing Timberland boots with a pantsuit spoke volumes about the kind of politician Harris is — one who’s smart, professional, and isn’t afraid to get their hands dirty to get the job done. 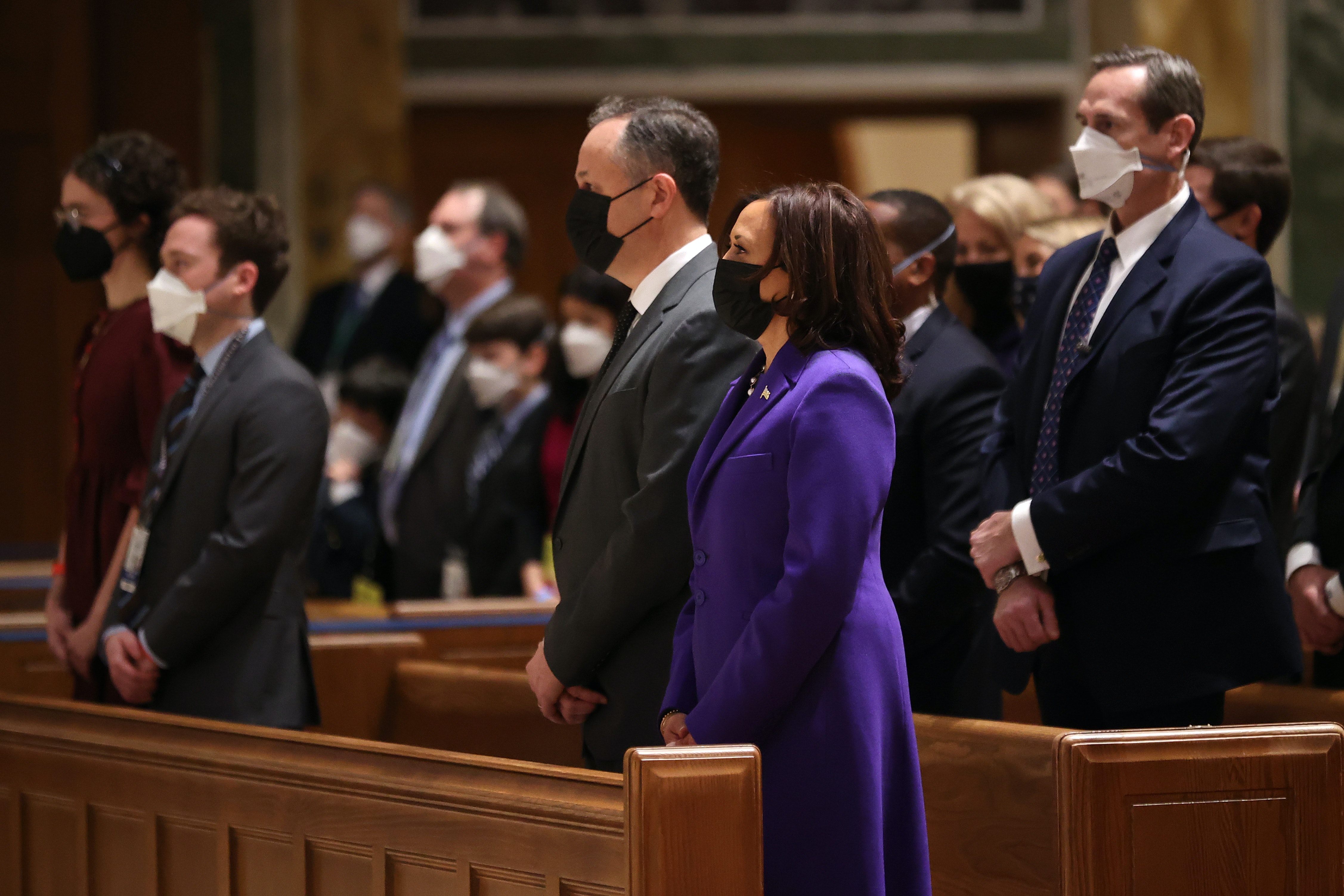 Anyone who’s followed Harris’ campaign knows she is partial to a pantsuit with a silk camisole, befitting of the former Attorney General. She dons the look often in a seemingly never-ending array of navy, burgundy, black, and other darker shades. But all in all, her style really knows no bounds. She’s as at-ease campaigning in jeans and a button-down as she is wearing a bedazzled rainbow jacket to a Pride event. Although she doesn’t sport one publicly very often, the Harris also knows how to look totally glamorous in a gown.

While Harris’ style is dependable and utilitarian, her Inauguration outfit shows that she has so much more fashion to show America. With all the state dinners, speeches, and more soon to be filling her calendar, Harris will have plenty of time to show off exactly what her Vice Presidential fashion looks like.