We really thought with the arrival of Dave Chappelle, this wasn’t going to happen again.

For the second night in a row, Kanye West has taken to Twitter to air his family’s dirty laundry, seemingly all in the midst of a health crisis. Tuesday night was different though, as the rapper admitted he’s been trying to divorce Kim Kardashian West in 2019.

A lot was said, so let’s break down the meaning behind it all… 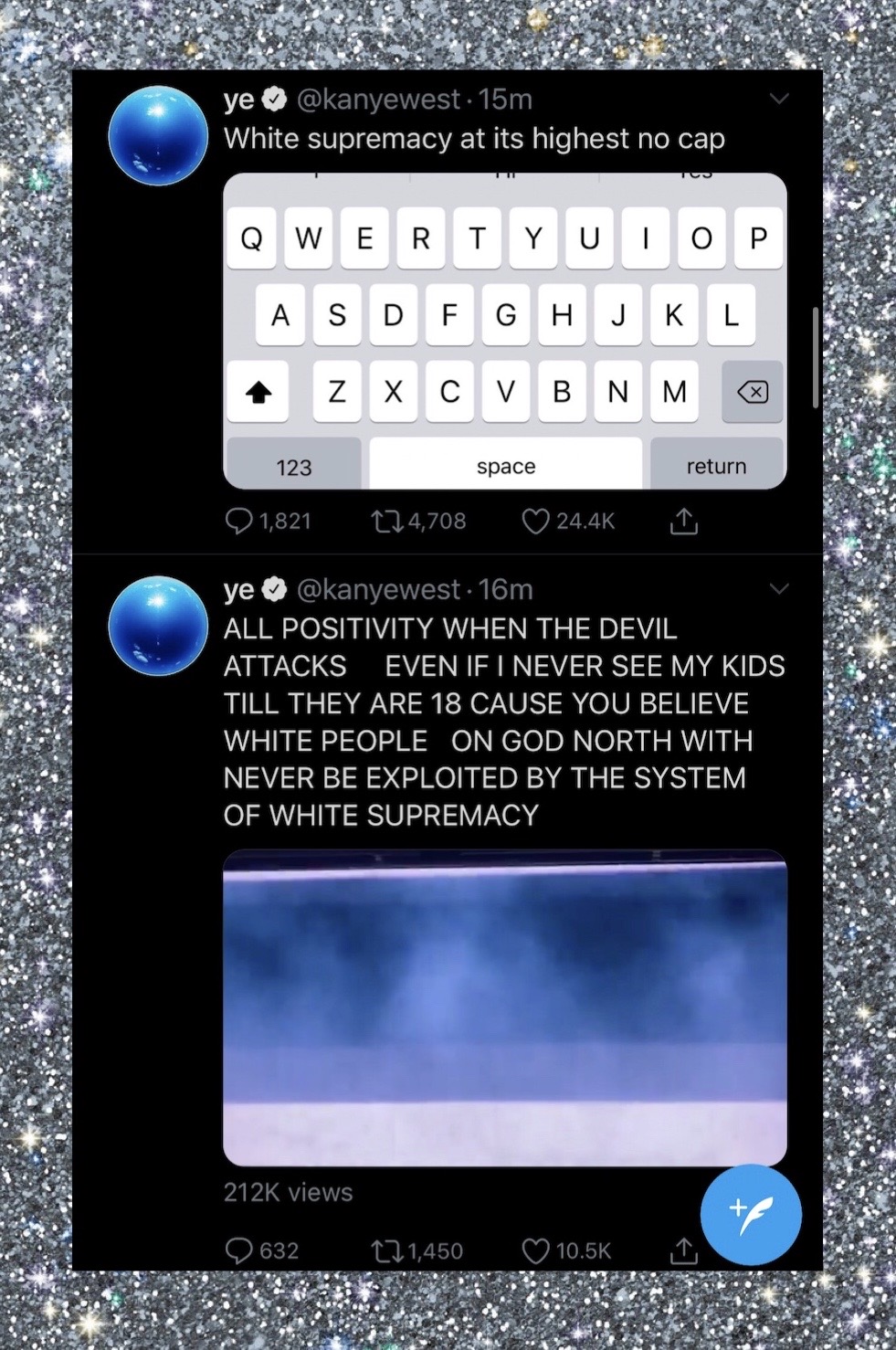 ‘Ye seemed to hint his that his days around his children could be numbered after yet another headline-making rant, but he insisted it’s, “all positivity when the devil attacks,” adding:

He also continued taking shots at his mother-in-law, Kris Jenner, by tweeting screenshots of their text thread,  referring to her lack of response as “white supremacy,” and later comparing her to North Korea’s leader Kim Jong-un by calling her “Kris Jong-Un.” 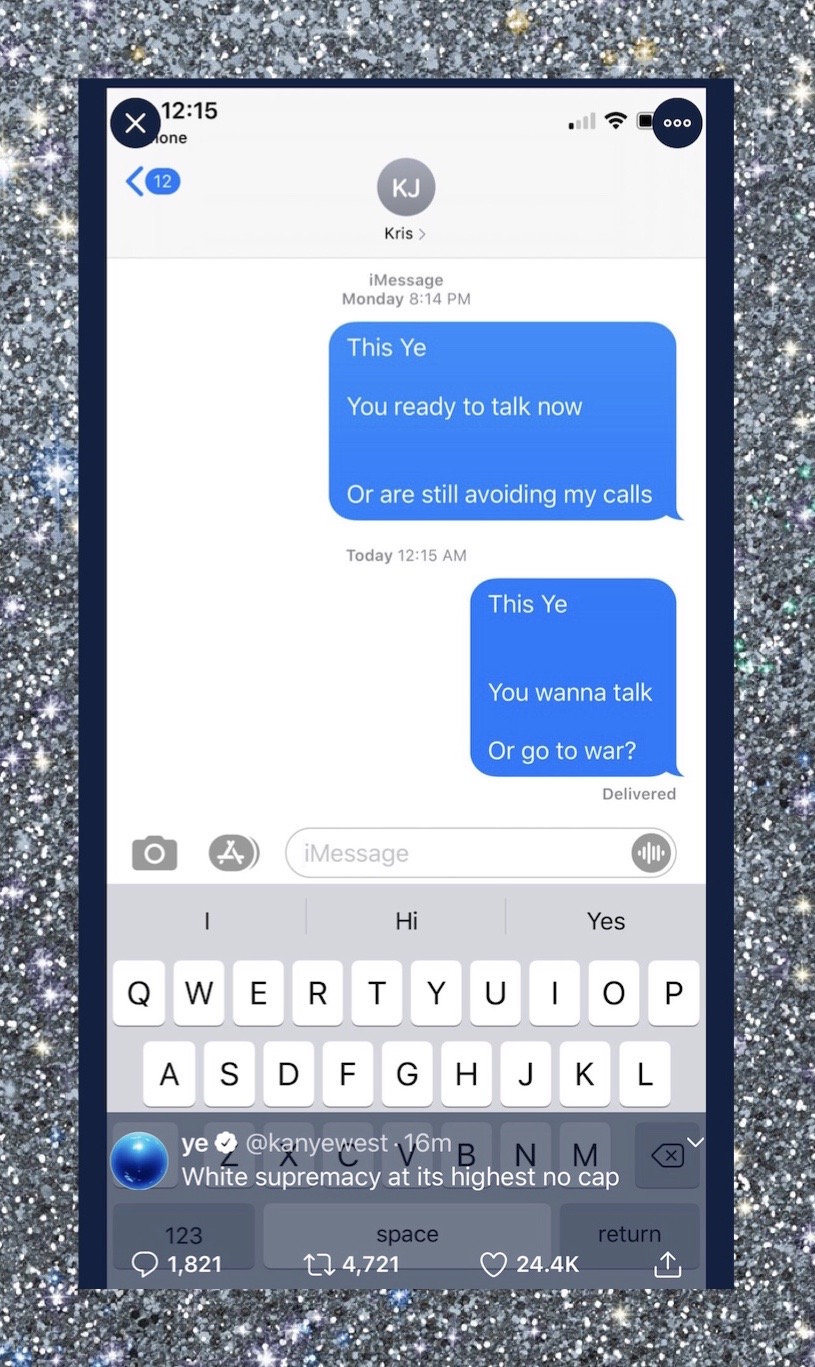 Things got interesting (read: confusing) when the 43-year-old name-dropped a few individuals who seemingly have nothing to do with each other — Drake and Larsa Pippen —  but fans were seemingly able to connect the dots! Drizzy was widely criticized for his close relationship with Stranger Things star Millie Bobby Brown and many fans have accused the rapper of “grooming” her to date when she’s older. Although the young actress defended their friendship and 17-year age difference back in 2018, it’s clear West does not agree and has not forgotten about it.

The theory continues that Pippen was also mentioned because she’s been accused of sexualizing her 12-year-old daughter Sophia, something Kanye has made it clear he does not want to happen with his eldest daughter North, 7, via Playboy or any other medium. The star then made a random reference to the late Michael Jackson‘s old claim that former Sony Music Entertainment chairman Tommy Mottola was racist before taking even more shots at Jenner (below): 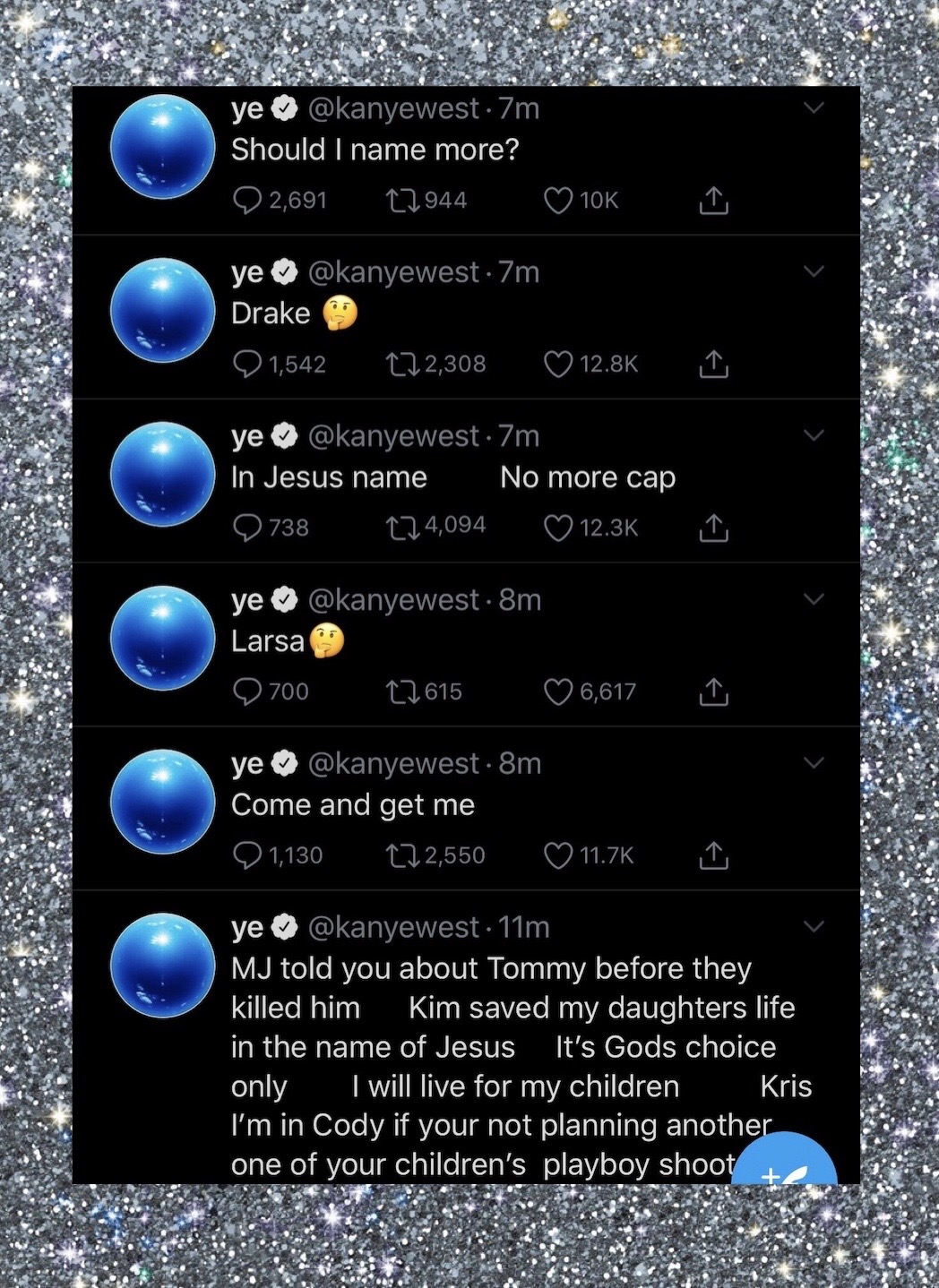 In another tweet, “the future president” appeared to suggest something disrespectful happened between his wife and Meek Mill around the time of Variety and Rolling Stone‘s Criminal Justice Reform Summit in November 2018, at which both Kardashian and Mill spoke. He put the blame on KKW by saying she was “out of line” and for this reason, he’s been trying to separate from her:

“They tried to fly in with 2 doctors to 51/50 me. I been trying to get divorced since Kim met with Meek at the Warldolf for ‘prison reform.’” 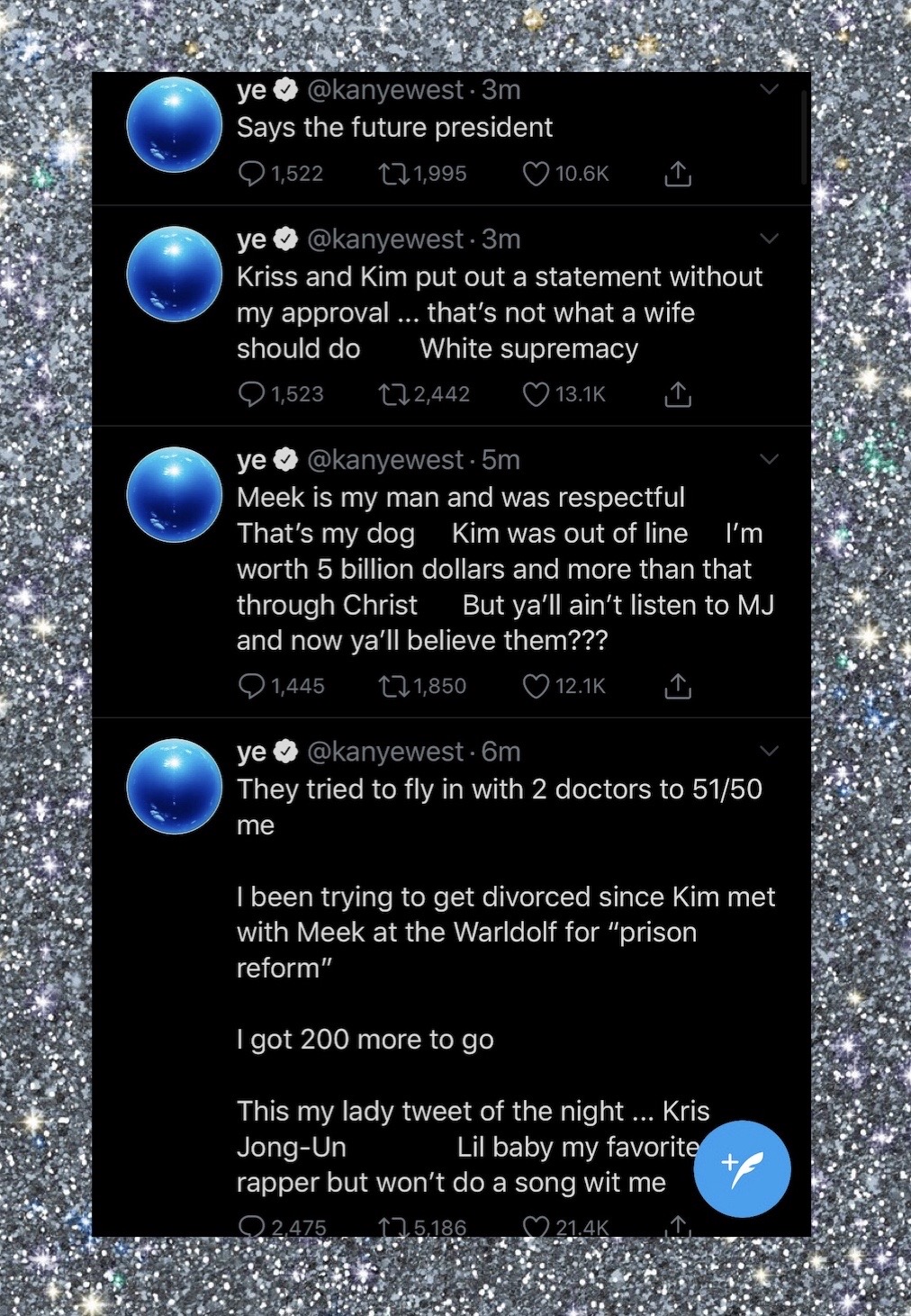 Although the father of four claimed doctors have tried to put him on a “51/50” psychiatric hold and alluded to having at least “200 more” things to say, he included one last claim about wanting to collaborate with rapper Lil Baby and concluded his rant for the night. All tweets captured and reposted here have since been deleted.

Obviously, the concerning claim here lies with what he said about trying to divorce Kim, and at the rate he’s going with these social media tirades, he may just get his wish. Insiders told ET the 39-year-old reality TV star is “completely devastated” by her husband’s actions and her famous family is also frustrated to the point of no return. As we touched on earlier, Chappelle’s arrival gave us hope things would calm down with Kanye, but this does not appear to be the case.

We continue to send him and their entire family healing energy right now. Also, someone please take this man’s phone away! Perezcious readers, do U think this recent rant put the nail in the coffin on Kimye’s marriage? Let us know your thoughts (below) in the comments section.