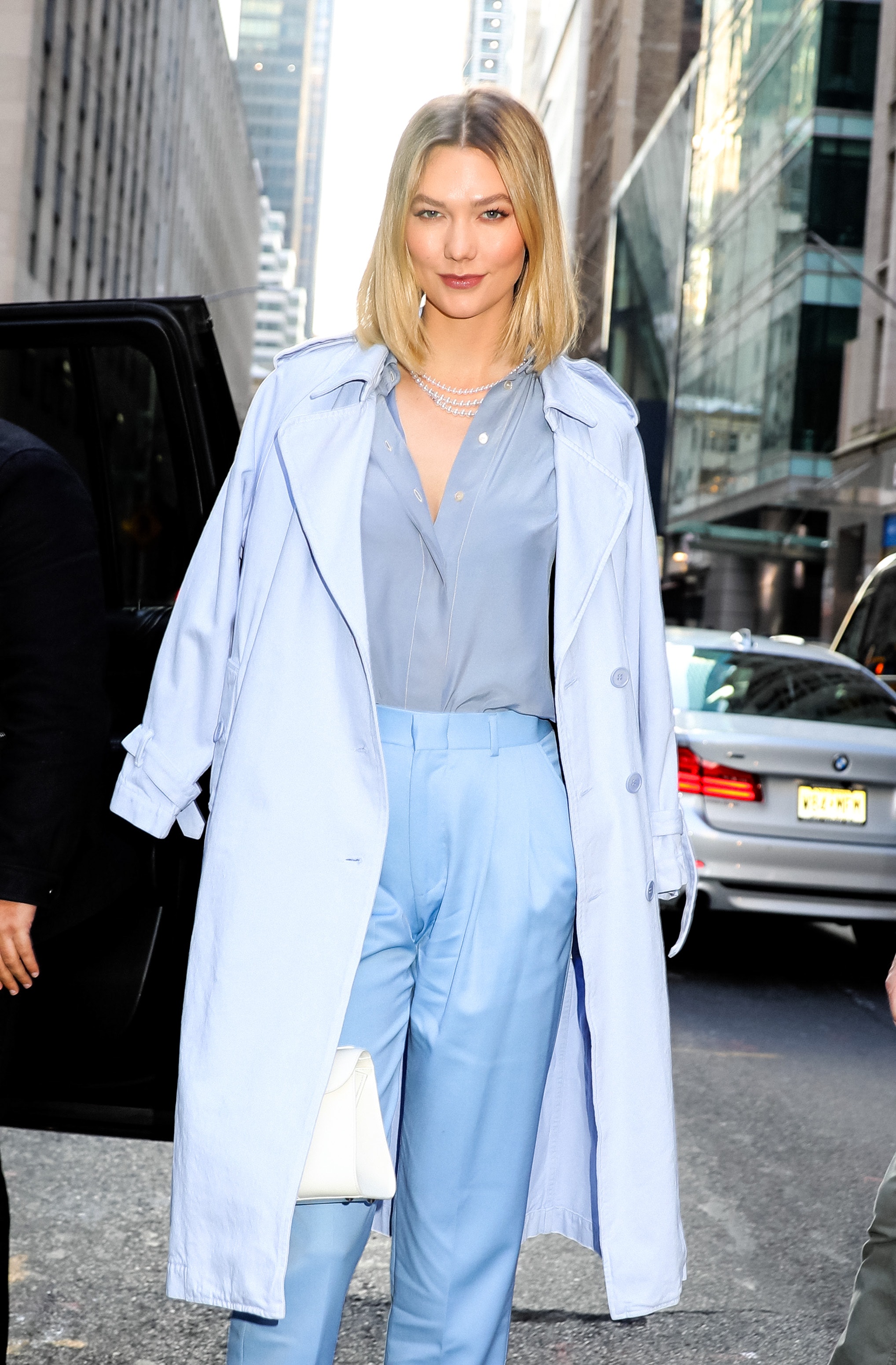 Karlie Kloss is feeling the baby love. Up until now, she and her hubby Joshua Kushner have been pretty private about their newborn bundle of joy. But they’re slowly sharing their parenthood journey with fans, and Karlie Kloss’ Instagram revealing her baby’s name is too cute.

On Saturday, April 17, the model took to Instagram to share an adorable photo of herself holding her son’s hand, while wearing a gold ring that says, "Mama." She captioned the pic, "Levi Joseph 3.11.21," revealing her son’s name for the first time a little over a month after his birth. Kloss and Kushner announced the birth of their first child in March, when Kushner broke the news on his since-deleted Instagram account. "Welcome to the world," he wrote alongside a shot of his new baby.

The couple first announced they were expecting last October, with a source close to Kloss reportedly telling People, "Karlie is overjoyed to be expecting her first child in 2021. She will be the most amazing mother." That same month, Kloss also confirmed her pregnancy in a video on her Instagram story. "Good morning, hello baby," she said, before blowing a kiss to the camera.

Kloss and Kushner have been together since 2012, and tied the knot with an intimate ceremony in 2018. They had another wedding celebration in summer of 2019, hosting a larger party attended by celebrity friends like Katy Perry and Orlando Bloom. The couple has been private about their relationship for years, but in October 2020, Kloss shared an intimate wedding dance video to celebrate their second anniversary. "I fall more in love with you every day. Happy 2nd anniversary @joshuakushner," she wrote.

During an appearance at the 2019 Winter Television Critics Association, Kloss gushed about how her life had changed since getting married. "I love being married. Honestly, I just feel really happy," she said. "It’s just so nice to have a home base."

While welcoming their son has been a highlight of what seems to be a very happy marriage, Kloss and Kushner have also dealt with their fair share of criticism together. After all, Kushner’s brother, Jared, was part of the Trump administration and married to Ivanka Trump. Even so, Kloss has remained loyal to her man throughout it all, noting that she and her husband don’t share political views with Jared.

"Josh and I share a lot of the same liberal values that guide our lives and the things we stand for," she told Vogue in their October 2018 issue. "At the end of the day, I’ve had to make decisions based on my own moral compass — forget what the public says, forget social media. I’ve chosen to be with the man I love despite the complications."

It sounds like little Levi has some super loving parents raising him, and hopefully Kloss’ latest pic means she’ll be open to sharing more adorable moments with Levi in the future.