Kate Beckinsale believes that Goody Grace ‘is the perfect quarantine boyfriend’ amid the coronavirus pandemic.

The 46-year-old English actress and her 22-year-old Canadian boyfriend have been following statewide and local stay-at-home orders in Los Angeles.

‘They are still quarantined together at her home,’ a source told People. 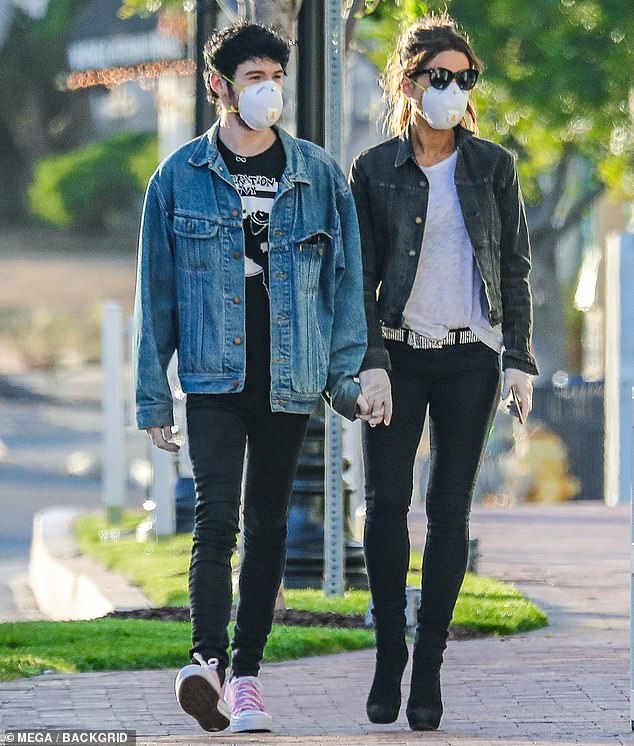 ‘Kate enjoys his company. She finds him very mature, smart and creative. He entertains her with music, they cook and watch movies. She thinks he is the perfect quarantine boyfriend,’ the source added.

The Pearl Harbor star and Goody were spotted grabbing groceries together Friday in the Pacific Palisades area of Los Angeles.

The couple wore masks and left the market holding hands as they gazed lovingly at each other.

Kate and Goody were spotted together as far back as January when they were photographed leaving a pre-Grammys party together.

New couple: The 46-year-old English actress, shown in February, and Goody, shown in January, were spotted together as far back as January when they were photographed leaving a pre-Grammys party together

Their blossoming romance was confirmed on Easter Sunday when they were seen hand-in-hand enjoying a stroll.

Kate also has been commenting on Goody’s Instagram posts as far back as January and shared her emotions with a heart emoji on one of his pictures.

The London native was previously married to director Len Wiseman, 47,, who met Kate met on the set of his 2003 movie Underworld. 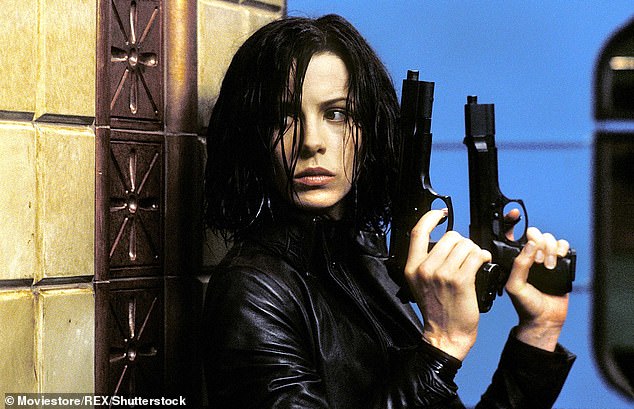 Franchise star: The London native is shown in a still from the 2003 movie Underworld

They married in 2004 in the Bel-Air area of Los Angeles, announced their separation in November 2015 and Len filed for a divorce in 2016 that was finalized in 2019.

Kate shares 21-year-old daughter Lily Mo Sheen from her previous relationship with Michael Sheen, 51, that lasted from 1995 to 2003.

Goody at age 17 moved from Canada to Los Angeles to pursue a career in music. 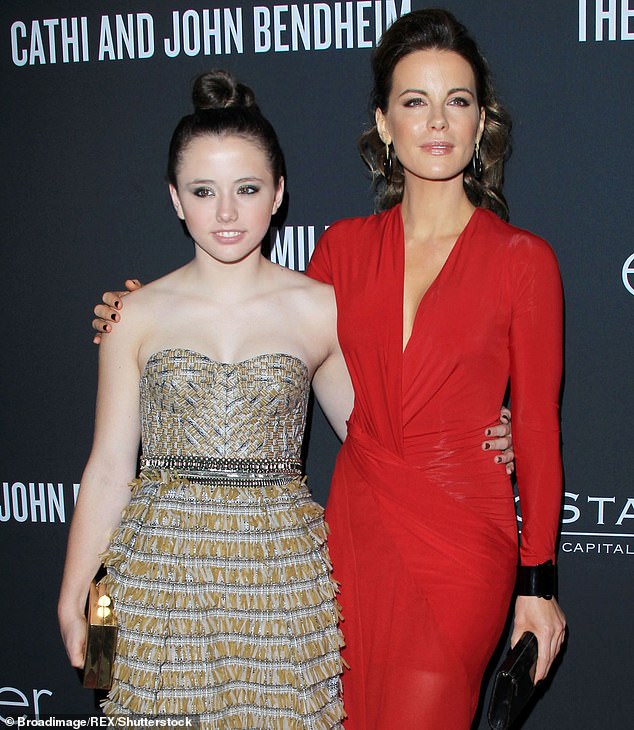 Mother of one: Kate is shown with daughter Lily Mo Sheen in October 2013 in Santa Monica, California

A timeline of Kate Beckinsale’s romances

Kate Beckinsale, 46, has debuted her relationship with 22-year-old Goody Grace, but this certainly isn’t her first romance.

The couple were together for four months before splitting in April 2019.

The romance came as a shock to many, and though it is now long over, Pete still had kind words for his famous ex in a recent interview with Charlamagne Tha God. 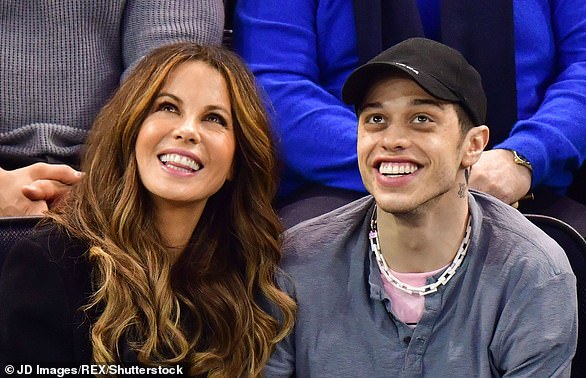 Age difference: Kate Beckinsale, 46, has debuted her relationship with 22-year-old Goody Grace, but as it turns out the actress is no stranger to a May-December romance (pictured 2019)

‘All of my uncles freaked out,’ the SNL star said of how his family first reacted when he started dating the actress.

Following their romance, when it emerged she had started dating Pete, Matt shaded the actress when he advised the SNL star to ‘run’. 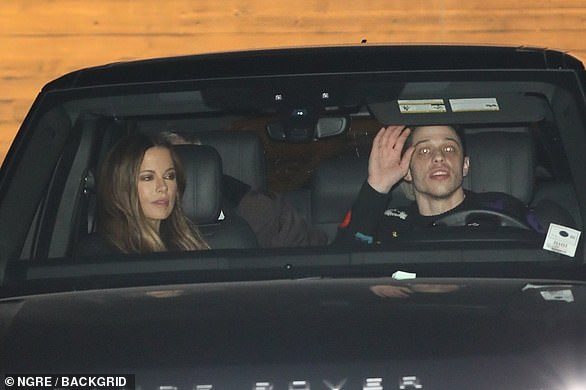 Good terms: The romance came as a shock to many, and though it is now long over, Pete still had kind words for his famous ex in a recent interview with Charlamagne Tha God (pictured 2019)

He followed that up by telling Pete to ‘enjoy it while you can.’

The couple were seen packing on the PDA at a nightclub in Los Angeles.

Afterwards, they were pictured heading back to a £2,000-a-night hotel together. 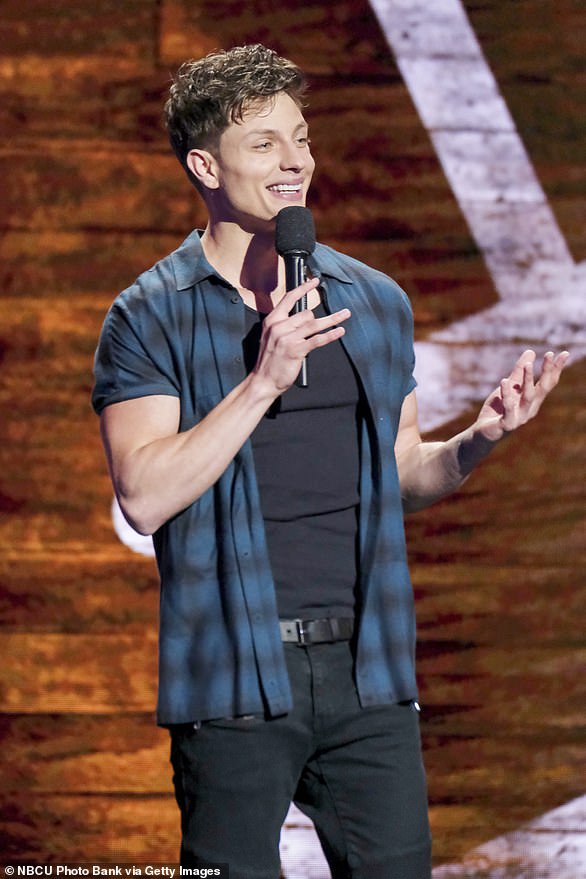 An onlooker told The Sun: ‘They were like a pair of loved-up teenagers and weren’t trying to hide their feelings, they were practically sitting on top of each other in the booth of the nightclub and were laughing with each other.

‘Kate rested her hand on Jack’s shoulder and she kept laughing and smiling at his jokes, as the night progressed, he seemed to be growing in confidence and put his arm around her and gave her a hug.

‘Then he decided to put his hand around the back of Kate’s neck and pulled her across him, where they started to passionately kiss.’ 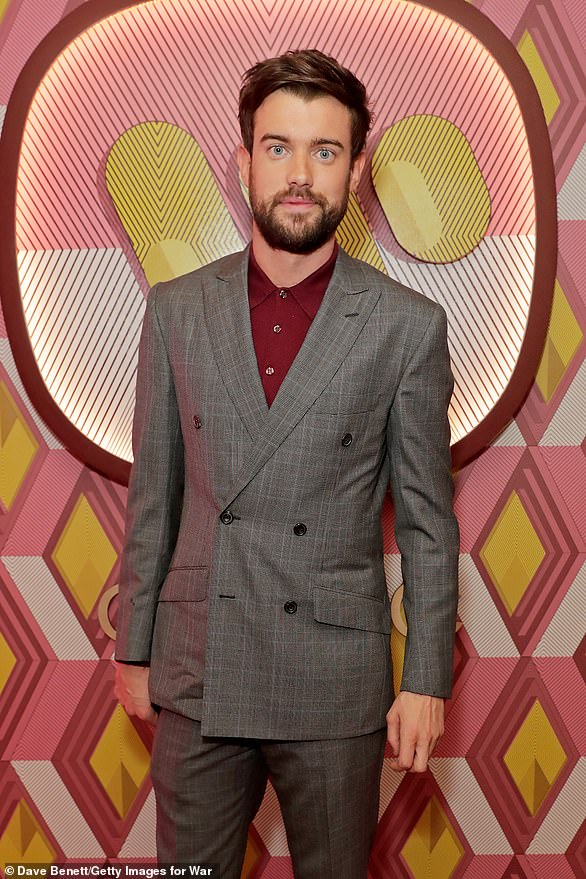 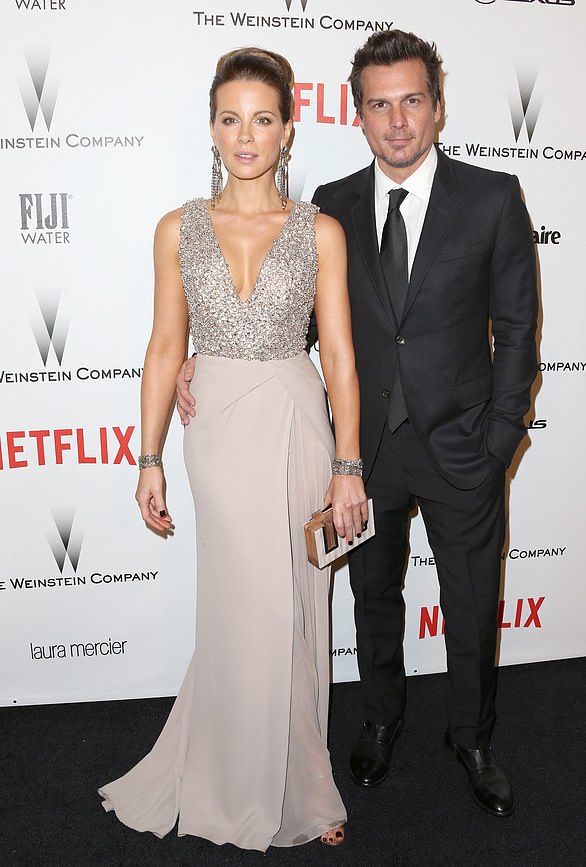 Happier times: Kate was married for 12 years to director Len Wiseman, but he filed for divorce in 2016

Kate was previously married for 12 years to director Len Wiseman.

The couple wed in May 2004 after falling in love on the set of 2003’s Underworld, which co-starred Beckinsale’s then partner Michael Sheen.

In 2016, Wiseman filed for divorce, and the separation was finalized in 2019.

Kate was also in a long-term relationship with actor Michael Sheen, whom she dated from 1995 to 2003.

The former couple have remained amicable, and spend special occasions together with their daughter.

‘I think the thing is, if you both really put your kid’s well-being first and share a sense of humor, you’re sort of halfway there,’ she previously said on Chelsea. 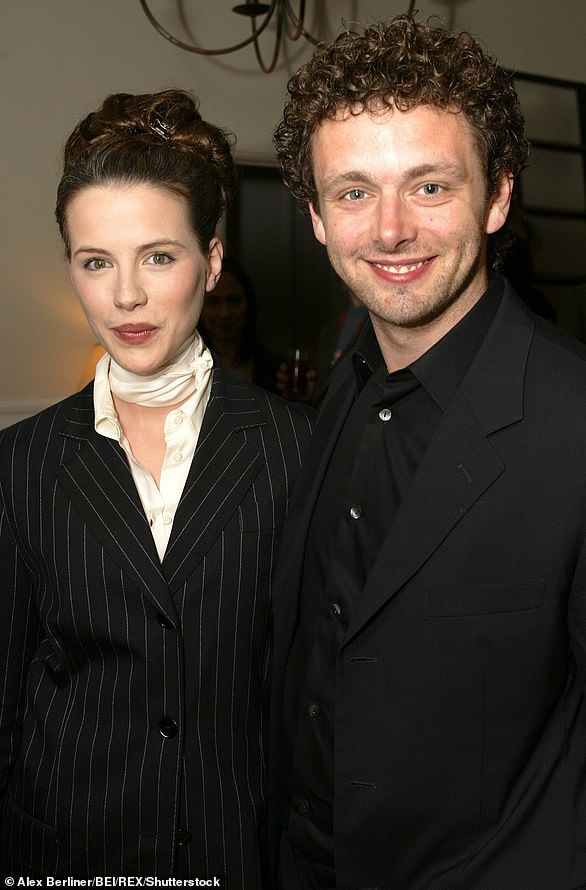 Long-term love: Beckinsale also dated Michael Sheen from 1995 to 2003, and the pair even had daughter Lily Sheen together