Catherine, Duchess of Cambridge, used her camera skills for another good cause—this time, to teach children about photography at Evelina London Children’s Hospital.

Kate took part in a creative workshop run by the National Portrait Gallery’s Hospital Programme, which focuses on how the arts can influence children’s well-being, health, and happiness.

The duchess wore a textured, tweed-based Dolce & Gabbana jacket with a matching skirt, sheer black tights, and chunky-heeled, pointed-toe pumps. The suit you may recognize as the same smart ensemble she wore a year prior at the Royal Foundation’s Mental Health in Education Conference. As for her hair, Kate went with a sophisticated half-updo, with the front tresses pinned back and her freed locks flowing in those signature bouncy waves. 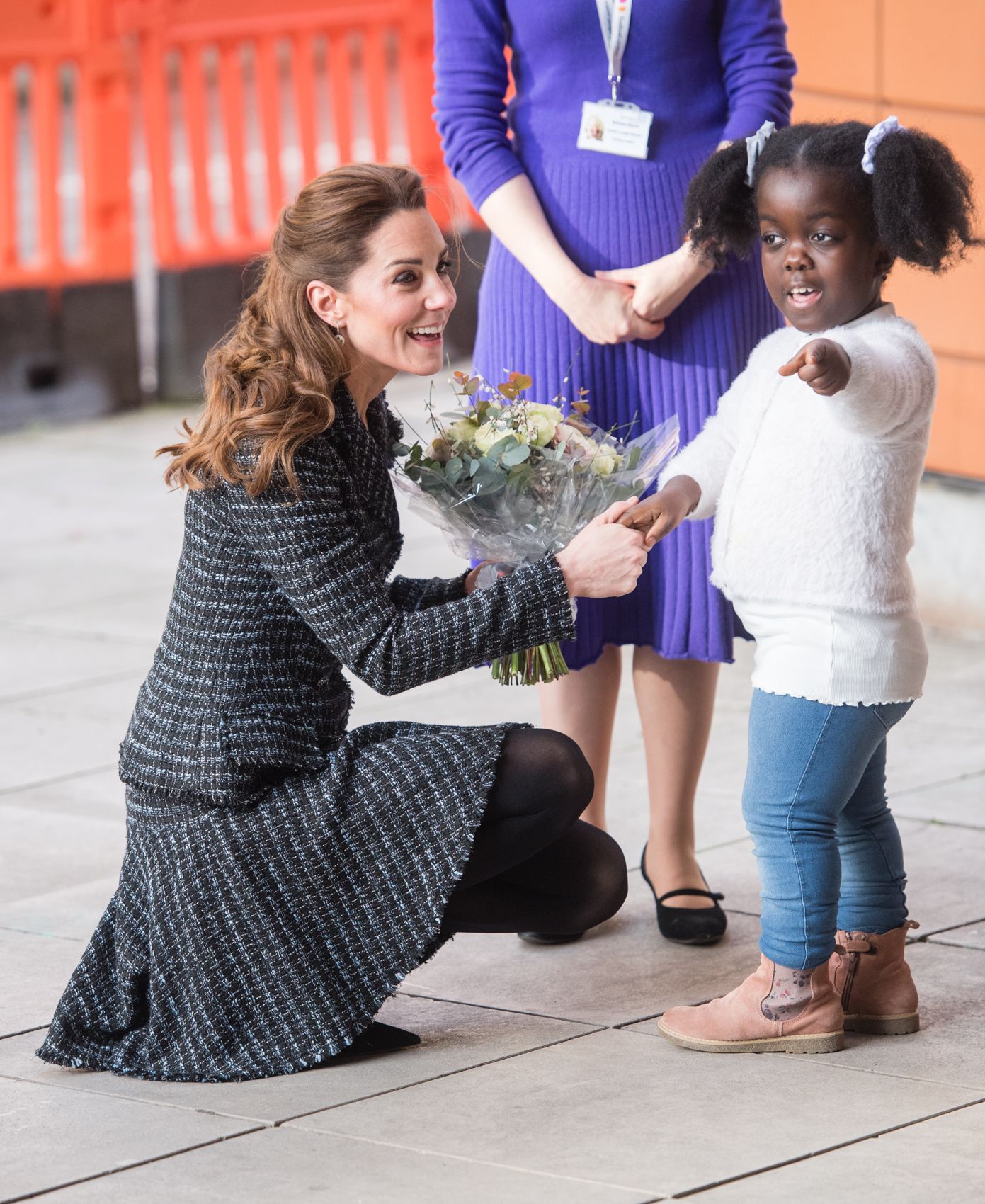 Along with photography, children who receive care at Evelina London Children’s Hospital can participate in activities such as illustration and 3D set design.

Photography has been a long-time passion of the Duchess of Cambridge, who often photographs her husband, Prince William, and their three children, Prince George, Princess Charlotte, and Prince Louis. Kate revealed another project in which she remained behind the camera: She recently photographed two survivors of the Holocaust alongside their grandchildren at Kensington Palace in honor of the U.K.’s Holocaust Memorial Day.