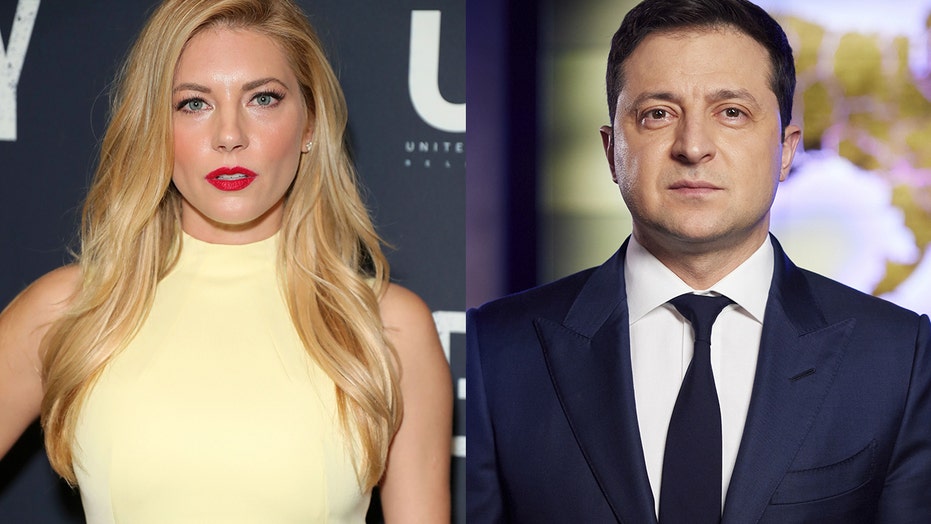 Actress Katheryn Winnick may have been born in Canada, but her heart and homeland is with Ukraine.

The “Big Sky” star was born to Ukrainian parents, speaking Ukrainian at home and attending Ukrainian school every Saturday for 16 years.

“I’m very proud to be Ukrainian,” she told Fox News Digital. “We have very different traditions and culture and the Ukrainian spirit is indomitable, it has such strong perseverance.”

“I am so proud that he is the leader that we have,” Winnick told Fox News Digital. “He understands our fight, that we are Ukrainian strong, and we will fight to the death to protect what is ours and is our home.” 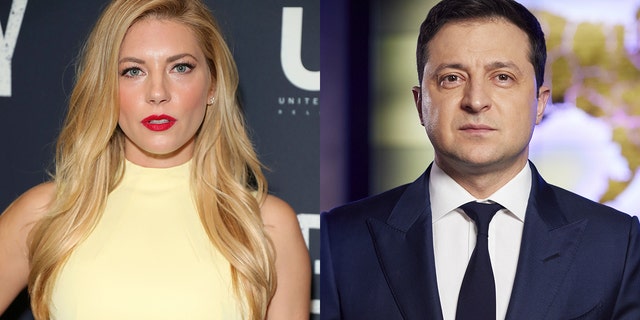 Winnick recalled meeting with Zelenskyy and his wife, Olena, just a few months ago to celebrate Ukraine’s 30 years of independence.

“I want the world to see…this is a true hero. This is a true leader who’s bringing the world together and highlighting our Ukraine,” Winnick shared. “He’s staying with his people. He is willing to fight on the ground.” 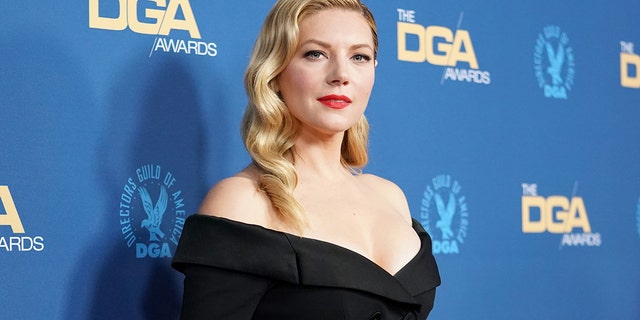 Winnick urged the world to pay attention and stand with Ukraine because “this is not just a fight for Ukraine, but it’s really a fight for all of Europe, for democracy. All [of the] civilized world has to help Ukraine for the sake of humanity.”

“I just want everybody to unite and stop this war. I know not even the Russian people want this, no one wants this,” Winnick said. “It’s important that everybody understands that we have the right to be free.”

Winnick also spoke about wanting the world to understand that Ukrainians are their own people. She recalled that when she first moved to Hollywood she was told by casting agents that Ukrainians and Russians were “the same.” 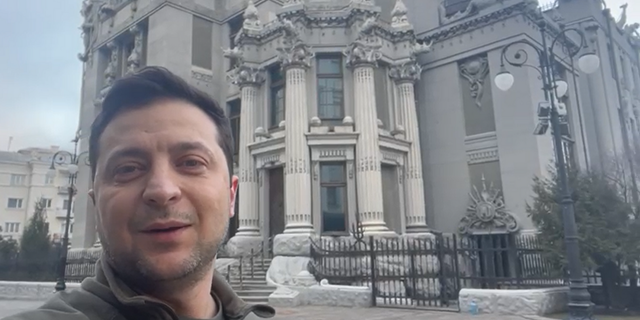 Ukrainian President Volodymyr Zelenskyy posted a video to social media on Saturday morning showing himself walking around the streets of Kyiv after a night of artillery fire in different parts of the city, telling the nation "I’m here."
(Credit: President of Ukraine)

“We have [our own] traditions, we have songs…we have stories that are passed onto generations of all the people that have fought for our independent country,” she said. “I know I have that frustration also when I moved to Hollywood, as an actress…I’m very proud to be Ukrainian and I would walk into a casting room, and they’re like, ‘Oh, we’re looking for a Russian.’ And they think it’s the same thing. And I’m like, ‘Wait a second. No, it’s a completely different language.’ Ukraine has completely different traditions and a completely different way of life.” 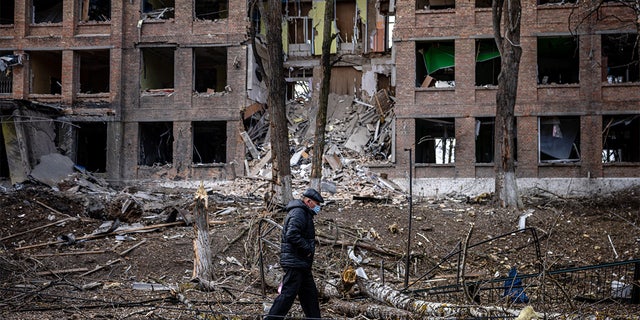 A man walks in front of a destroyed building after a Russian missile attack in the town of Vasylkiv, near Kyiv, on February 27, 2022.
(DIMITAR DILKOFF/AFP via Getty Images)

Winnick concluded by saying she is praying for her country.