‘I’m doing it slowly for him’: Katie Price reveals son Harvey is living in his own three-bed house across the road from her to prepare him for ‘independent living’

Katie Price has revealed her son Harvey is living in his own three-bedroom house with CCTV cameras across the road from her to prepare him for ‘independent living’.

It comes after Katie recently revealed she has made the ‘heartbreaking’ decision to place Harvey in full-time care at a specialist college.

The television personality, 42, said that their current set-up is to help Harvey, 18, become accustomed to living out of home so he doesn’t think that she has ‘sent him away’. 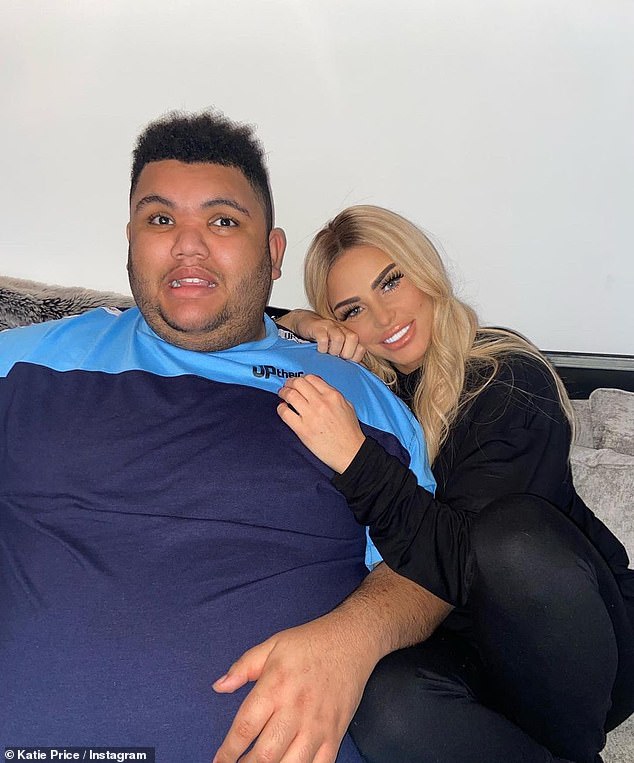 Mother-of-five Katie told US Weekly that the teenager now has his own three-bedroom home across the road from her Surrey home to transition him into living away from home.

‘I’ve got him his own little house at the minute. It’s opposite where we live. It’s got all cameras in it,’ she said.

‘So either I’m here or there’s a carer who’s known him for seven years from school. He’s got his own kitchen. It’s a three-bedroom house, so that’s the start of his independent living.

‘I’m doing it slowly for him. Otherwise I don’t want him to think I’ve just sent him away. It’s transitional.’ 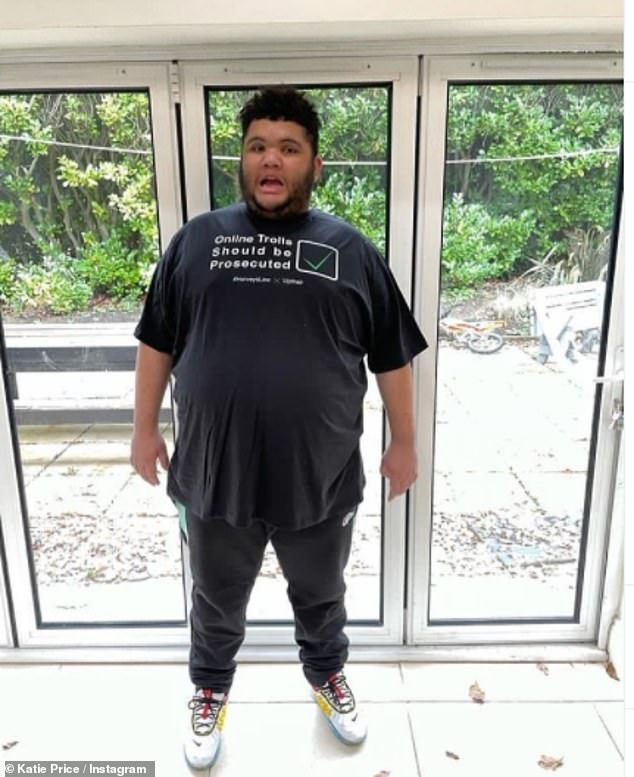 New start: The television personality said the current set-up is to help Harvey become accustomed to living out of home so he doesn’t think that she has ‘sent him away’ when he starts at his residential college in September

Harvey is on the autism spectrum and was born with disabilities including partial blindness, ADHD and Prader-Willi syndrome, which can prompt mood swings and violent behaviour.

Katie believes the move is vital for Harvey’s well-being because she can no longer restrain the at 6ft2in and 29 stone teen if he has a mood swing – and fears he could be sectioned if she doesn’t act now.

She has spent six months visiting colleges for children with autism and learning disabilities in order to find the best place for Harvey.

The teenager, who turns 19 in May, is supposed to start at his residential college in September, where he can lead a more independent life and learn new skills. 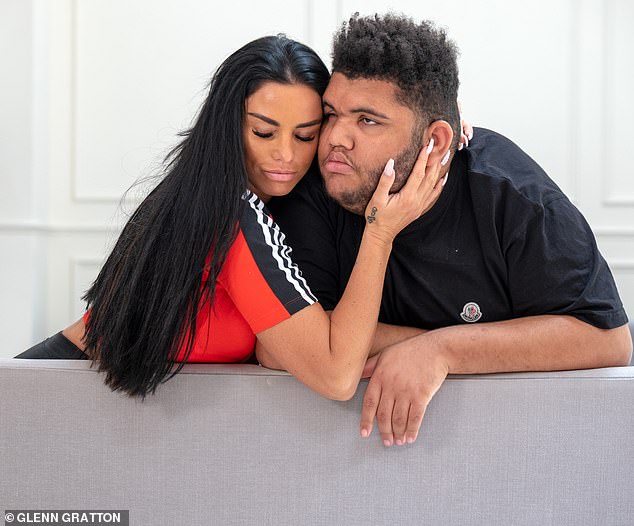 Heartbreaking: It comes after Katie recently revealed she has made the ‘heartbreaking’ decision to place Harvey in full-time care at a specialist college

Katie revealed Harvey is excited about the prospect of going into a full-time college, after previously going to a residential college five days a week.

‘He knows now he’s 19 he’s going to a college,’ said Katie. ‘He’s more excited about what his room’s going to look like and if it’s got a kitchen cause he probably thinks I’m going to fill it up with lots of stuff – which I won’t be!’

‘I’m doing it that way for him because I want him to be happy and if he’s not happy, I’m not happy.’

Katie is offering a candid look into their lives in a new BBC documentary, Harvey and Me, which premiers at 8.30pm on Monday, January 25 and will chronicle Harvey’s life as he turns 18.

WHAT IS PRADER-WILLI SYNDROME?

Other potential issues include learning difficulties, lack of sexual development and behavioral problems such as tantrums or stubbornness.

The rare condition, which affects one in every 15,000 children born in England, is caused by a defect on chromosome number 15 – and happens by chance.

Because there is no cure, treatment aims to manage the symptoms – with parents of sufferers urged to get their children to stick to a healthy, balanced diet.

Children with the syndrome can eat up to six times more than children of the same age – and still feel hungry.

It was first described in 1956 by Swiss doctors A Prader, A Labhart and H Willi.