Katie Price was warned by police for the second time this month after her own fans reported her for breaching Covid rules, it has been claimed.

The former glamour model’s beau Carl Woods, 32, revealed on Thursday that officers had visited them after they drove to Sheesh in Essex to collect a takeaway.

And now a source has told The Sun that Essex police were alerted to the trip – which is thought to have also involved surprising people who’d bought Katie’s bath bomb collection – by followers of the couple on social media.

It comes after the couple escaped a fine for travelling 150 miles for a ‘work shoot’ on Valentine’s Day weekend. 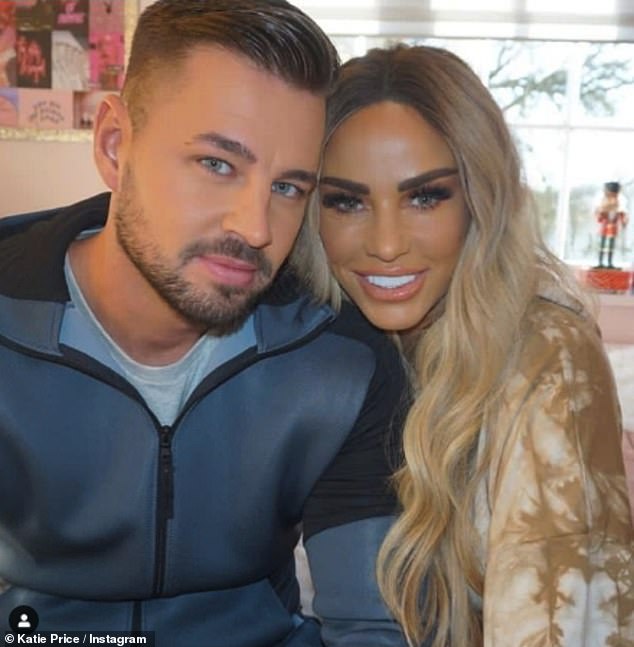 Police visit: Katie Price and Carl Woods were warned by officers for the second time this month after her own fans reported her for breaching Covid rules, it has been claimed

An insider told the publication: ‘Police went round yesterday and spoke to Katie and Carl about essential travel and what is within the rules and what isn’t.

‘Katie hasn’t done anything wrong – she was working – but it sounds like her own fans reported her for the trip to Sheesh [restaurant] and for driving around surprising people who’d bought her bath bombs.’

They added that Katie has now ditched any future plans to meet fans face-to-face and will instead chat to them on video calls.

Essex Police told MailOnline: ‘We were contacted on Thursday 25 February with reports of an alleged breach of coronavirus regulations. Officers attended and after speaking to the individuals involved, found no breach had been committed. 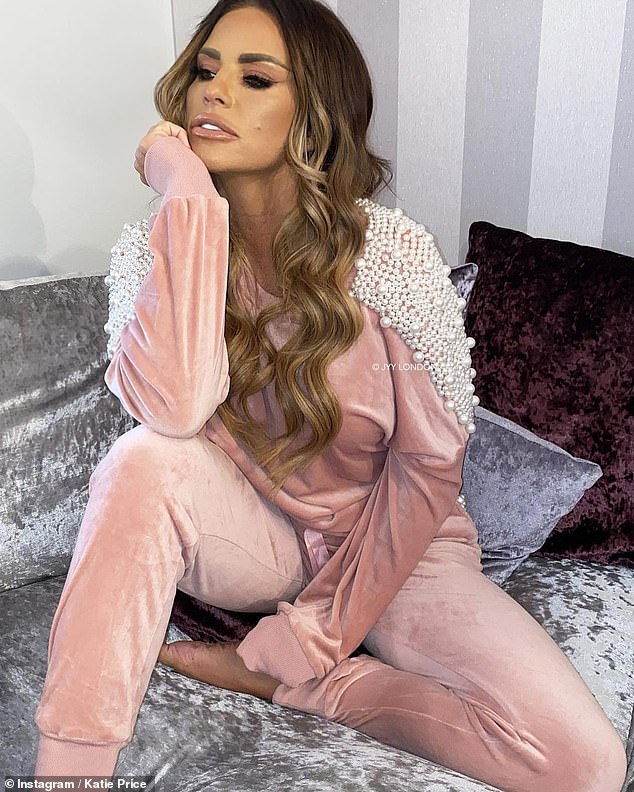 Claims: A source has said that the trip to collect the food also involved surprising people who’d ordered from Katie’s bath bomb collection

‘In our approach to policing the government’s coronavirus regulation breaches we continue to engage with people, explain the regulations and encourage them to do the right thing, taking action against those who commit clear and blatant breaches.’

MailOnline has also contacted Katie’s representative for a comment.

On Thursday night, Carl launched into a furious rant as he revealed they had been visited by police again, accused of breaking Covid rules.

The car salesman, 32, took to Instagram to say how they had been reported for driving 45 minutes to collect a takeaway from Sheesh in Essex on Wednesday.

Carl said: ‘I just had the police back at the door again. This time because we had Sheesh takeaway last night and someone reported us saying it’s ‘unessential’ that we went to Sheesh to get takeaway.

‘What is wrong with you people? You’re just wasting police time. I’m just going to carry on, living the way I live and so is Kate because we’re doing nothing wrong.’ 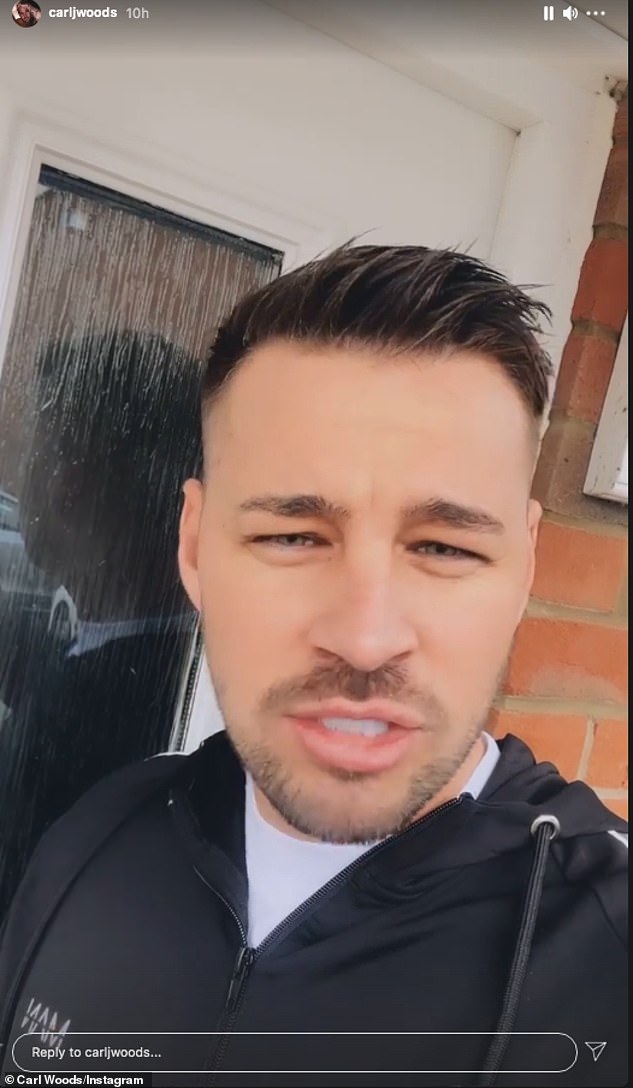 Irked: Katie Price’s boyfriend Carl Woods launched into a furious rant on Thursday as he revealed they had been visited by police again, accused of breaking Covid rules 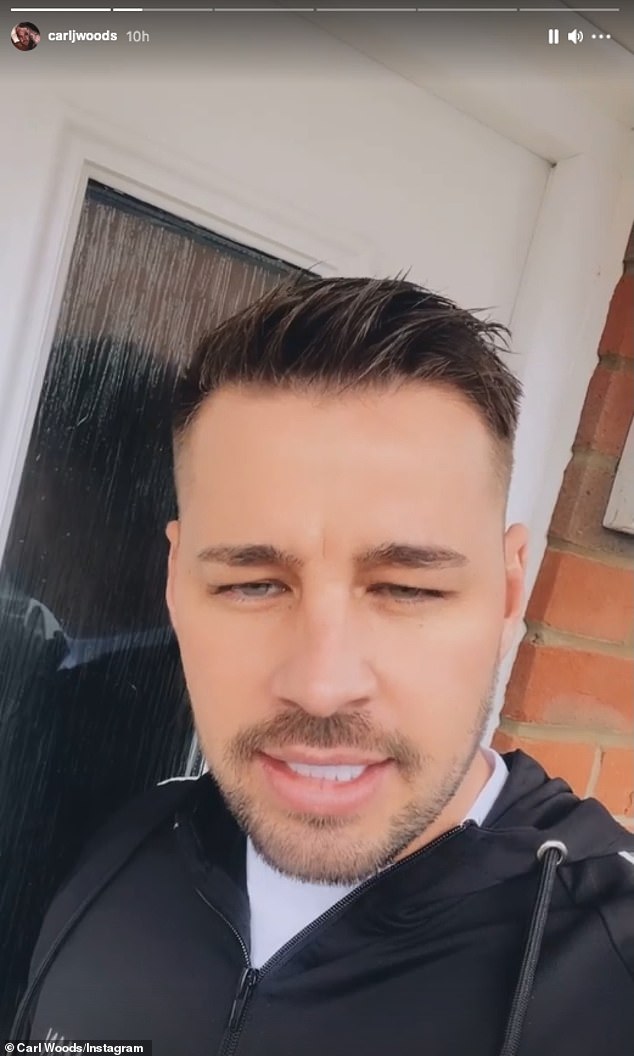 Rant: Carl said: ‘I just had the police back at the door again. This time because we had Sheesh takeaway last night and someone reported us saying it’s ‘unessential’ that we went to Sheesh’

Under current government rules, a ‘stay local’ order is in place if you need to leave your home.

Stay local means ‘stay in the village, town, or part of the city where you live’ – unless there is a justifiable reason not to do so (for example, you need to travel further for work or to avoid harm).

The police visit comes days after Katie and Carl were caught faking their Valentine’s Day weekend while they travelled 150 miles to a log cabin in Shropshire, and escaped punishment by claiming their trip was for a ‘work shoot’.

The former glamour model had tried to fool fans into thinking Carl had built the cabin in their own garden and stuffed it with pink balloons, roses and cake. 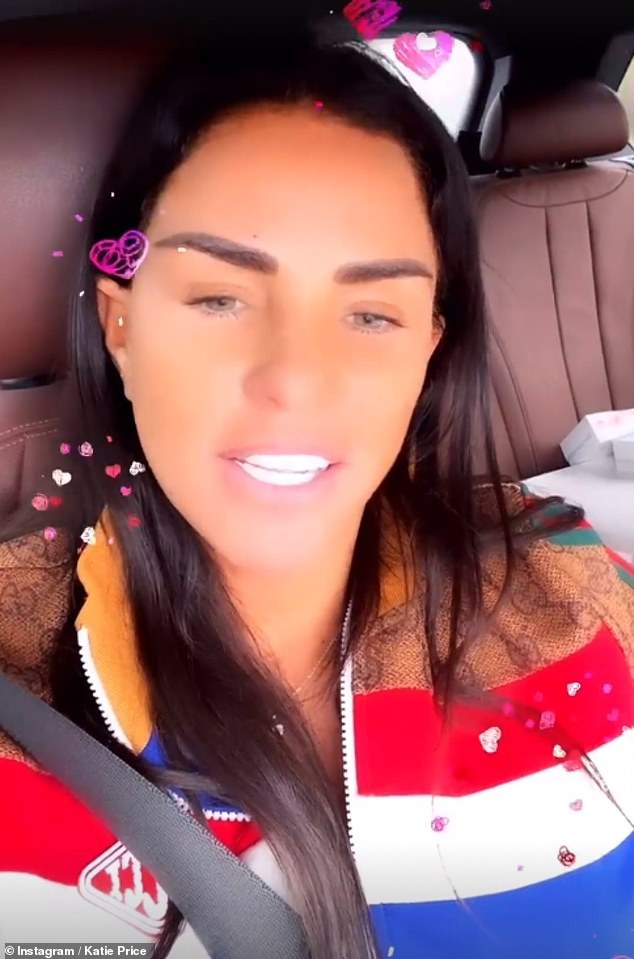 Controversy: It came after Katie and Carl escaped a police fine after they were caught faking their Valentine’s Day weekend while they travelled 150 miles to a log cabin in Shropshire

But the pair had actually travelled nearly 200 miles to stay at the woodland resort.

When questioned by police, the pair explained they were there for a photoshoot. As this counts as work, they did not break lockdown travel rules.

The couple had attempted to cover up the trip by faking their weekend plans, as Katie claimed she and Carl were spending the romantic holiday at his home in a ‘love cabin’ he had prepared in his back garden.

The lavish decorations, including a wall of roses and a three-tier cake, matched those in pictures Katie shared online. 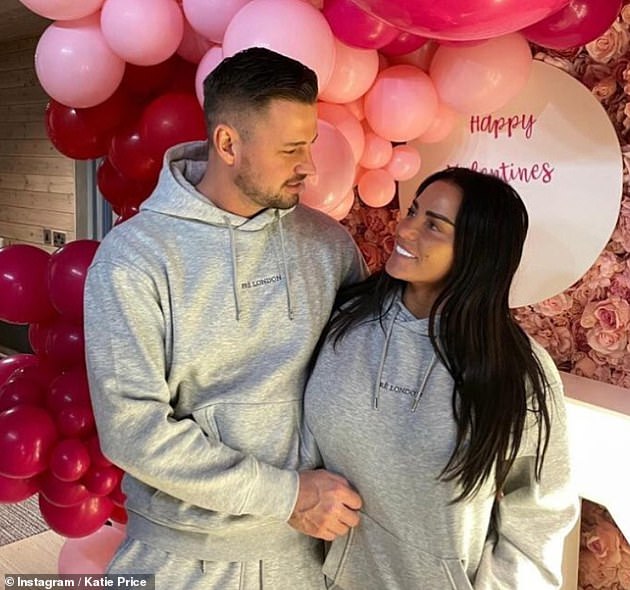 Grand gesture! The couple had attempted to cover up the trip by faking their weekend plans, as Katie claimed they spending the romantic holiday at his home in a ‘love cabin’

The mother-of-five, who moved in with her boyfriend last year, told The Sun at the weekend: ‘I never expected all of this. There’s a cabin in the garden and the decorations are unbelievable.

‘So much thought has gone into it and he didn’t get anything for free – he designed and paid for it all himself.’

A spokesman for Henlle Hall confirmed Katie was there for a clothing photo shoot ‘at no charge’, adding: ‘The police arrived at the hall… spoke with both Katie and Carl and left shortly after.’

According to current coronavirus restrictions, all non-essential travel has been banned amid the UK’s third lockdown.

Government guidelines state that a person cannot leave their home or the place where they are living for holidays or overnight stays unless they have a reasonable excuse for doing so.

This means that holidays in the UK and abroad are not allowed, and includes staying in a second home or caravan, if that is not their primary residence.

The rules also apply to those staying with anyone who they don’t live with unless they’re in your support bubble. 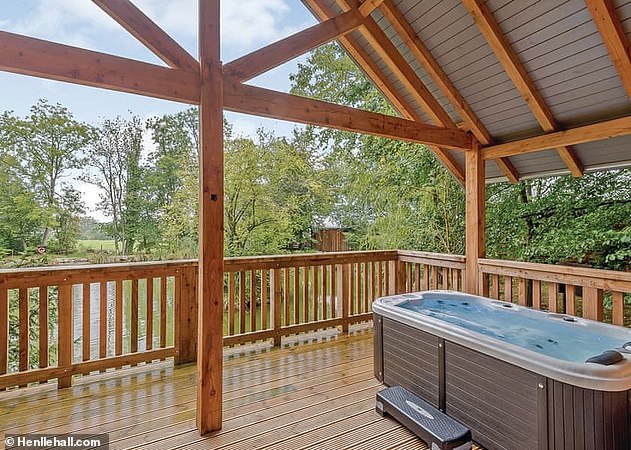 Accommodation: The couple stayed in a lavish log cabin in Shropshire, and claimed their trip was for a ‘work shoot’, as lockdown means any overnight travel is banned