Katy Perry pulls down skirt to show bare baby bump while revealing what it is like to isolate with Orlando: ‘You can’t hide your foot fungus or anything!’

Katy Perry looks very far along in her first pregnancy.

On Tuesday the Roar singer showed off her baby bump, even pulling down her skirt for a closer look, while talking to singer Cy on Instagram Live.

The 35-year-old beauty, who is due this summer, also revealed she can’t ‘hide’ anything from fiance Orlando Bloom now that they are self-isolating together. 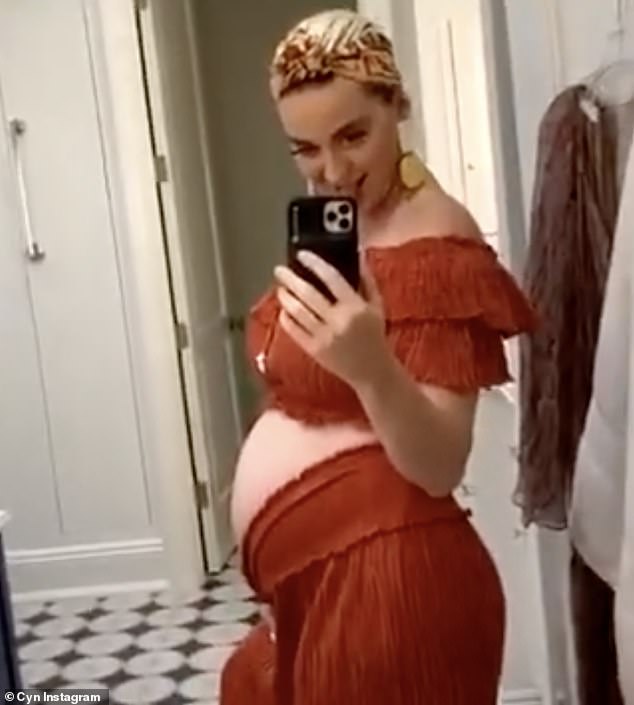 Bumping along nicely: Katy Perry showcased her growing baby bump on Instagram Live for her followers on Tuesday during a chat with singer, Cyn

‘If you love me during quarantine, you will love me any other time,’ she joked during the chat.

Katy went on to say that while she’s in love with the UK actor, she doesn’t think they will ever reach perfection. 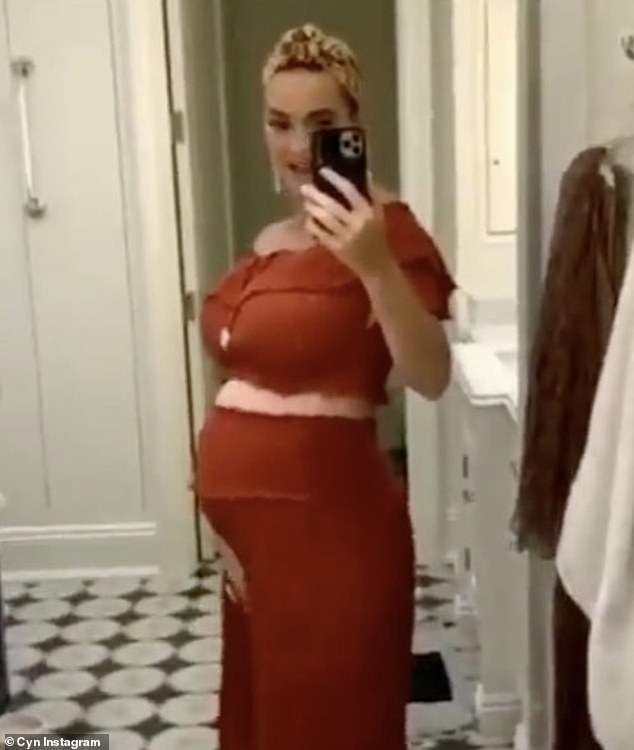 Dishing it all: The 35-year-old beauty was speaking with singer Cyn on an Instagram Live where she opened up about what it was like isolating while pregnant with fiance, Orlando Bloom 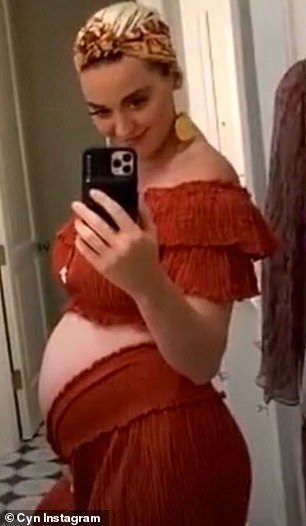 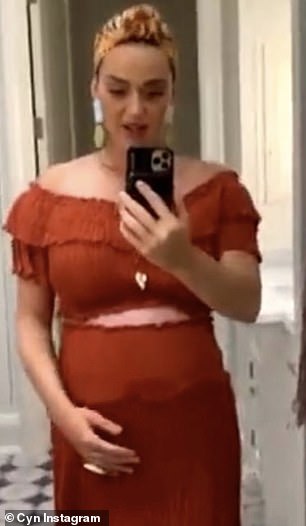 Growing! Katy wore a stretchy two piece that allowed her to showcase her belly’s huge size 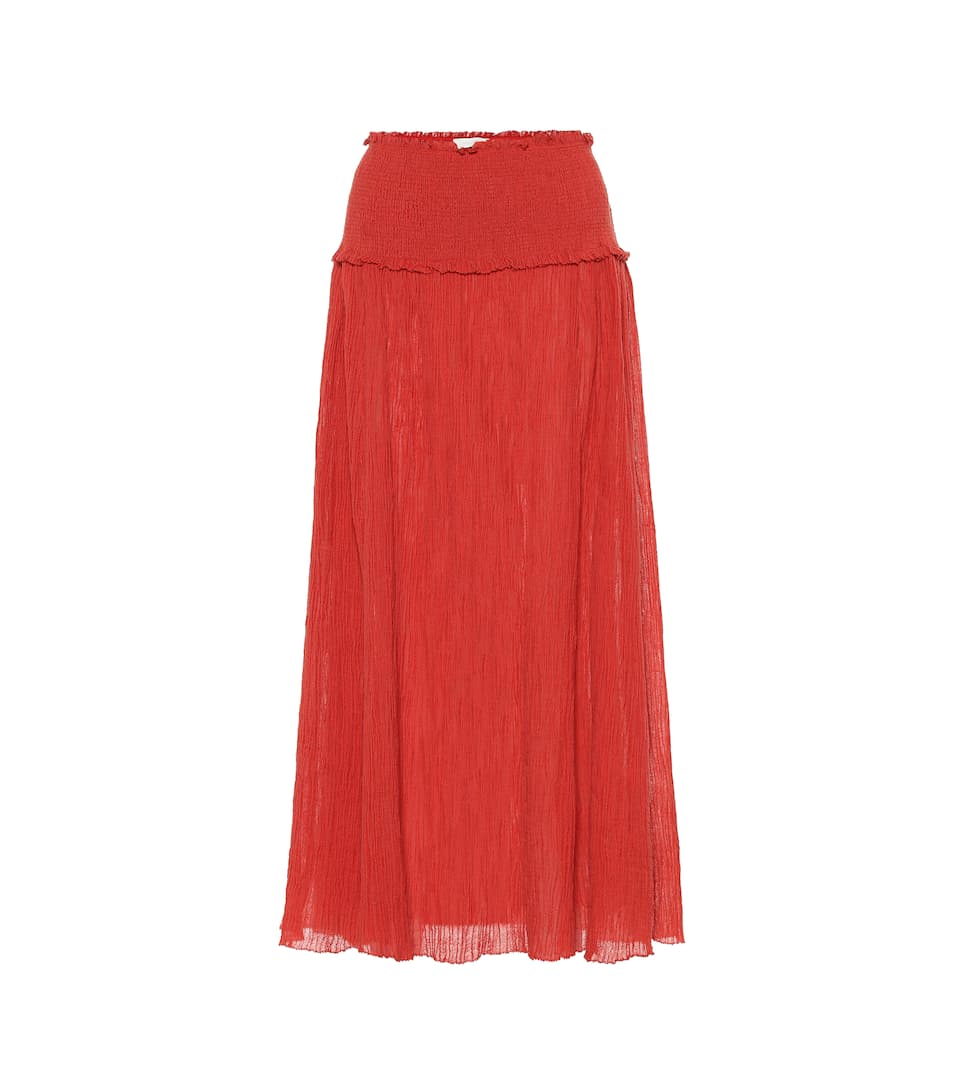 ‘You’re always going to be working on yourself and your relationship. Your partner is your mirror,’ she explained.

‘I don’t know about you, but sometimes if you get me in front of one of those magnifying mirrors at a hotel, and I see my pores and whiskers, I won’t leave the room for 30 minutes.’

She continued: ‘I’m like, I can’t believe I see all the things that I never saw and I need to work on. That’s what your partner is.’ 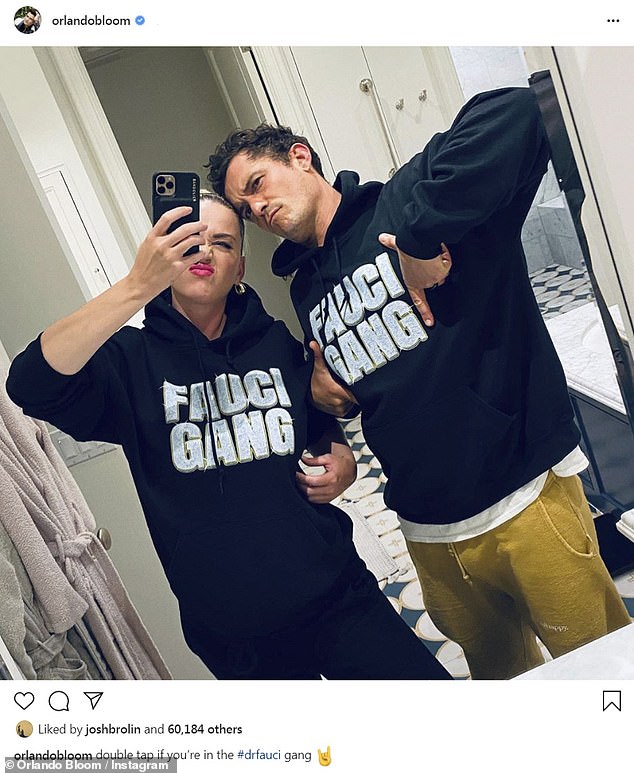 Doing their best: Katy went on to say that while she’s in love with the UK actor, she doesn’t think they’ll ever reach perfection

Katy recently shared with Extra that she had had some ‘horrible days’ while in lockdown pregnant.

‘Even though I can get highly annoyed by being quarantined with my family in close quarters, I feel we’ve laid a new foundation within our family,’ she explained.

‘There’s a bond that’s even stronger. We have some horrible days where I want to cry, but I believe when we look back at this, for myself, it will be this beautiful bond that we created.’

Katy announced her pregnancy earlier in the year while debuting her music video for, Never Worn White. 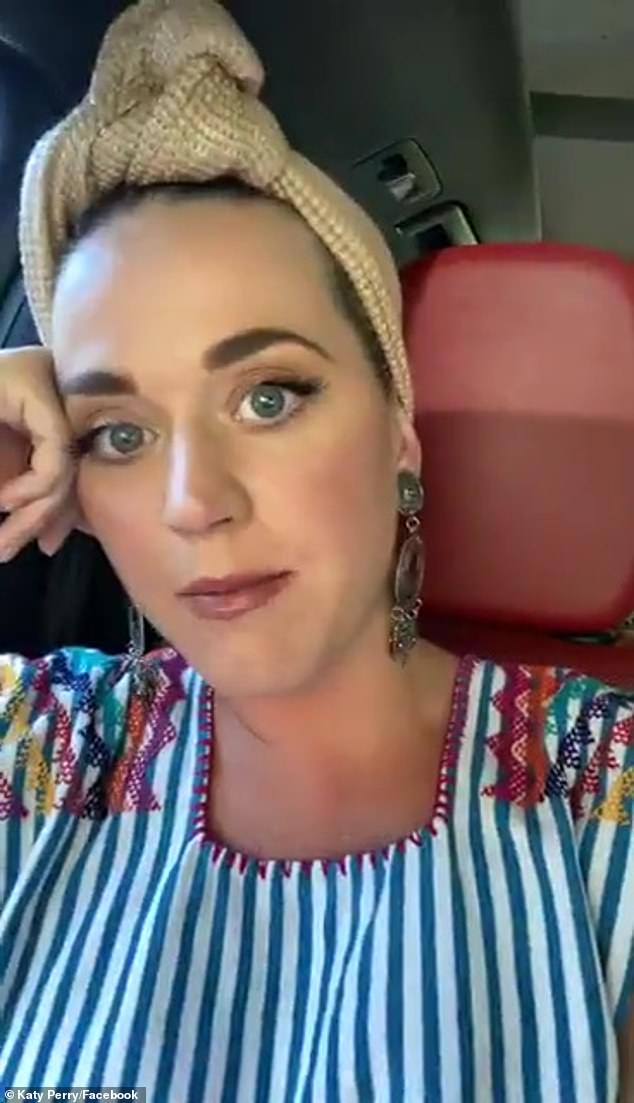 Not happening: The singer shared during a Facebook Live chat earlier in the week that she was coming to terms with the fact she wasn’t going to be able to have a baby shower for her child, amid the global pandemic 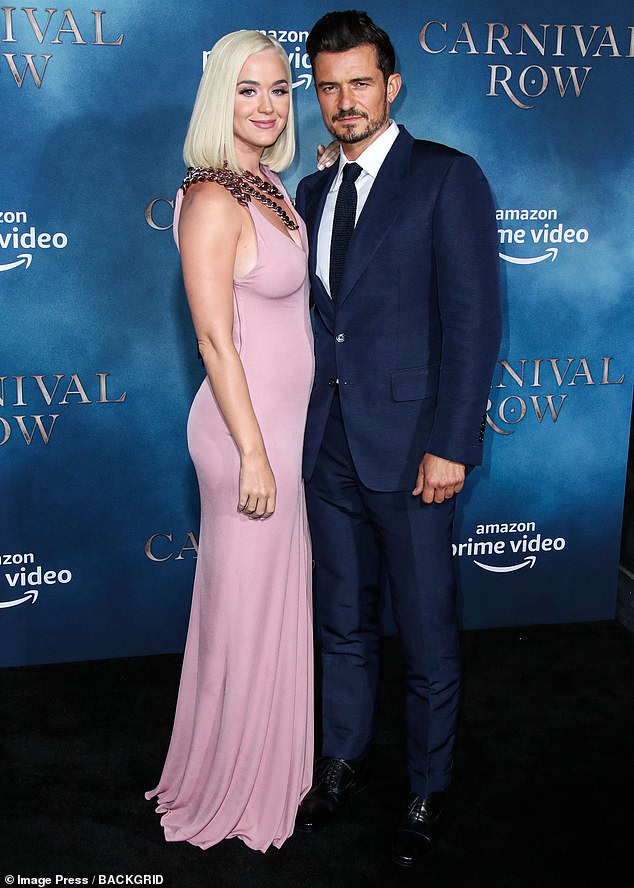 The singer shared during a Facebook Live chat earlier in the week that she was coming to terms with the fact she wasn’t going to be able to have a baby shower for her child, amid the global pandemic.

‘I know not everyone does a babymoon or a baby shower. But I’m not sure I’m gonna be able to do any of that.

‘I’m just taking it one day at a time. But I’ll be grateful. I mean, I’m grateful now, but there’s a lot going on.’ 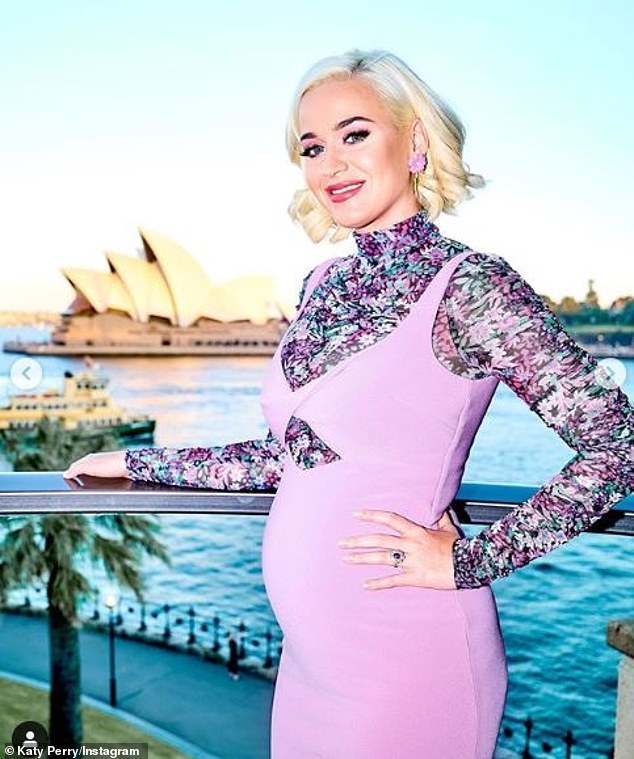 Baby on the way! Katy and Orlando are expecting a daughter in the summer. It will be her first child and his second

Aside from missing out on pregnancy traditions, The Fireworks singer has also had to put her wedding plans on hold.

Katy and Orlando got engaged on Valentine’s Day 2018 and were reportedly planning to exchange their vows in Japan in front of 150 guests, according to People.

The 13 time Grammy nominee was previously married to Russell Brand between 2010 and 2012.

The Pirates Of The Caribbean star has also been married once before to Miranda Kerr. The amicable couple co-parent their son, Flynn, nine.