Keke Palmer took to Instagram to share her own funny version of the ‘silhouette’ challenge, which included an interruption that had fans laughing in the comments.

Keke Palmer, 27, showed off her sense of humor when taking on the popular silhouette challenge on Jan. 31! The actress starts off like everyone else in the video, which she posted to Instagram, and brushes her teeth while wearing a light and dark orange tie-dye night shirt. She then walks away from the camera into the doorway of the bathroom before the lights go out and she puts her hands up in the door frame while swinging her head back as she looks to be wearing next to nothing.

A couple of seconds into the silhouette effect, the iPhone’s 20% low battery warning pops on the screen covering the entire top half of her head and body. She then puts one hand up as the notification goes away and gestures a “no no no” hand motion with her finger before swinging her head to the side and then walking away. “Know I had to show y’all what’s really good…😌,” she wrote in the caption for the hilarious clip.

It didn’t take long for Keke’s fans to comment on the unique version of the challenge and many of them appreciated her lighthearted take on the video as well as the relatable annoying interruption that a battery warning can bring. 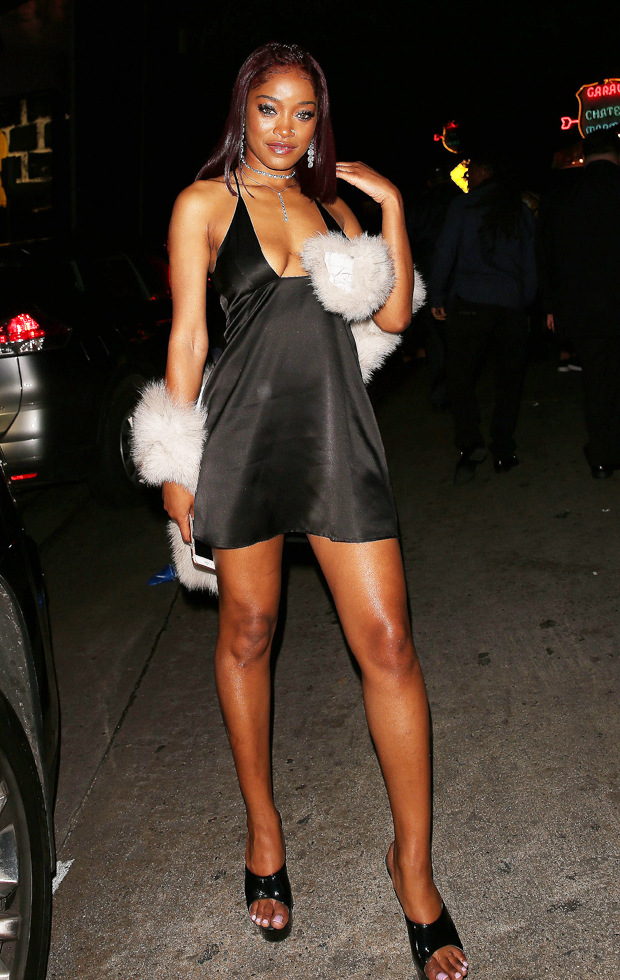 “WAS IT JUST ME?!? I knew it’s was her video but I still hit low power mode with the quickness😭😭😭,” one fan wrote. “😂😂😂 high key brilliant,” another complimented. “Now sis! You knew we were waiting 😂,” a third wrote.

Before Keke got attention for the silhouette challenge, she made an impression with a makeup-free pic that showed off her acne while revealing she was struggled with a diagnosis of polycystic ovary syndrome (PCOS), a hormonal disorder causing enlarged ovaries with small cysts on the outer edges. “Poly Cystic Ovarian Syndrome has been attacking me from the inside out my entire life and I had no idea. My acne has been so bad that people in my field offered to pay for me to get it fixed. I tried EVERYTHING,” she wrote in the caption for the pic, which she posted on Dec. 1.

“I did Accutane TWICE. People say drink water, have a better diet, but I did all that, I ate all the ‘right’ things, my blood tests were fine. But it took ME taking a personal look into my family that has a history of diabetes and obesity, to understand what was ACTUALLY happening with me,” she continued before further explaining that doctors are “people” and didn’t properly diagnose her for years.

“The least harmful thing PCOS can bring is acne. To all the people struggling with this please know you’re not alone and that you are still so f*cking fine! MY ACNE AINT NEVER STOPPED ME,” she concluded. “But we don’t have accept this. Now I can really help KEKE! And I love her so it’s ON.”