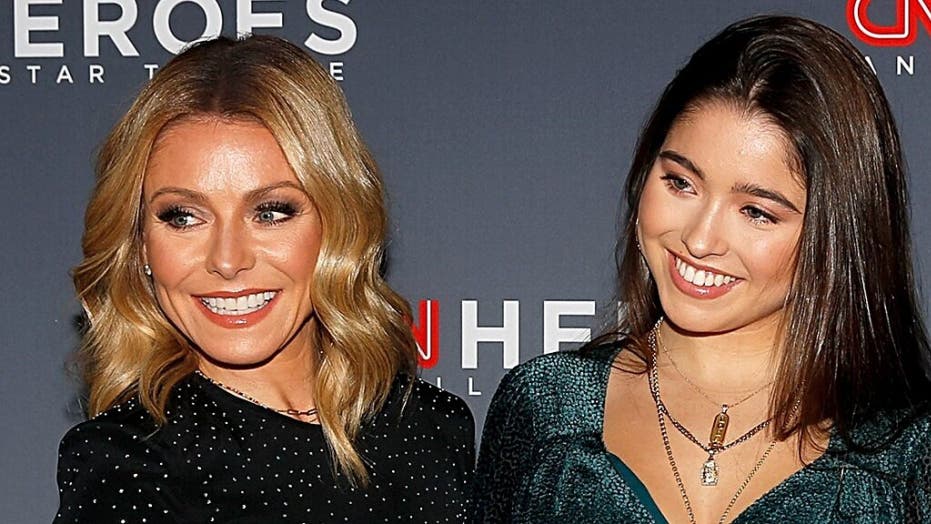 ‘Live with Kelly and Ryan’ host Kelly Ripa revealed on Wednesday her most embarrassing NSFW FaceTime call to ‘Watch What Happens Live’ host Andy Cohen. The tale was meant as a cautionary one, warning viewers to text before attempting to video call a friend. Ripa said she gave Cohen, and inadvertently a group of J. Crew associates, an unexpected peep show when she answered the FaceTime call completely naked.

Kelly Ripa admitted she was blown away by daughter Lola's spending.

The Emmy-winning host revealed on Tuesday’s episode of "Live with Kelly and Ryan" that she had to "shut down" the college student's debit card after she spent way too much on Postmates, the food delivery service.

“But you know, she doesn’t like the meals at school so she was ordering Postmates,” she added. “Here’s what would happen. She would order the $7 salad but it would cost $25 dollars to have it delivered three blocks in New York City.”

After Ripa and her husband, Mark Consuelos, realized how much money Lola was spending, they shut down the account. “Oh we shut down that debit card account she had,” she said.

Lola, 18, is currently a student at New York University, which she started in August. Her older brother, Michael, 22, also attends the same college while their younger brother, Joaquin, 16, is still in high school.

During the summer, Ripa and Consuelos admitted they had a hard time letting go of their middle child.

“#tbt 2001 from your christening to college,” Ripa captioned a throwback Instagram post. “In the blink of an eye. I’m not crying. You’re crying. Actually Daddy’s sobbing.”

Ripa previously said on the show of being a mother: "I also just loved having [kids]. I adore them as the grown-ups that they’ve become … but when they are tiny, they are just so adorable. And they say amazing things, and I miss all of that.”