Strictly Come Dancing winners Kelvin Fletcher, 36, and Oti Mabuse, 29, were pictured on a night out at London’s Sanctum Soho Hotel in the early hours of the morning last weekend. Following this, Liz, who married Kelvin in 2015, was pictured without her wedding ring and also reportedly unfollowed him on social media.

It only comes out on special occasions

Despite this, the couple put on a defiant display as they shared a kiss and a cuddle at a train station today.

Following this, Liz broke her silence about why she isn’t wearing her wedding ring.

She began by sharing a rolling eyes and tired face emoji with her 19,000 followers.

She added: “That ring is heavy, it only comes out on special occasions.” 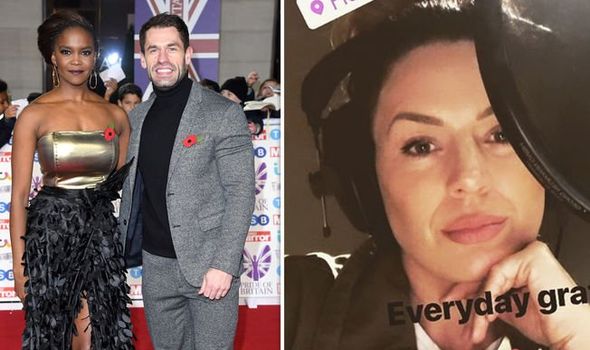 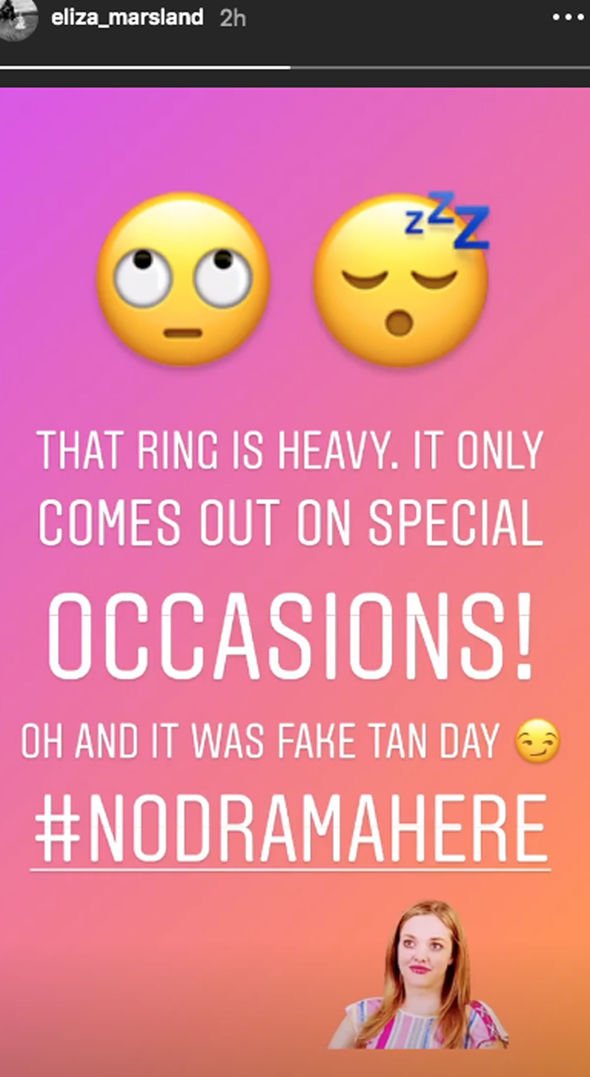 She added: “Oh and it was a fake tan day #Nodramahere.”

After his night out with Oti, a source claimed she “felt like a fool” while she was at home with their young children.

A source told The Mirror: “She was not worried about anything going on between them it was the fact that she was at home doing all the motherly things and here he was out gallivanting.”

They added: “It all got a bit too much when she saw the pictures. 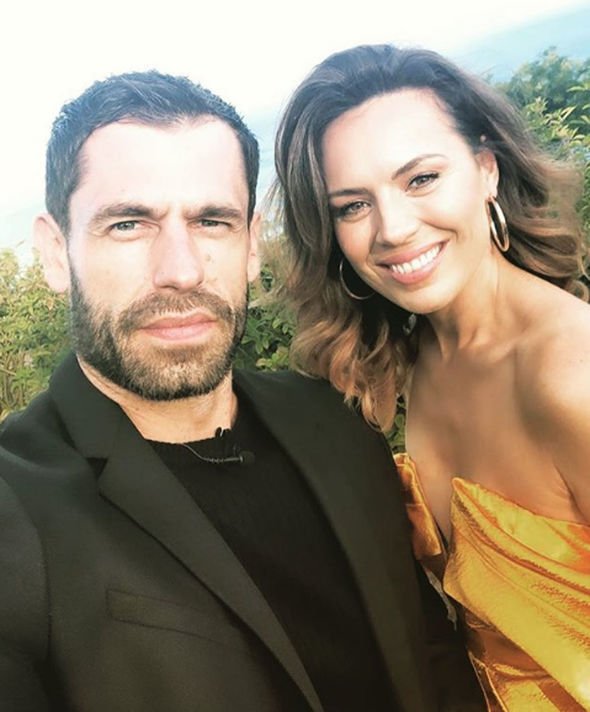 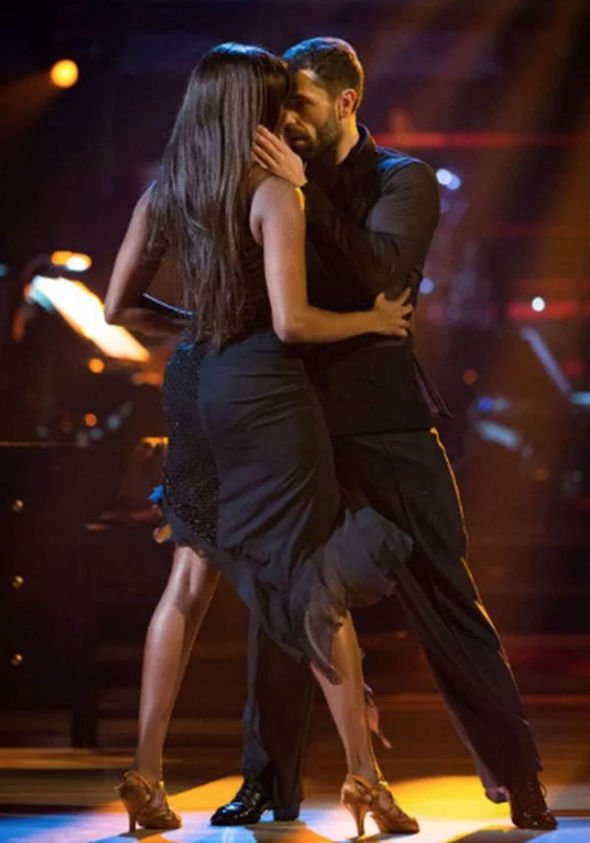 “She has been at home looking after the kids while he has been away on tour having a good time.”

The source went on to say that Liz unfollowed Kelvin on Instagram but admitted to “feeling a bit silly” about doing that now.

“She got upset and angry and unfollowed him,” they remarked.

“She feels a bit silly now but to be honest he shouldn’t have put her in that situation where she had all her friends ringing her yesterday morning asking if she was OK.

“She hated being put in that position and felt like a fool.”

Strictly pro Oti – who is married to dancer Marius Lepure – and Kelvin were seen enjoying each other’s company last weekend.

A source added to the publication: “Oti wanted to talk to a friend as she lost her act on The Greatest Dancer.

“They didn’t want to go for drinks at Kelvin’s hotel as there are lots of fans.

“They were only there until midnight having drinks and both went home.”

The dancing duo grew close during their time on Strictly Come Dancing together last year, which the won.

Despite winning, the pair didn’t dance on the recent nationwide tour together, due to Oti’s commitments with The Greatest Dancer.

Instead, the former Emmerdale star danced with Janette Manrara. Vicky Pattison sexiest pix
We and our partners use cookies on this site to improve our service, perform analytics, personalize advertising, measure advertising performance, and remember website preferences.Ok