Kelvin Fletcher’s wife has given birth to twin sons and shared an adorable first pic of babies on Instagram on Wednesday.

The couple, who are yet to reveal the names of the two new arrivals, wrote: ‘They are here!! My heart is filled with so much love and gratitude.’

The couple – who announced they were expecting twins in January – already have two young children Marnie aged five and three year old Milo. 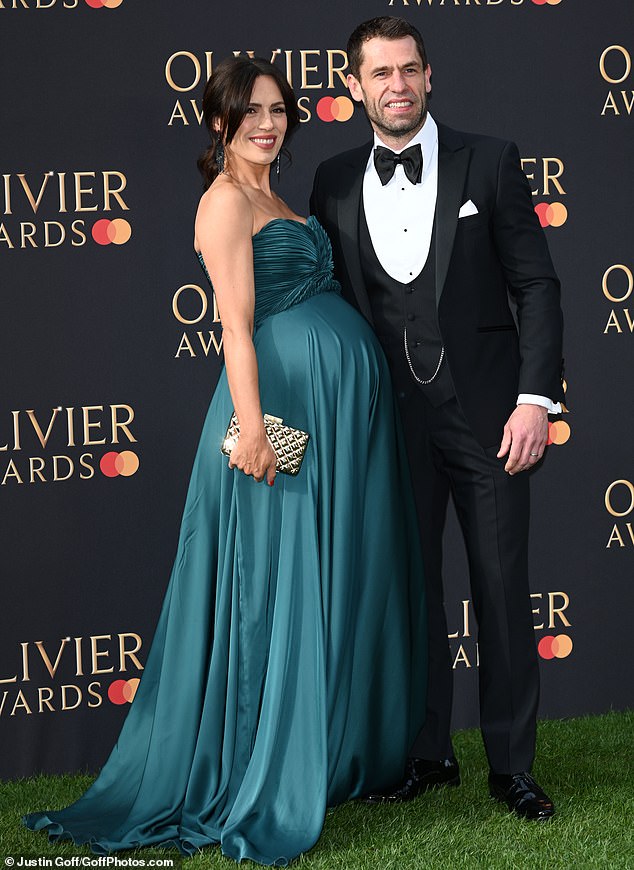 ‘They are here’: Ex-Emmerdale star Kelvin Fletcher’s wife Liz has given birth to twin sons – they were last pictured at the Olivier Awards on April 10 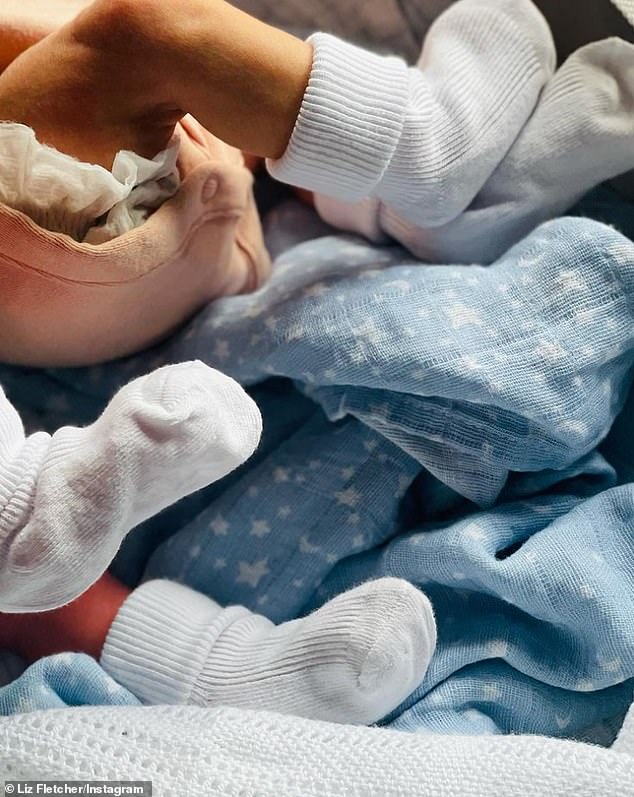 New arrivals: Liz shared this first adorable picture of the two new babies – they are yet to reveal their names

Kelvin also shared the same photo, and wrote: ‘A gift from God Welcome to the world my little boys ❤️ #ifyoucouldseemysmile.’

The couple, who recently moved to a farm in the Peak District, were last pictured out together at the Olivier Awards on April 10.

Ex-Emmerdale star Kelvin, 38, and his wife previously said they ‘feel so lucky’ to find out they were having two sons.

Speaking to Hello! magazine, Kelvin said: ‘We’ve already got the best of both worlds with Marnie and Milo, so I didn’t mind either way, but finding out we’re having sons is amazing. 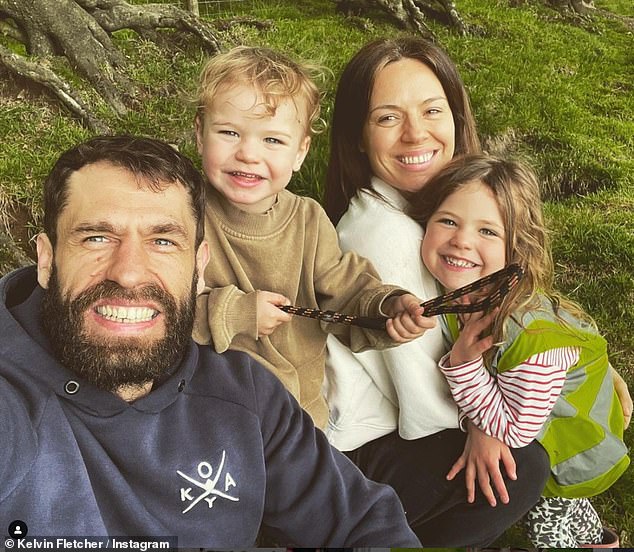 Family: The couple are already parents to two young children Marnie aged five and three year old Milo, and last year moved to a farm in the Peak District

‘It was the best day of my life. It was a moment of complete disbelief. I’ve never felt joy like it.’

Liz said: ‘I felt every single emotion under the sun. First, there’s double the worry.

‘I thought about things like breastfeeding, how is that possible with two? How do you pick up two babies at the same time?

‘I felt all of this in the space of 30 seconds. Kelvin was saying it’s a miracle, and I was thinking ‘How are we going to do this?’ But now we can’t imagine it any other way. We feel so lucky.’

Kelvin will be starring in a National Theatre production of Richard Bean’s comedy Jack Absolute Flies Again alongside Caroline Quentin in July. 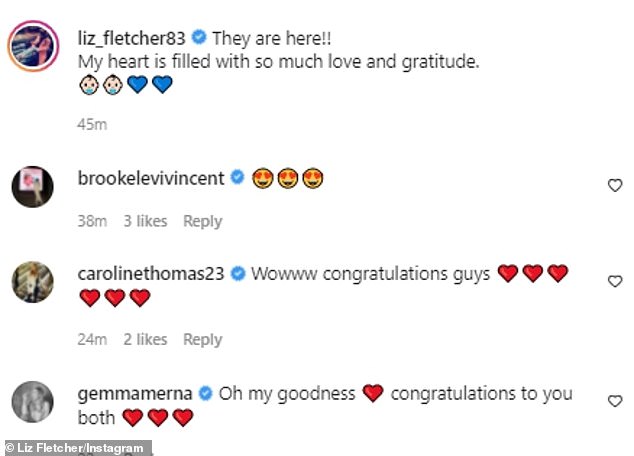 Congratulations! Liz captioned the post with some sweet words and a host of celebrities sent their well-wishes

Happiness: Kelvin also shared the same photo, and wrote: ‘A gift from God Welcome to the world my little boys ❤️ #ifyoucouldseemysmile’

He said: ‘It’s the biggest box to tick as an actor to perform at the National Theatre. I can’t wait to get on that stage and act in front of people again.’

Rehearsals kick off next month which Liz admitted could ‘bring some challenges, doing the play as well as farming and raising a family. It’s all going on.’

The pair, who have been married for seven years, made the announcement they were expecting twins during an appearance on BBC Breakfast to talk about their new show Kelvin’s Big Farming Adventure. 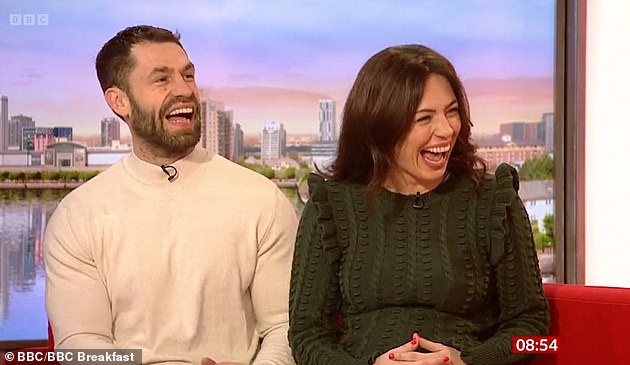 Family: In January, the duo announced they were expecting twins. The pair who have been married for seven years made the announcement during an appearance on BBC Breakfast

Revealing the big news, Kelvin admitted the couple ‘don’t do things by halves.’

BBC Breakfast host Sally Nugent prompted the announcement as she asked the couple: ‘You were already quite busy, weren’t you, before you took on a farm, with two young children. And you have news to share with us this morning, which is…’

The former soap star said: ‘We just recently found out, to add another curveball if you like. We don’t really do things by halves and then we found out we’re having not just one baby, but two! 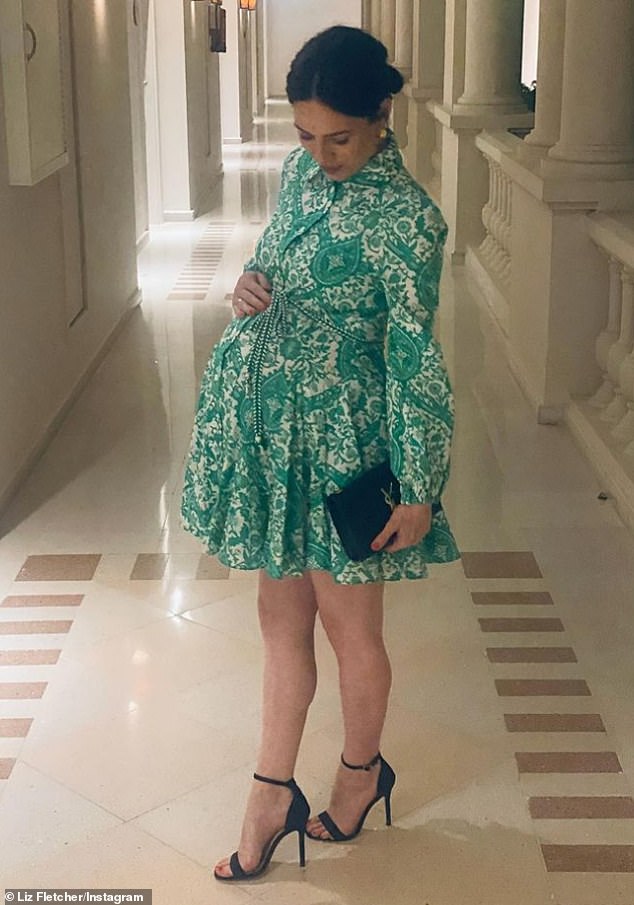 Twins: Liz said of the moment she found out she was expecting twins: ‘I felt every single emotion under the sun. First, there’s double the worry’ (pictured in March)

He added: ‘So yeah, we’ll have four children!’

Kelvin appeared on Emmerdale for more than 20 years, playing the character of Andy Sugden until 2016.

The actor then appeared on Strictly Come Dancing, where he wowed fans with his moves after stepping in for Jamie Laing at the last minute.

He went on to win the Glitterball Trophy with partner Oti Mabuse, sister of judge Motsi Mabuse. 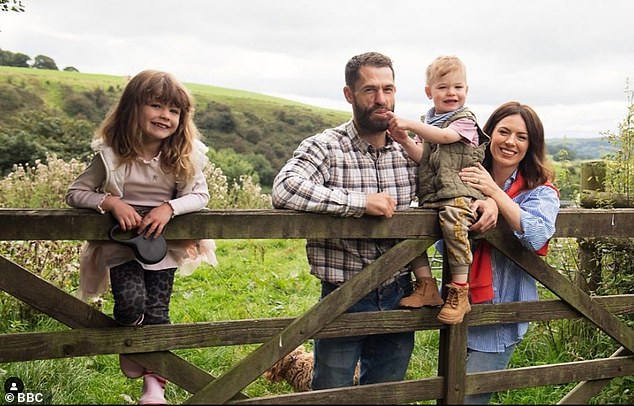 Family adventure: Kelvin recently bought a farm in the Peak District and the family’s recent show followed his ‘baptism of fire’ as he navigated the task with no farming experience