Kendall Jenner sizzled in some new snaps she shared from her weekend in Palm Springs.

Sitting in the sun, the 25-year-old put her model figure on full display as she perched on a chair poolside at her mom Kris Jenner’s California desert compound.

The brunette beauty donned a tiny nude bikini along with some brown cowboy boots as she reclined on the seat in several snaps she shared to Instagram. 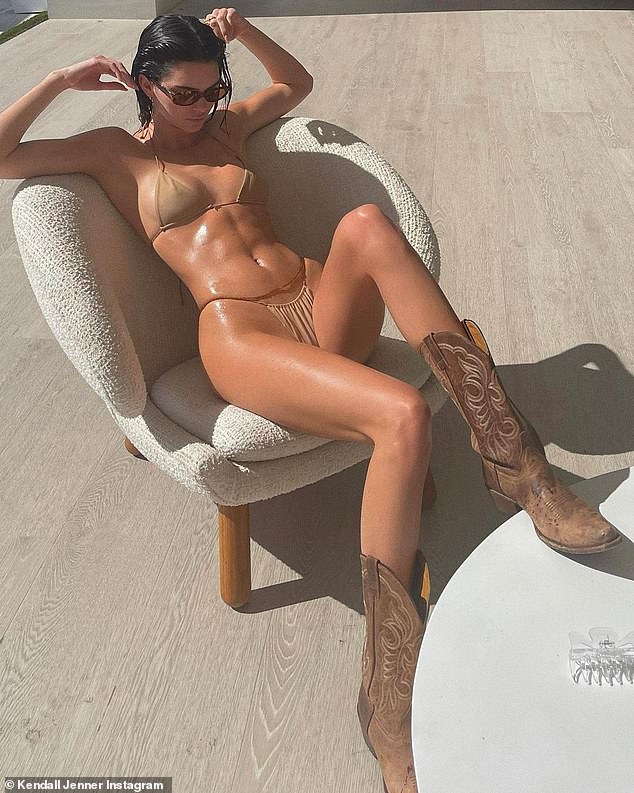 Sunny spot: Kendall Jenner donned a tiny nude bikini along with some brown cowboy boots as she relaxed in Palm Springs on Sunday

Kendall’s brunette locks looked wet as if she’d just emerged from the pool and she pulled them back with a claw clip.

The three photos showed Kendall relaxing on the patio of her mother’s stylish and palatial La Quinta home where the Kardashian/ Jenner clan escaped to over the weekend to celebrate Easter.

On Sunday Kendall dazzled in a pink floral dress as she enjoyed family time with her sisters and nieces and nephews.

And her beau Devin Booker showed his appreciation for the catwalk beauty as she shared a variety of photos to Instagram showing off the look as she frolicked in the sun. 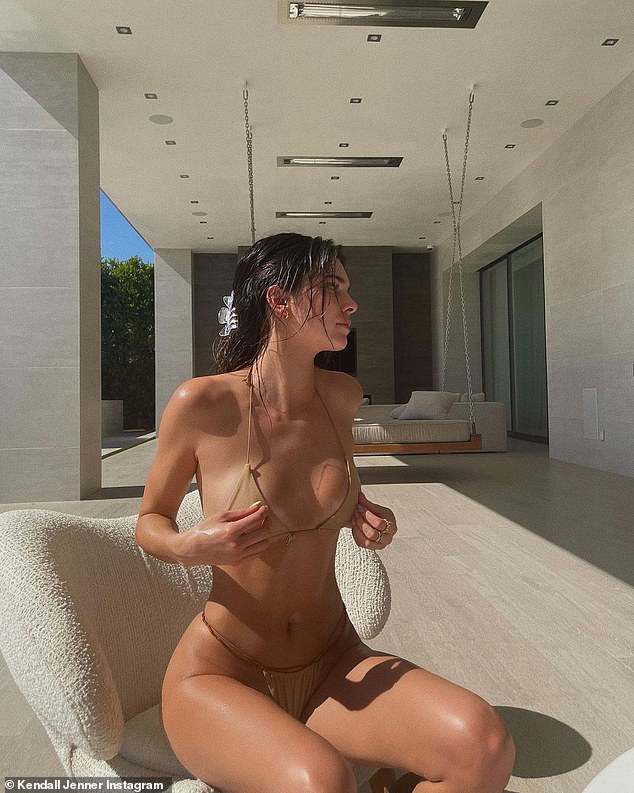 Refreshing dip: Kendall’s brunette locks looked wet as if she’d just emerged from the pool and she pulled them back with a claw clip 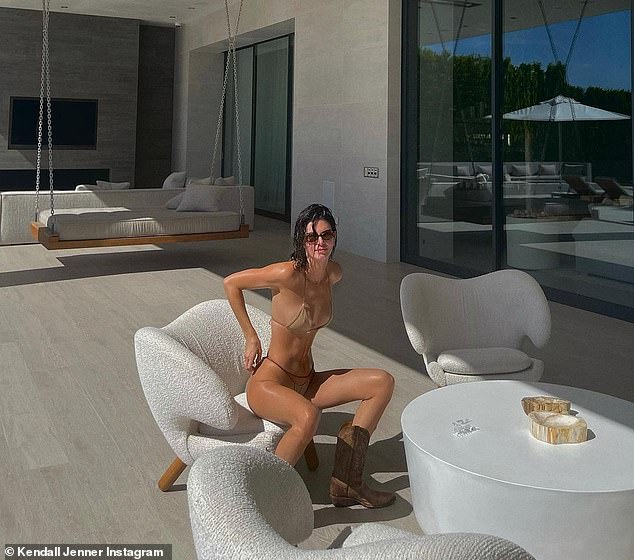 Meanwhile, Kendall hinted she sees kids in her future in a recent preview of Keeping Up With The Kardashians.

The model is the only member of the Kardashian/Jenner family that doesn’t currently have any children, but that could be set to change soon, as she’s admitted she’s keen to become a mother.

In a trailer for the final season of the E! show Kendall said: ‘I want kids badly. Soon too.’ as she doted over pal Malika Haqq’s newborn son Ace.

Kendall has spoken about having baby ‘fever’ in the past, but has also said she likes playing the role of Aunt to her siblings’ children because she can give them back to their parents when looking after them becomes ‘too much’. 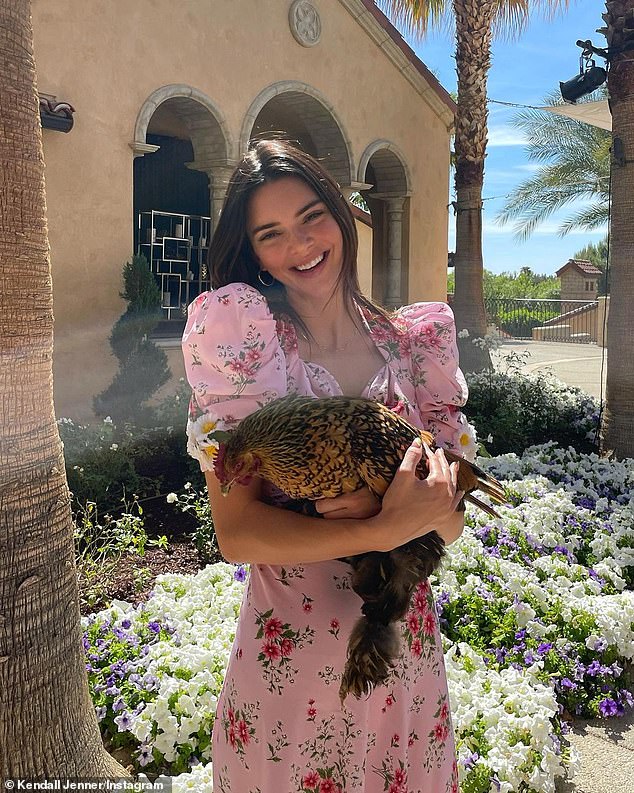 Sunshine: Over the weekend Kendall donned a pink floral dress as she spent time with family in Palm Springs for Easter

Beauty: Kendall’s beau Devin Booker showed his appreciation for her with this comment on her photos on Sunday

Kendall’s change of heart when it comes to having kids of her own comes as she made her romance with NBA star Devin Instagram official in February.

The couple had been linked since April last year, but took their relationship to the next level on Valentine’s Day when Kendall posted a cute snap of the Phoenix Suns player cuddling her on top of a kitchen surface. 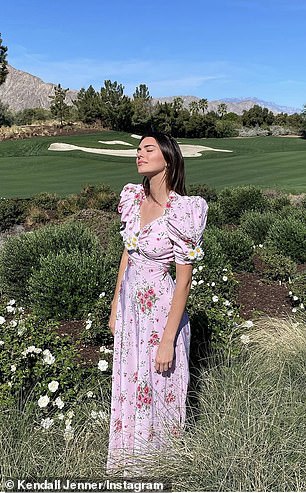 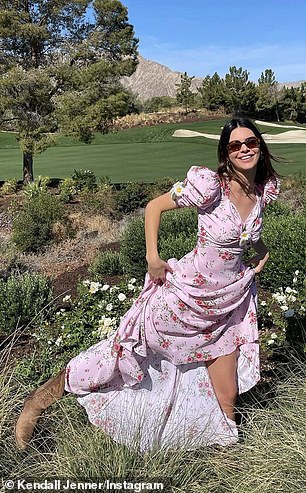 Desert getaway: Kendall, 25, looked gorgeous as she posed up a storm in the California sun

And it was later reported her famous family have given the romance their seal of approval.

An insider said: ‘What first seemed like a fun hook-up, is now a relationship. They are exclusive and Kendall is very happy with Devin.

‘And her family thinks he is great. He was even invited to Kim [Kardashian West]’s 40th birthday celebration in Tahiti.’ 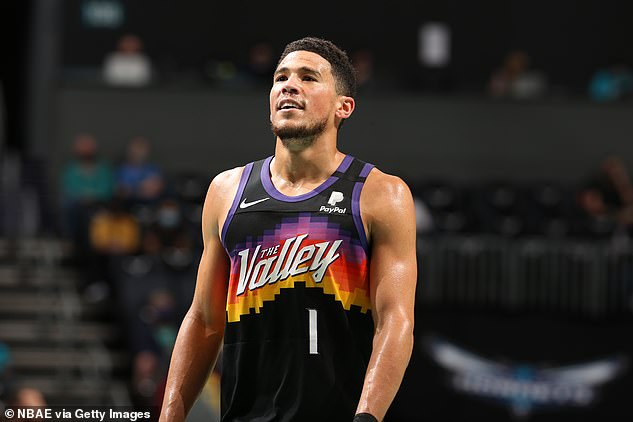 Her boo: Kendall has been dating Devin, 24, for around a year and the couple went Instagram official in February