Kevin Clifton is a huge fan of Ranvir Singh, 43, and Giovanni Pernice, 30, on Strictly Come Dancing 2020. However, the former professional has doubts about this evening’s performance.

I never know whether to use his music on Strictly

Speaking in the latest instalement of his self-titled podcast, the 38-year-old questioned whether it will “work”.

While he backed the pair to dance well, he admitted he was unsure about their song choice: Prince’s When Doves Cry.

The dancer, who quit the BBC show earlier this year, and his co-star were in agreement on the matter.

“We’ve got Ranvir and Giovanni doing Argentine Tango to When Doves Cry,” he started, to much excitement from companion Lauren Oakley. 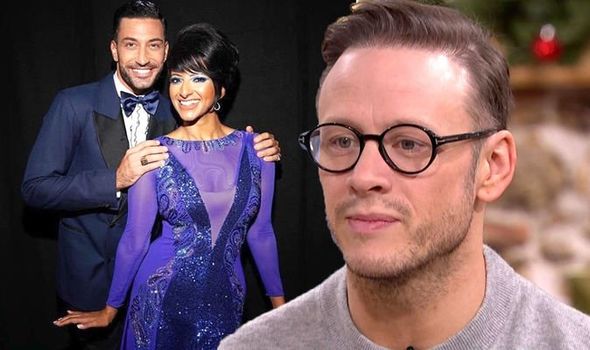 “Oo. I think she’ll smash that!” she responded.

“It’s a good dance for Giovanni – it’s one of his stronger ones,” Kevin said. “He looks the part.”

He was soon questioned on his own strongest dancer, which he said was “always” the pasodoble.

“It was my dance, and cha cha was my weakest…” he claimed.

“I think this will be good for them [Ranvir and Giovanni] two and they will do well at this.”

But, Kevin suggested they may have picked the wrong music to go with it.

He continued: “It’s a good song but Prince is one of those that for me, like obviously he’s incredible.

“I never know whether to use his music on Strictly – whether it works.

“A lot of his music sits in a certain vibe. We’ll see…”

Lauren replied: “They’re all really long. I know that they cut it down, but I don’t feel like they have that peak.”

“I don’t have an issue with Prince’s music. [But] it tends to stay on one level.”

He added that it was not as easy to tell the story with a song like the one they had.

Meanwhile, it comes after Kevin was left “frustrated” at the Strictly judges over their HRVY and Janette Manrara comments.

Strictly Come Dancing continues tonight at 7.15pm on BBC One.