Kevin Hunter Sues The Wendy Williams Show Production: You Fired Me Cause She Divorced Me! 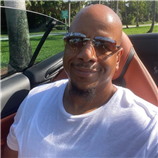 Last month, it was announced that The Wendy Williams Show is ending.

Though Wendy may return to television, her current health struggles make that impossible for the foreseeable future.

Most have their minds on wishing her well and looking forward to Sherri Shepherd’s new show in that timeslot.

People reports that Kevin Hunter, the ex-husband of Wendy Williams, is suing Debmar-Mercury.

He accuses the production company behind The Wendy Williams Show of wrongful termination.

Starting in 2007, he worked as an executive producer on the program. Then, just a couple of years ago, he was fired.

According to Hunter, he was fired “on the basis of his marital status.”

The complaint notes that this “is barred by the New York City Human Rights Law.”

Hunter alleges that he received a notice from Ira Bernstein, founder of Debmar-Mercury, that his firing was “effective immediately” just days after his ex-wife filed for divorce.

The divorce filing in April 2019 came after, following years of cheating speculation, it was revealed that Hunter had fathered a child with a side piece.

It was not until 2020 that their divorce was finalized, but by then, Kevin Hunter was no longer part of the show.

“The termination of Plaintiff was based strictly upon Plaintiff’s marital status and his impending divorce to the Show’s host,” the lawsuit alleges.

It claims that the firing decision was made “ignoring all of the contributions that Plaintiff made to make the Show a success.”

“As a result of Defendants’ aforesaid actions and the breach of their agreement with Hunter,” the lawsuit argues, “the Defendants have been unjustly enriched from Plaintiff’s Executive Producer contributions to the Show.”

The lawsuit continues: “as well as enduring Product Integrations engagements Plaintiff has brought to the Show and that the Show has retained.”

In other words, Kevin Hunter is arguing that he did his job to the show’s benefit, but was then fired for no other reason than that he was Wendy’s ex.

Many have assumed that this (or most of this) is true. But even if he can prove it, whether it actually violate’s his legal rights will be up for a court to decide.

Sherri Shepherd’s show will occupy the same timeslot when it premieres later this year.

It is no secret that she was a guest host late last year, during a time in which the show enjoyed very good ratings.

Kevin Hunter claims that “many of the elements” of Wendy’s show are things that he “helped conceptualize and the product integretions he created” will be copied and pasted onto Sherri’s show.

“Even though The Wendy Williams Show will be over, Defendants will continue to be unjustly enriched by Plaintiff’s initial work,” Hunter argues in the lawsuit.

This is “including his initial concepts created for the Show and Plaintiff’s product integration agreements.”

He’s saying that this new show is benefitting from years of his work, which likely describes most spinoffs.

Hunter even claims that the show “never recovered” following his firing, insisting that production “underestimated [his] value.”

He claims to have been “an integral part of the inner workings of the Show and Debmar was unable to fill the absence of Plaintiff’s departure.”

As such, he believes that the company “breached their foregoing agreements” with him by firing him, removing his EP credit, and no longer paying him.

Kevin Hunter wants “compensatory, punitive damages, an award of costs, interest and attorney’s fees, and such other and further relief as this Court deems just and proper.”

So just how much does that come out to?

He claims that he has lost between $7 million and $10 million, and factoring in all of the above that he lists, he likely wants substantially more than that.