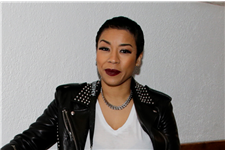 Love is in the air for songstress Keyshia Cole.

The 39-year-old said as much after letting fans know she has someone special in her life again.

She dropped a few hints recently. One included a video of her working out, saying she was getting ready for “BaeCation.” That was followed by her sharing video of a guy doing charitable work handing out food to the homeless, which she captioned, “Yo fine a– giving from the bottom of your heart” with the smiley face and hearts (🥰) emoji. And things certainly were made plain on Tuesday when the singer shared a clip in her InstaStory of her showing off a hickey. A bright red one that she captioned, “Next time make it darker bae,” adding, “Issa vibe.”

The latter public display didn’t necessarily receive the most positive reaction from social media. Some told her that she was too “old” or too well known to be showing the world a hickey. Cole took to Twitter to let people know she could care less. She’s happy.

The Instagram gossip page The Neighborhood Talk says that her new beau is this handsome gentleman:

“Zay” of Long Beach, Calif. (just a guess from the username) has that video of a man handing out food to those in need on his account, so it seems the page is correct. And when encouraged by a fan on Twitter to put a hickey on her new love’s neck, Cole responded “He too chocolate” for it to really show up, which would line up with the looks of this particular man. People are already popping up in his Instagram comments with statements about the star, including “TAKE CARE OF KEYSHIA❤️❤️❤️❤️ 👏 SHE DESERVES IT❤️❤️❤️❤️❤️”

This would be Cole’s first public relationship since she split from ex-boyfriend Niko Khale. The two share a 1-year-old son together named Tobias. She was also most notably married to former NBA player Daniel Gibson, whom she shares 11-year-old son DJ with.