Khloe Kardashian and her famous family officially wrapped 20 seasons of Keeping Up With The Kardashians on Friday.

The 36-year-old Good American founder shared a selfie on Saturday from her last day of shooting as she cuddled up to True, two, and her brother Rob’s daughter Dream, four. 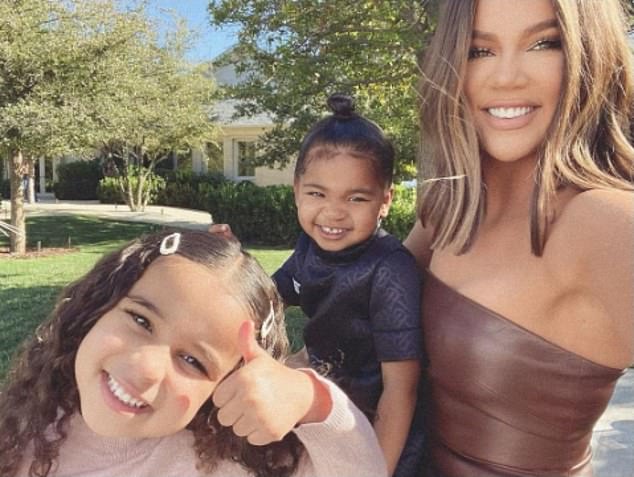 Thumbs up: Khloe Kardashian, 36, shares a selfie with daughter True, two, and Rob’s daughter Dream, four, as they celebrate the end of Keeping Up With The Kardashians after 20 seasons

True looked sporty as she sat on Khloe’s lap in a black Burberry dress while flashing a big grin.

Dream looked pretty in pink as she flashed a thumbs up.

Though Rob, 33, has been less involved with the show in recent years, he made sure to properly wrap up this era of his life with his daughter by his side.

Khloe also looked grateful on the last day as she beamed from ear to ear surrounded by her family as they closed the chapter on the show that made them famous. 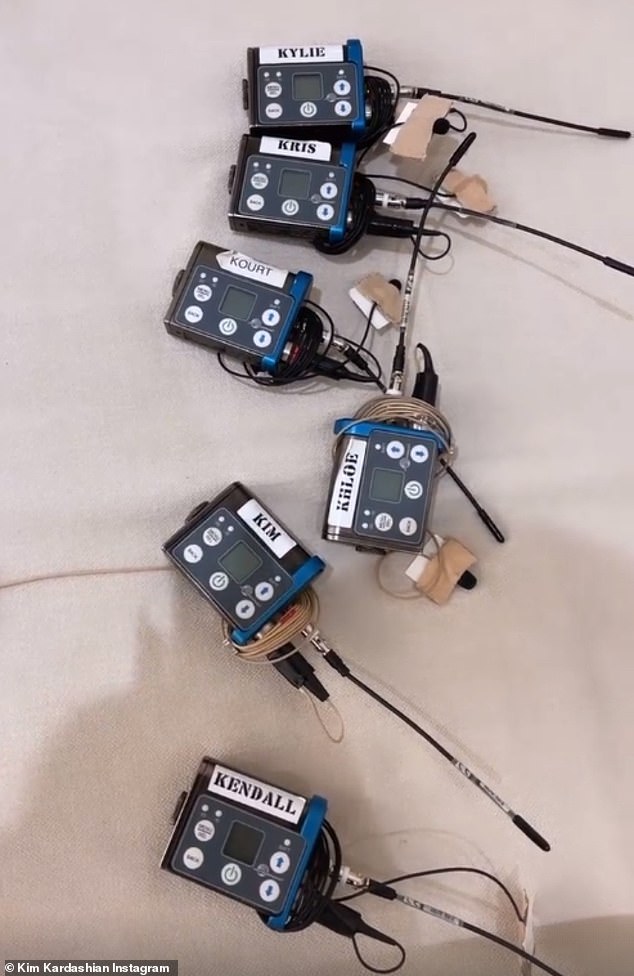 That’s a wrap: The family showed off their labeled microphones as Kim said ‘we just finished filming forever’ 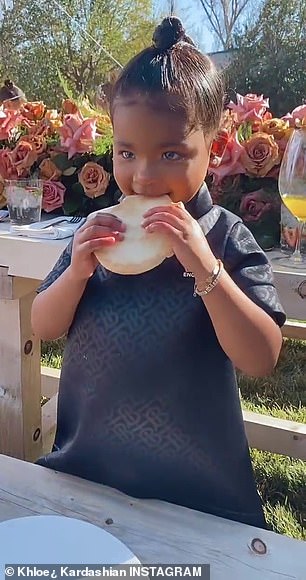 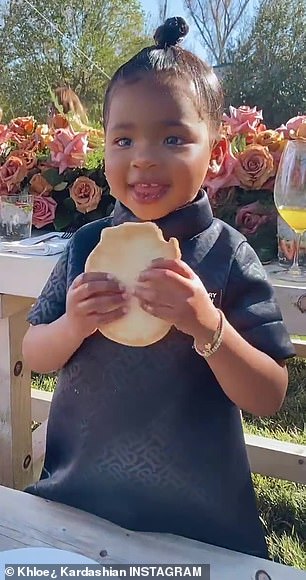 Cookie to the face: The family was all gifted edible place settings in the form of a cookie with their face on it as True was seen munching away 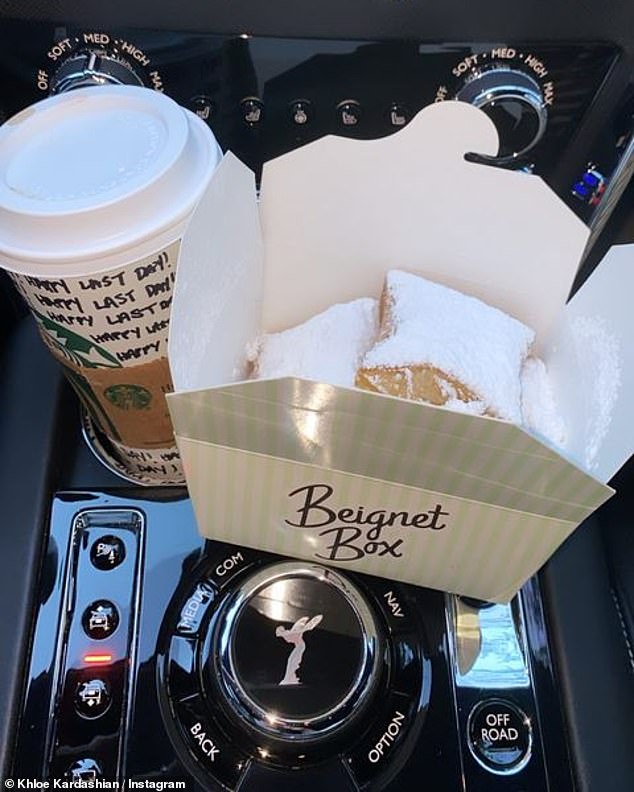 Care package: The family was treated to a Beignet Box truck as Khloe seemed to be indulging in the sweet treats despite her strict workout schedule 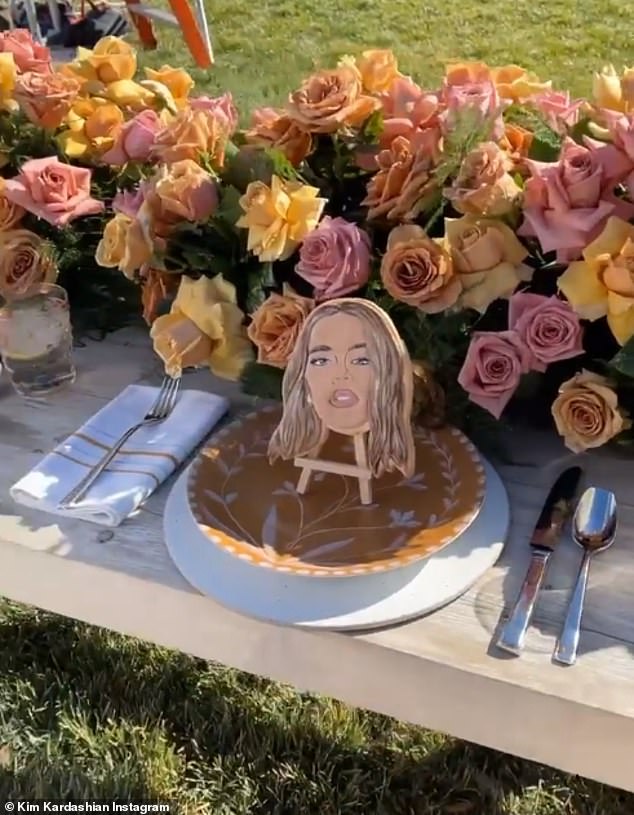 Khloe: Despite the divorce rumors, Kim took to Instagram to share many inside looks into the family’s last day of filming

All the sisters shared an inside look at the last day of filming as they photographed their glamorous lunch table that featured a cookie name card with their face on it as they dined al fresco in Kim’s backyard.

The rustic table featured bright colored flowers and the family was treated to a Beignet Box truck.

Khloe photographed her goodes in her Rolls Royce which featured a Starbucks that had ‘Happy Last Day’ written all over it.

Despite Kim’s swirling divorce rumors from husband of seven years, Kanye West – who was not present – Kim took to her social media to shoot a lot of behind the scenes looks into the last day. 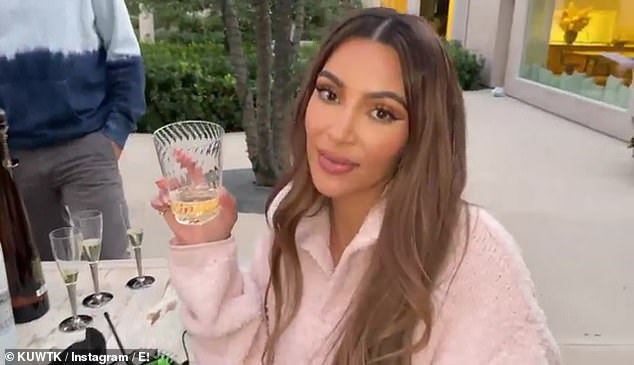 Done forever: Kim led a champagne toast with the crew as she told her fans ‘cheers to 20 seasons of craziness and lots of love’ 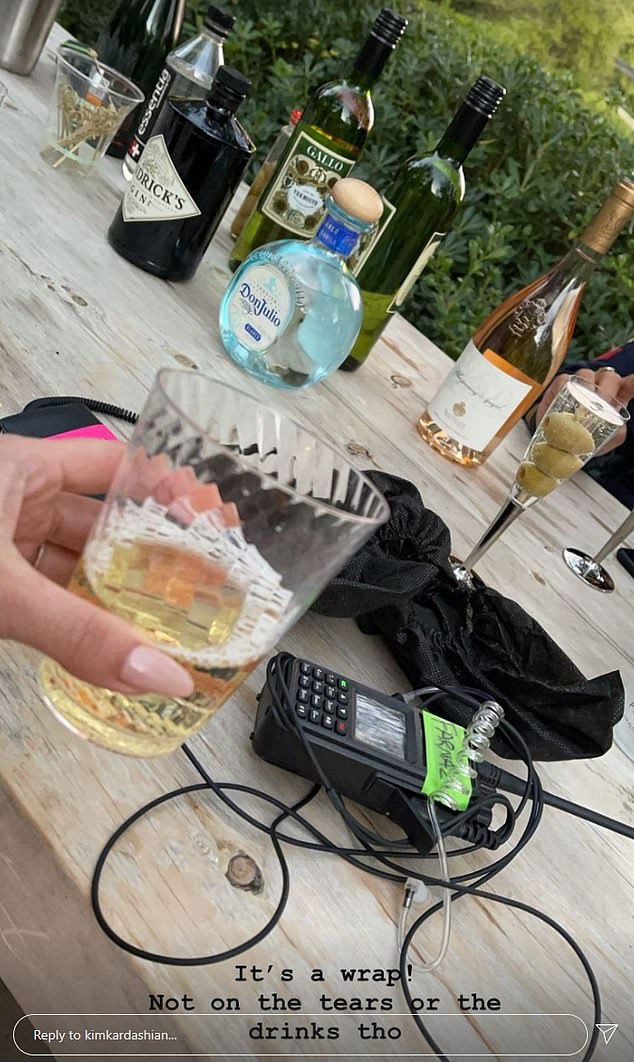 Pour it up: The last day featured lots of tears and lots of alcohol as they said goodbye to the end of an era

The KKW Beauty founder – who rarely drinks – was seen toasting with champagne as she said she was ‘sobbing.’

‘It’s a wrap! Not on the tears or the drinks tho,’ as she said ‘cheers to 20 seasons of craziness and lots of love.’

The family who puts a great emphasis on their fitness had good reason to celebrate as they wrapped 15 years of their life.

On Thursday, Khloe caused a stir as she posted a gym selfie and said her body would be ‘ready’ come summer as she manifested the pandemic’s end. 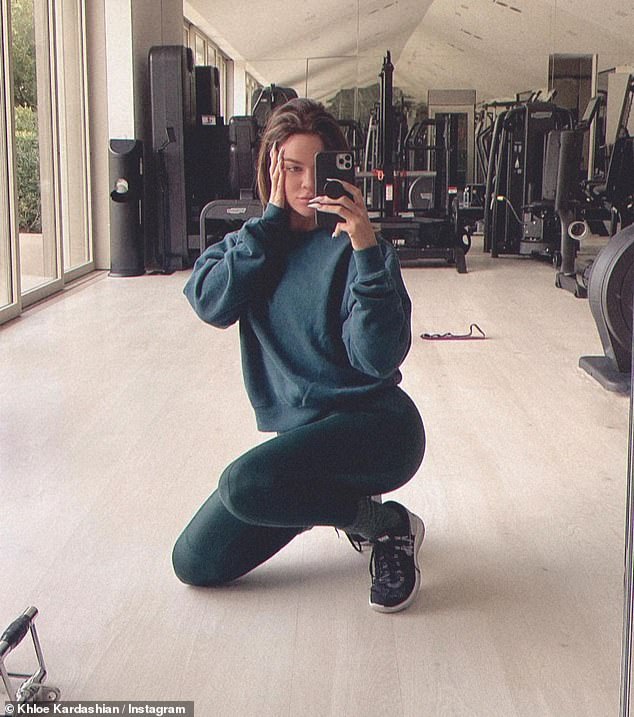 Kendall?: Fans were quick to think Khloe’s Thursday gym selfie was Kendall as they wrote that they looked like ‘twins’ in the photo 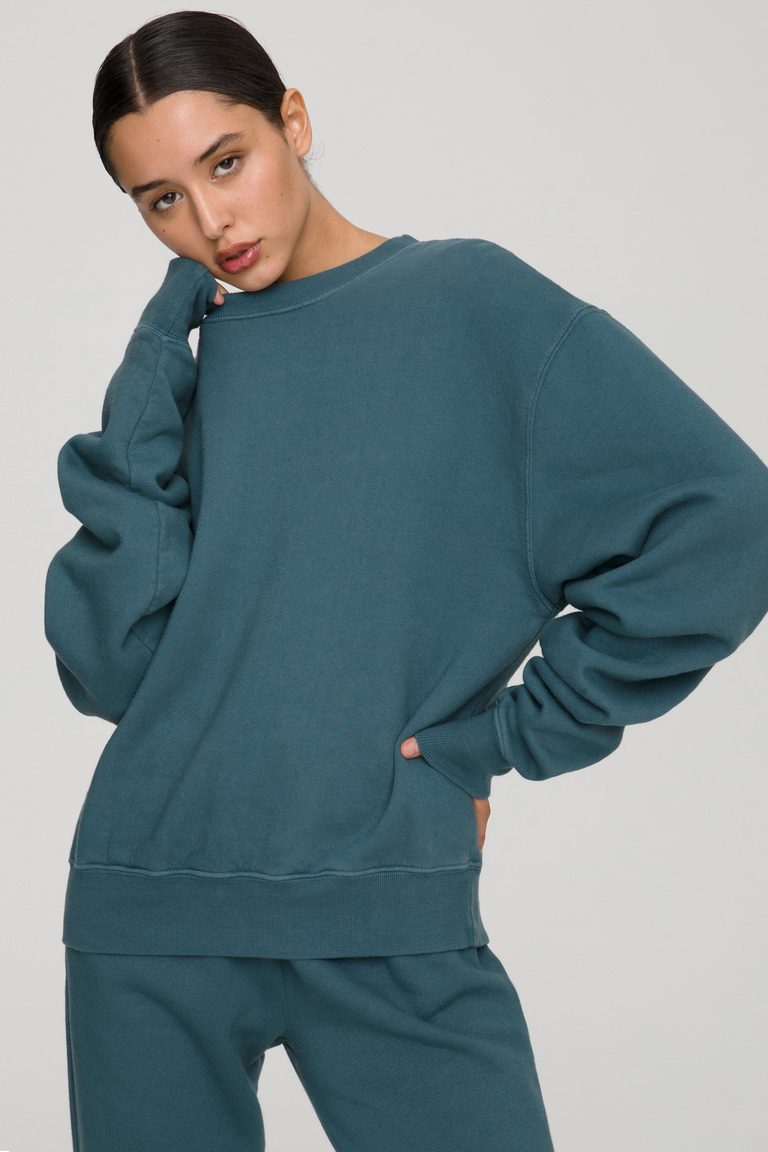 Twins: Followers could not stop commenting on her slim frame that made Khloe look like her model sister

Compliments: The Good American founder took the compliment in stride as she sent kissy faces to the follower

Fans were quick to look at the photo and mistake her for model sister Kendall Jenner as she flashed her very thin legs in the mirror.

‘I thought this was Kendall at first no joke,’ one follower wrote.

Though she has been guilty of many-a photoshop fails in the past, Khloe took the compliment in stride as she responded, ‘OMG stooooooppppp,’ with two kissy faces.