The fallout from Larsa Pippen‘s big reveal about her tattered relationship with the Kardashian-Jenner fam just got a lot more interesting!

As you’re likely aware by now, the 46-year-old spilled major behind-the-scenes tea on the Hollywood Raw podcast this week about how Kanye West‘s suspicions drove a wedge between her and former bestie Kim Kardashian West. And while that was juicy (but expected) to hear, Larso also shocking revealed her own brief romance with Tristan Thompson before he coupled up with his eventual baby momma, Khloé Kardashian.

While KKW has reportedly adopted an unbothered attitude throughout all of this, with her famous family  rolling their eyes at their ex-friend behind closed doors, we can’t help but wonder how KoKo is really handling the news.

The thing is, we learned the Good American creator and NBA basketball player officially got back together in September following a year of Tristan’s efforts to win back her affection after the Jordyn Woods-cheating scandal. Though some sources said the two never really fell out of love despite the drama, it did take quite a while before we saw True Thompson‘s parents kiss, make up, and start flicking it up on the ‘gram again.

But speaking of Instagram, fans noticed some interesting activity on the social media platform on Wednesday night! As it turned out, the happy couple was no longer following each other. Wait, seriously?!

See proof in the screenshots captured (below):

Incredible timing for that to happen, isn’t it?

As of Thursday morning, Tristan is now following the KUWTK star again, but she hasn’t returned the gesture (yet). We have SO many questions about this, but obviously, the biggest one is whether or not Larsa’s claims have broken up a fragile and fleeting but happy home. Also, who hit that unfollow button first and why?

Our best guess is that Khloé’s initial tepid response to the headline-making interview has likely morphed into full-blown outrage. A source previously told E! News the 36-year-old was essentially in denial at first:

“Khloé doesn’t believe Larsa was dating Tristan before her. Larsa knew Tristan, but they were never dating.”

Well, she must believe something after distancing herself from her man on IG, right?

Is Khloé just upset that fans are side-eyeing her once again over the rehashed drama with Woods and taking it out on her man? A lot of folks did call her out for being upset that he cheated with Jordyn but had no problem essentially welcoming him with open arms once he ditched her own friend. It certainly casts an embarrassing light on the Kardashian now, but is it enough to throw a wrench in what the pair has worked so hard to get back to? 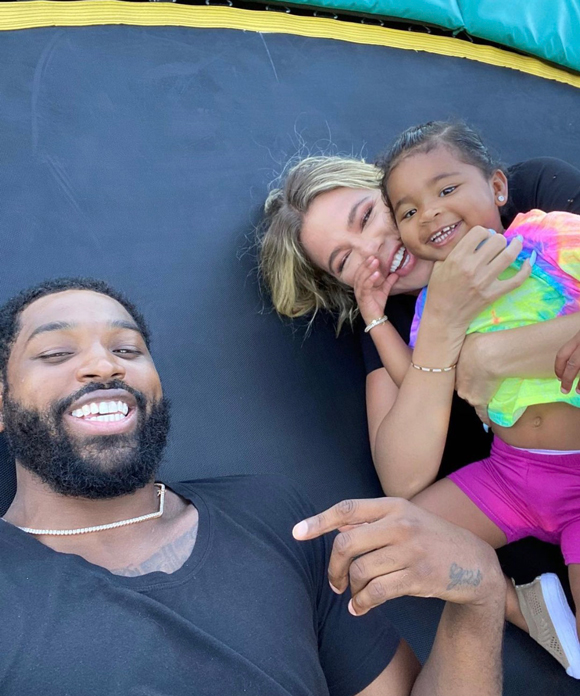 We’ll keep our ear to the ground for any updates from their camp and eyes peeled on their respective social media pages for more. But in the meantime, what do U think this all means, Perezcious readers?? How Liam Hemsworth Feels About Miley Cyrus' Candid New Interview
We and our partners use cookies on this site to improve our service, perform analytics, personalize advertising, measure advertising performance, and remember website preferences.Ok