AceShowbiz –
Khloe Kardashian has received her early birthday gift from the talented folks at Madame Tussauds in Las Vegas. The “Keeping Up with the Kardashians” star has just gotten her first ever wax figure displayed in the Venetian Resort and Casino, joining some other famous stars whose figures are exhibited in the famed museum.

Her wax statue was introduced on Tuesday, June 26, just one day before her 34th birthday. With very accurate details, the flawless figure looks like it is none other than Khloe herself. The figure is dressed in Good American high-waisted jeans, a black lace bodysuit and Christian Louboutin pumps. It stands in front of a pink and white floral wall. 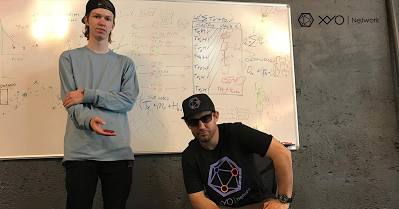 Even though Khloe was unable to attend the grand reveal, she took to Twitter to express her excitement over the sculpture. “This is tripping me out!!!!!! @TussaudsVegas You guys did such a great job!!!” so the mother of one wrote on the micro-blogging site.

According to E! News, Khloe had been very involved in the creation of the figure since she was first approached more than a year ago. The “Revenge Body with Khloe Kardashian” host reportedly sat down and posed for measurements in June 2017. She even selected and donated items to Madame Tussauds for her wax statue. Furthermore, more than 250 measurements and photographs were taken for reference before the grand reveal.

Besides her wax figure, Khloe has received a lot of early birthday messages from fans. The blonde beauty thanked her fans by tweeting, “Thank you so much for these awesome birthday tweets! I am so blessed! I’m already so overwhelmed with love and my birthday has just started. Baby true is sleeping so I have to get back to sleep myself. I love you all! For real… Thank you.”

Meanwhile, it’s still unclear how Khloe will celebrate her birthday.