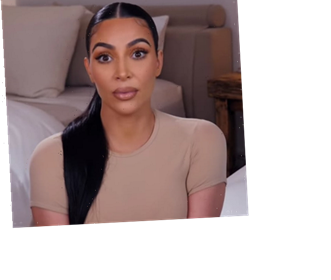 Just months after Kim Kardashian’s exclusive party saw her branded as “cruel,” she is at it again.

This time, she took to social media to brag about how her life is “paradise.”

The problem? Hundreds of thousands of people have died in this pandemic, and millions plunged into poverty.

Twitter was outraged that Kim could once again be this tone deaf.

“This is more than life … this is paradise,” Kim Kardashian tweeted.

She shared a photo of herself enjoying, well, something akin to paradise.

Now, Kim was quoting something and sharing part of her life.

This is a huge part of her life and brand — enjoying her lavish lifestyle and giving fans and followers a peek at her activities.

But given the current state of the world, many fans were reminded of one of Kourtney’s most famous lines directed at Kim.

“Kim, there’s people that are dying,” Kourtney famously reminded her younger sister when Kim wept on camera after losing a diamond earring.

Kim happened to tweet about “paradise” on the day when the official tally of the COVID-19 death toll in the United States surpassed the 400,000 mark.

Fans found it an awkward time to flaunt her wealth … and deeply tone deaf of her.

“But to show it off while there are more than 400,000 deaths from covid is extremely disrespectful,” the unhappy fan wrote. “But do you, boo.”

Another kept it more succinct, writing: “We’re in a pandemic kim.”

“It may be paradise for you but not for the 400,000 dead from covid,” another pointed out somberly.

“Thats right people suffering,” wrote a critic, “and you showing off and bragging well done.”

Many of the comments were similarly dripping in sarcasm.

Of course, some tweets defended Kim, noting that she cannot magically fix things.

The economy has been in decline for many years, and wage stagnation has lasted for decades.

The COVID-19 pandemic is a global crisis, one magnified in the United States by corruption, malice, and disinterest on the part of the disgraced former President.

But notably, none of those criticisms are asking Kim to give up her fortune to those in need — which would barely put a dent in the current economic crisis, by the way.

They were also not expecting her to magically end the COVID-19 pandemic.

It is simply that, at the moment, it’s kind of rude and thoughtless of Kim to flaunt her extreme wealth while Los Angeles has suspends air quality rules to allow crematoriums to burn more bodies because there is such a backlog of corpses.

This is the same problem that Kim ran into last year, when she had a tropical private party with her closest friends and family.

She was widely mocked and memed for it, but the problem was the same as she faces now — optics.

Kim can continue to live her fabulous life however she chooses, but during this particular crisis, fans don’t want to see it on social media.