Kim Kardashian is feeling super celebratory now that she’s a billionaire, donning a flesh colored bikini and a huge smile in new photos.

Kim Kardashian has 10 figures of net worth to feel “bliss” over. The 40-year-old has just been named to Forbes magazine’s annual billionaire’s list on Apr. 6, and she took to her Instagram to celebrate the news with her followers in an itty-bitty bikini. Kim could be seen flaunting her ample assets with an incredibly low-slung bandeau top with tiny straps, while kneeling at the water’s edge of a tropical beach. She donned matching nude colored bottoms as she splashed ocean water in the air towards the camera with a huge smile on her face.

Kim captioned the photo “bliss” and that’s what it must feel like to not only look as incredible as she does in a bikini at 40, but be worth a billion dollars! In a second photo, she appeared beyond happy, as Kim looked up at the blue sky with her beautiful, nearly makeup free face and appeared to be on the verge of tears of joy.

Her friends and fans knew what was up with the pictures of Kim showing pure elation. Kim’s pal Jonathan Cheban wrote in the comments, “BILLIONAIRE VIBES,” while user @chrisgotthajuice said her photo showed, “Billionaire Bliss.” In the photos, Kim appeared about as naturally happy as she’s ever looked! And she did it all herself, building her empire of brands.

Kim is now 2674th on the list of Forbes billionaires, with growth coming from her SKIMS shapewear brand and her KKW Beauty line helping her bottom line jump from $780 million in Oct. 2020 to $1 billion today. The magazine noted that her worth also comes from “cash from reality television and endorsement deals, and a number of smaller investments.” 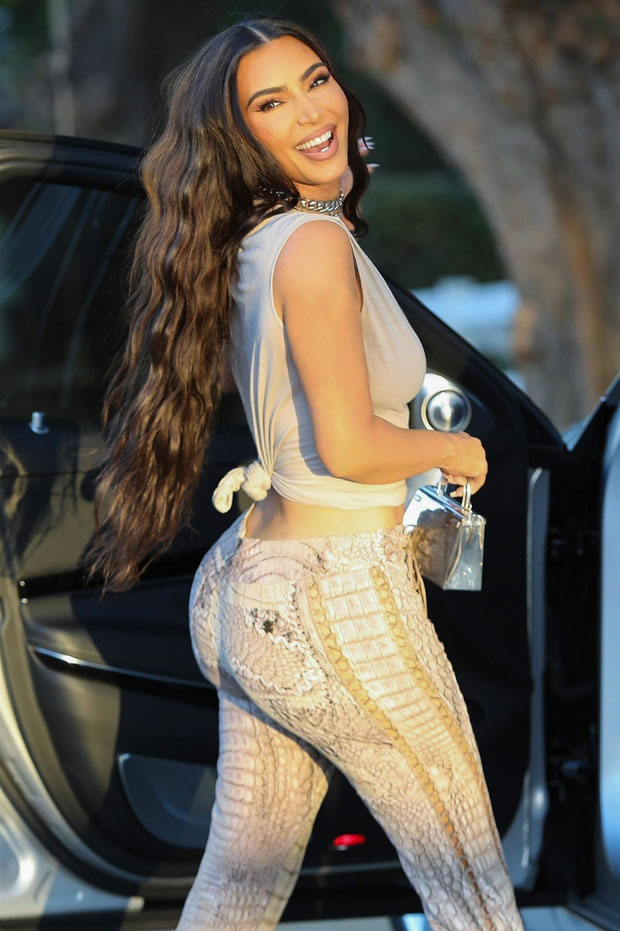 Though Kim is in the middle of divorcing husband Kanye West, 43, his thoughtful gift of high-end stocks three years ago also helped the mother of four’s net worth. As Forbes noted, “She’s also got three properties in Calabasas, northwest of Los Angeles, and a portfolio of blue-chip investments, including shares of Disney, Amazon, Netflix and Adidas that her soon-to-be ex-husband Kanye West gifted her for Christmas in 2017.”

But the publication noted that it was Kim’s own self-started companies SKIMS and KKW Beauty that led her to making the magazine’s annual billionaire’s list. No wonder she’s feeling so much “bliss.” But don’t feel bad for ‘Ye, as he’s also on the billionaire’s list and ahead of Kim, ranking in 1750th place with a net worth of $1.8billion, mainly thanks to his Yeezy retail clothing and shoe empire.