‘KUWTK’ had its ‘last’ day of filming on Jan. 8, which Kim Kardashian revealed in bittersweet videos from the set. As a last hurrah, the Kardashians reunited for a big family lunch with plates decorated with their faces.

Keeping Up with the Kardashians has officially concluded filming. The longtime reality television show on E!, which has been airing since 2007, had its last day of filming ever just eight days into 2021. Kim Kardashian broke the sad news on her Instagram Story, where the 40-year-old reality television star shared multiple videos of the milestone day.

Kim started by filming a video of Erin Paxton, who has been the go-to crew member for audio tech on the longtime family show since its premiere. “Last filming day of Keeping Up with The Kardashian’s EVER! [crying emojis] Erin’s been out [sic] audio tech for 14 years!!,” Kim wrote over the clip. In another video, Kim shared a video of mics labeled for her sisters Kylie, Kourtney, Khloe and Kendall, as well as one designated for their mom Kris Jenner.

In the next few videos, Kim revealed the grand event for the final episode: a big family lunch outdoors, decorated with beautiful orange, pink and yellow roses. Each plate had a special “place setting” in the shape of their faces, set on miniature easels. Kim revealed that Kris’s boyfriend, Corey Gamble, and Scott Disick were invited, as well as the children. Kim gave a peak at the place setting art for North West, Saint West and Reign Disick!

A dessert truck showed up to the set, which delivered powdered beignets — which Kim hoped were “plant-based” — to the hungry cast. After the scene concluded, Kim shared a photo of various booze bottles on an outdoor wooden table, and there was a glass of alcohol in her hand as well. “It’s a wrap! Not on the tears or the drinks tho,” Kim wrote over the photo.

The last day of filming for KUWTK took place just three days after troubling reports about Kim and Kanye West‘s marriage surfaced. One report claimed that “divorce is imminent” for the married couple of six years, per Page Six, and that “Kim has hired Laura Wasser and they are in settlement talks.” However, we learned that “Kim’s been doing everything possible to save her marriage” and that “she just hasn’t wanted to give up,” a source EXCLUSIVELY told HollywoodLife after the reports surfaced. Kim and Kanye have also been “doing counseling,” according to the insider. 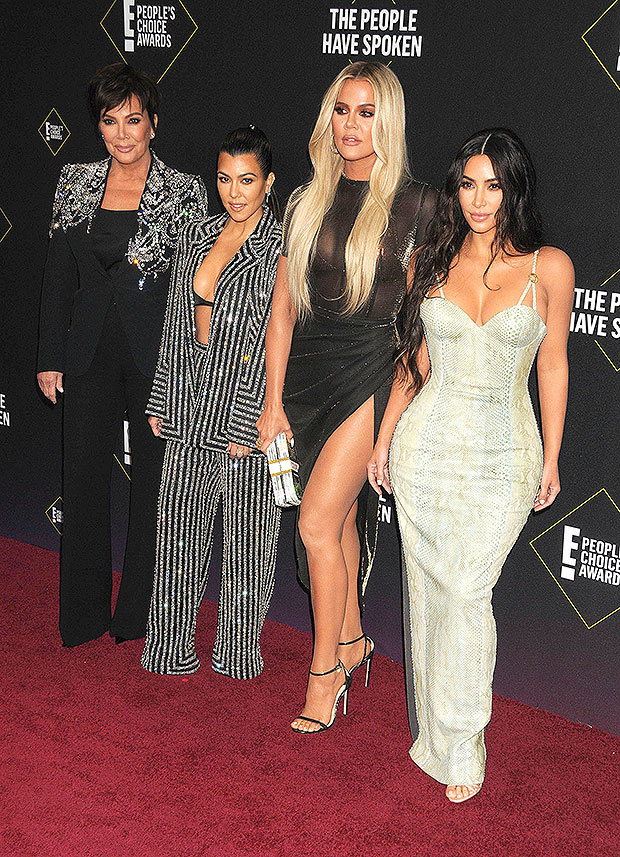 KUWTK rocked fans’ worlds by announcing that its “last season will air early next 2021” in Instagram announcements shared by Kim and her family members in Sept. 2020. However, the family had happier news to share by Dec. 10 of that year: a “new multi year partnership with Hulu and Star,” per Kris’s tweet! More specifically, Kris, Kim, Kourtney, Khloe, Kendall and Kylie “made a deal to create global content, which will stream exclusively on Hulu in the U.S. and in multiple territories on Star internationally,” our sister publication Deadline reported after Disney’s Investor Day.