But the rapper seemed to be holding in his excitement as he spent the big day with his wife, Kim Kardashian. 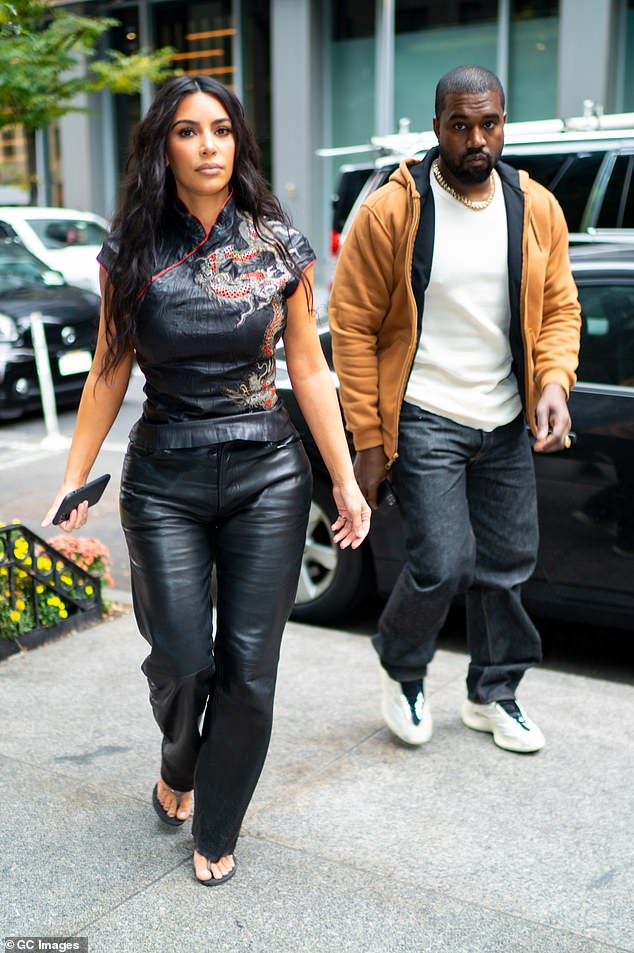 Double trouble: Kim Kardashian was spotted out in New York with her husband Kanye West on Friday

Kim was looking stylish as usual for the occasion, wearing an ornate Asian inspired blouse with dragon print.

She teamed the blouse with a rather loose-fitted pair of trousers and high heeled flip flops.

The reality star styled her jet black tresses into wet-looking waves that cascaded past her chest.

Kanye, meanwhile, opted to keep it casual in a sweatshirt, jeans, and gold chain necklace. 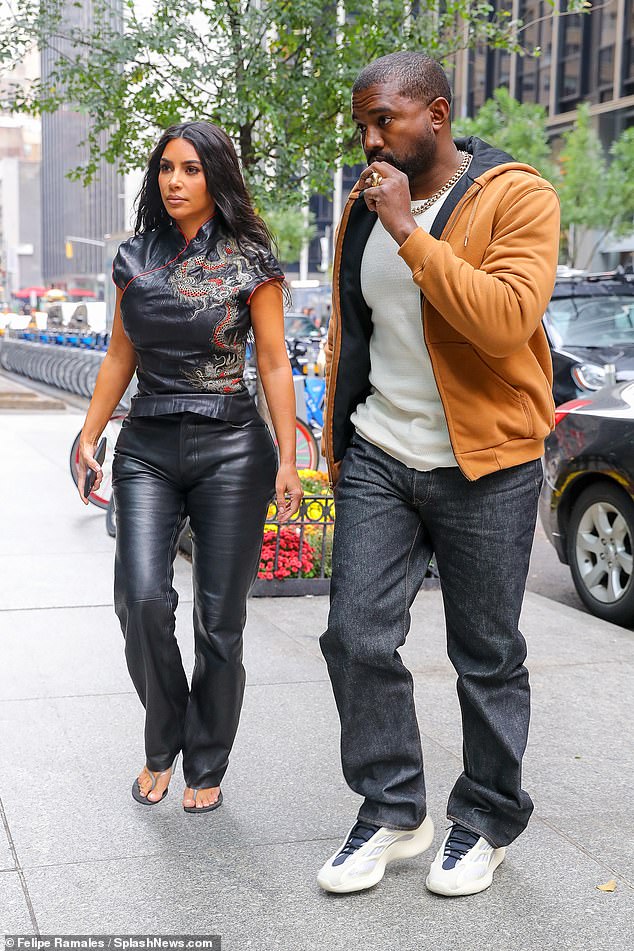 Stepping out in style: Kim opted for high heeled flip flops, while her husband made do with trainers

Lady in leather: The reality star sported a rather baggy pair of leather trousers

The couple appeared calm, relaxed, and in good spirits while enjoying some time together.

Kanye seemed pretty reserved as he headed inside the hotel, on the same day he finally released his new Christian album Jesus Is King.

Though fans are happy the music is out now, the release was not without setbacks. 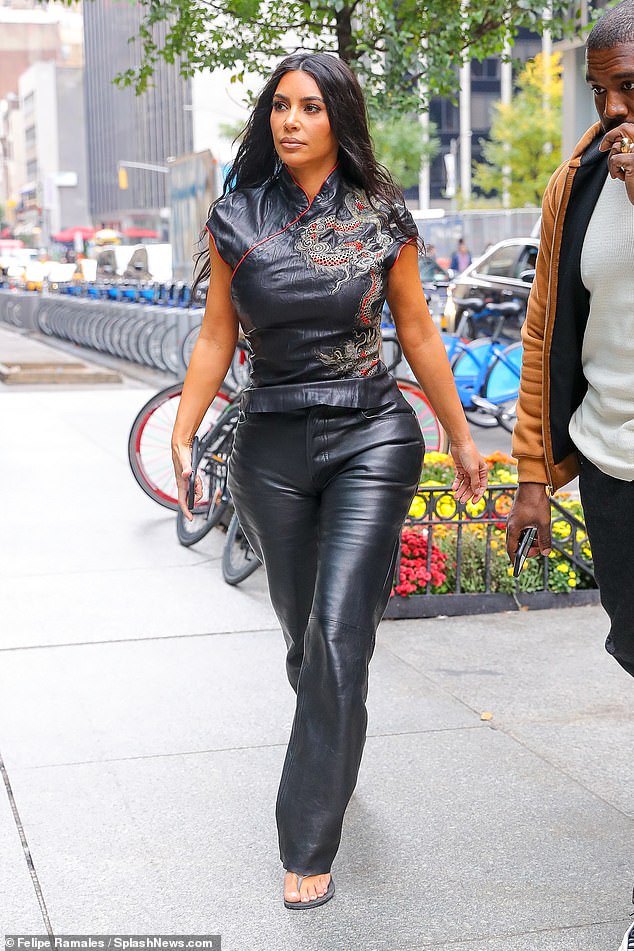 Taking it easy: The couple appeared calm, relaxed, and in good spirits while enjoying some time together 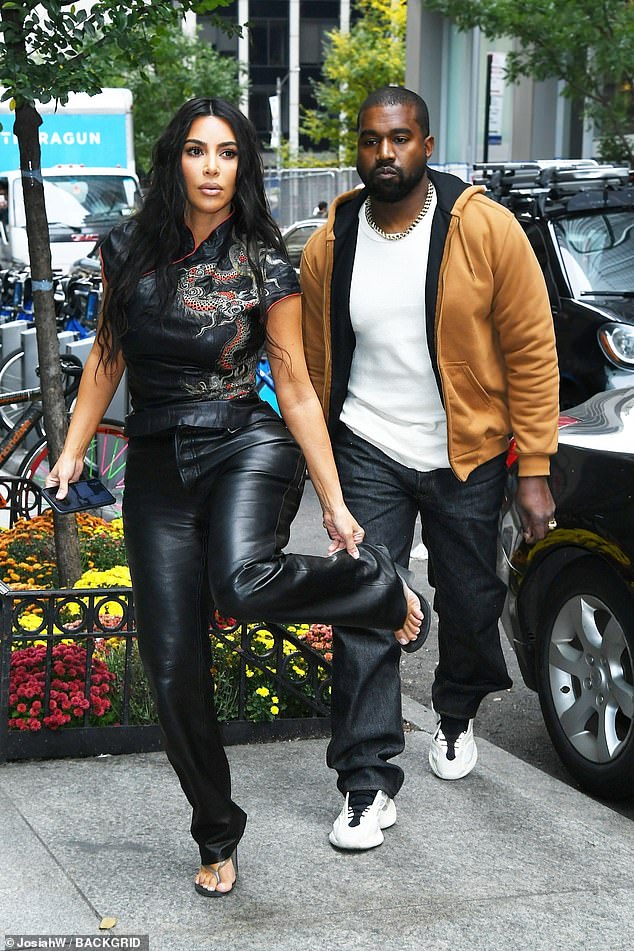 Setbacks: The release of Kanye’s new album was not without problems 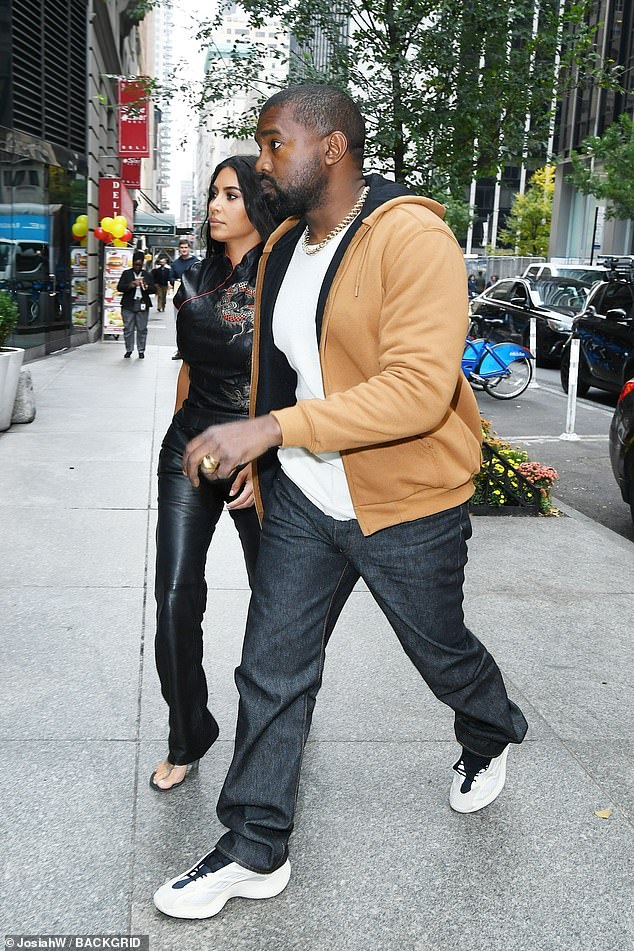 Walk this way! The couple were in sync while making their way through the Big Apple 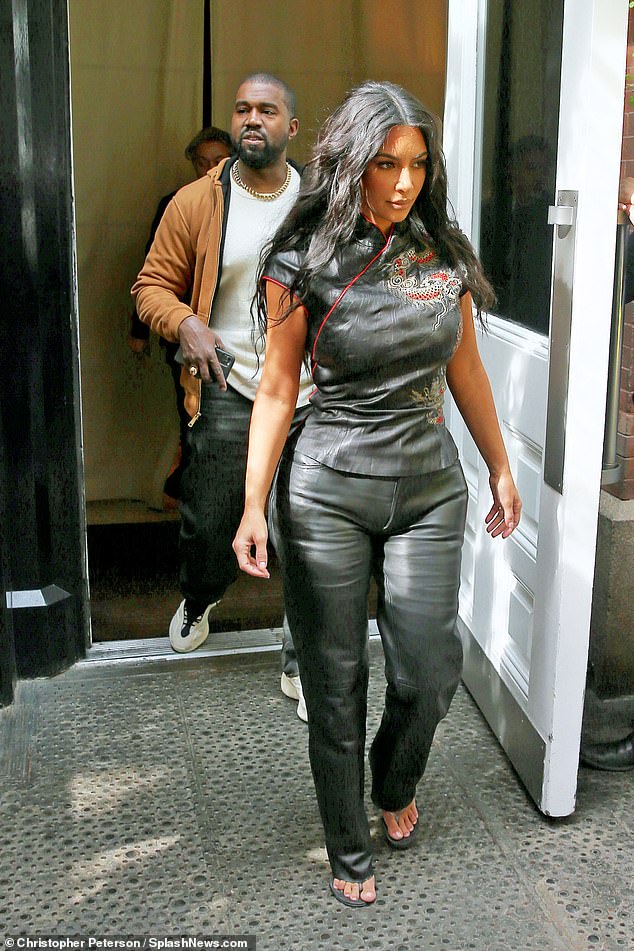 Right this way: The couple were seen leaving the Mercer Hotel earlier that day

Originally the album was expected to be released a month ago, but the date was pushed back several times before it finally dropped October 25.

Kanye recently revealed he had asked his collaborators to abstain from sex while working on the album.

‘There were times where I was asking people not to have premarital sex while they were working on the album,’ Kanye revealed to Zane Lowe on Beats 1 this week.

‘I know that’s one where The Shade Room gonna be like: “What you mean, don’t have premarital sex? You better turn that Meg Thee Stallion on right now.” But seriously there’s times where I went to people that were working on other projects and said: “Could you just work and focus on this?”‘ 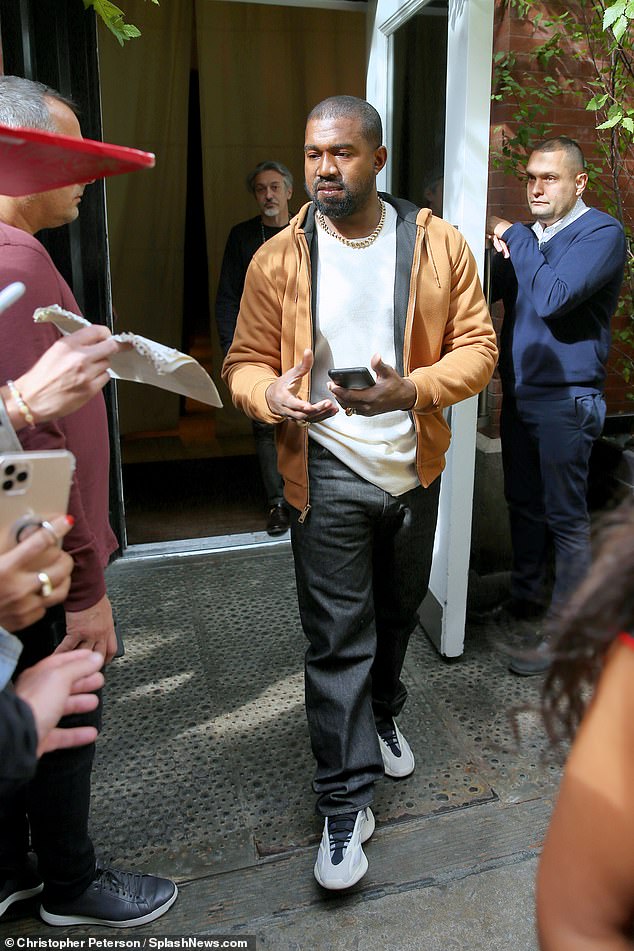 Laying down the law: Kanye recently revealed he had asked his collaborators to abstain from sex while working on the album 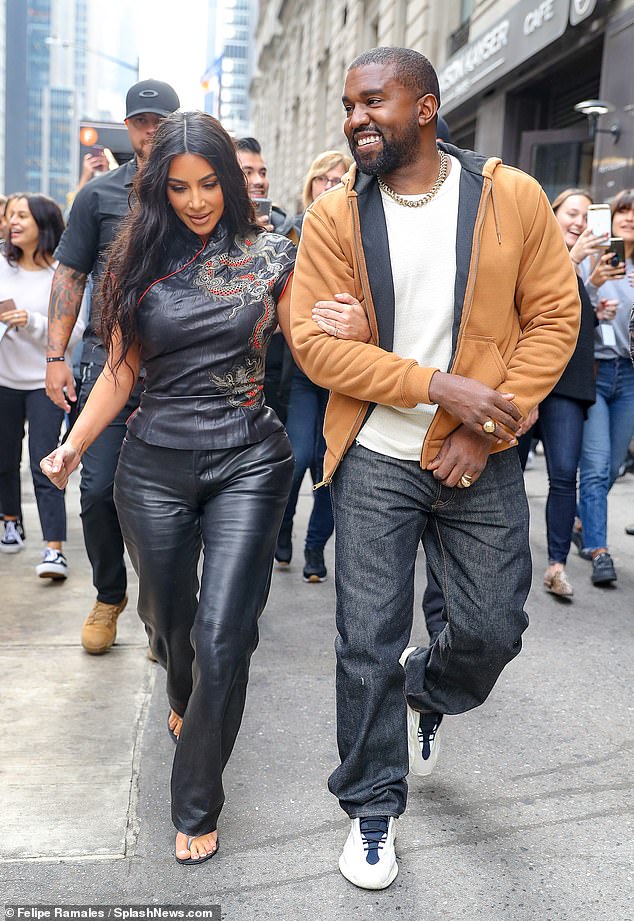 Rapper’s delight! At one point, West was smiling from ear to ear 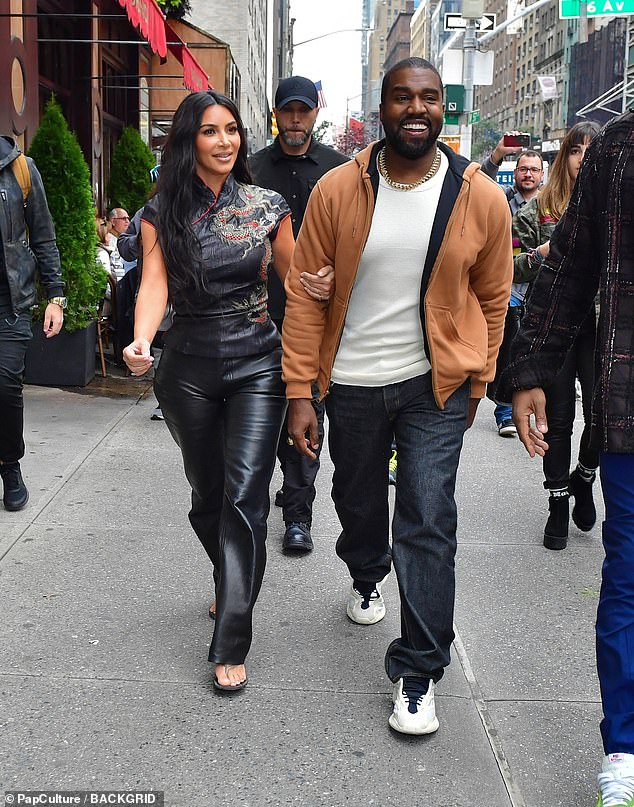 City loving: A beaming Kim linked arms with her husband 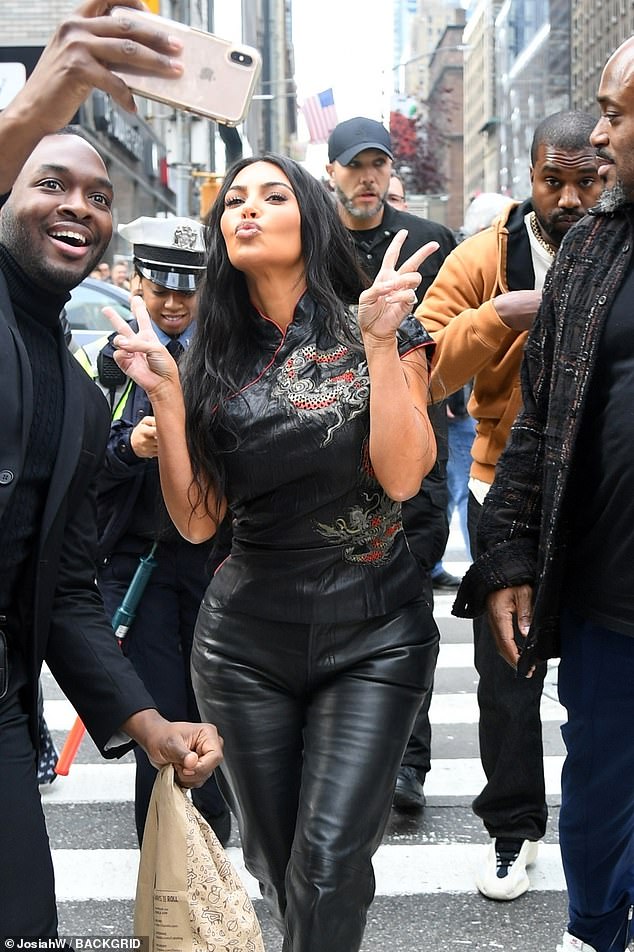 The fans love her! Kim made one fan’s day, stopping for a selfie 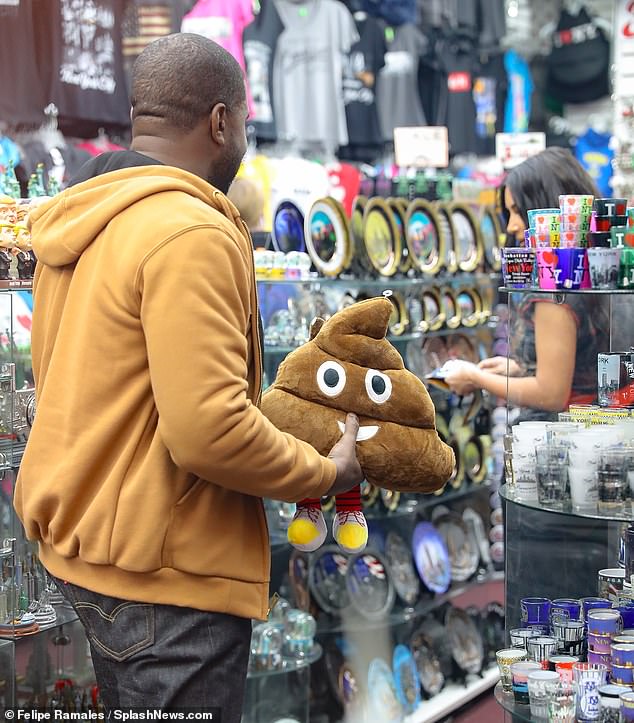 Can we get it? Kanye had his eye on a poop emoji cushion during a trip to the souvenir store