Kim Kardashian has made it one of her missions in life to prove there is no bad blood between her and Tristan Thompson. Despite Thompson’s rocky past with her little sis, Khloé Karadshian, Kim has been an outspoken supporter of the NBA star in recent months. That’s why Kim Kardashian’s Instagram congratulating Tristan Thompson on his Celtics deal says a lot about how far their friendship has come over the years.

While it seemed like Thompson fit in perfectly with the famous family when he started dating Khloé in September 2016, things quickly went sour. In April 2018, Thompson made headlines for cheating on Khloé while she was pregnant with their daughter, True. While Khloé and the NBA player attempted to patch up their relationship, Kim was vocal about her disapproval of Thompson during a handful of episodes of Keeping Up With The Kardashians following the cheating scandal. In case you missed it, it was a known fact that Kim unfollowed Thompson on social media, and then he blocked her, and the whole shebang played out on an episode of KUWTK.

While trying to patch up their rumored feud, Kim and Kanye West even attended one of Thompson’s basketball games in January 2020, where people speculated that she stood up to boo the athlete, a piece of gossip Kim later debunked. "I was there to support him!" Kim tweeted. "And was cheering LETS GO TRISTAN!!!! I would never go boo anyone." 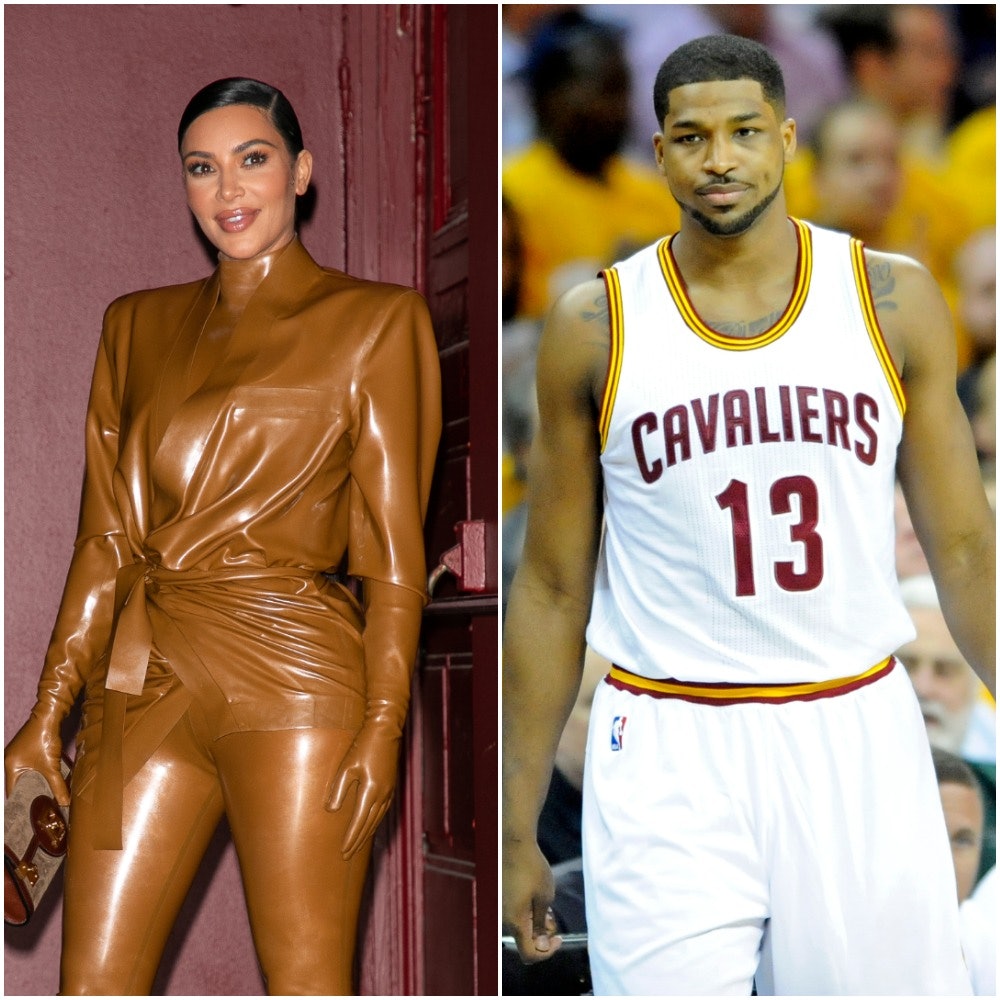 Fast forward to November 2020, Thompson and Khloé are reportedly giving their romance another shot, and Kim seems to be the most supportive big sis around. After Thompson signed a a two year, $19 million deal with the Boston Celtics on Nov. 21, Kim took to Instagram to congratulate him. 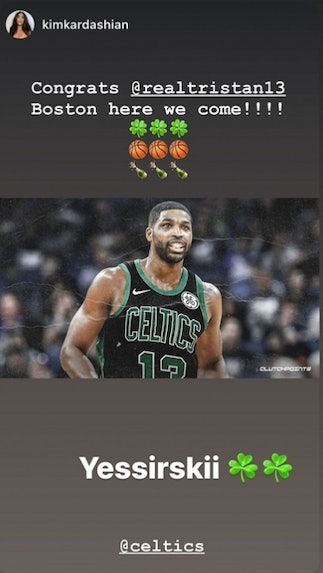 Thompson reposted Kim’s IG Story adding, "Yessirskii." After all this time, it appears Kim and Thompson have put any bad feelings towards each other aside.