The 45-year-old actress also vows to provide her support to the migrant child she boards after family reunification takes place.

AceShowbiz –
Actress Alyssa Milano has offered to foster a migrant child who has been separated from their parents under U.S. President Donald Trump’s former immigration policy.

Thousands of children have been parted from their families since May, following the implementation of President Trump’s zero-tolerance policy, which allowed law enforcement agents to detain minors and take them away from their parents after illegally crossing over the Mexican border into the U.S. 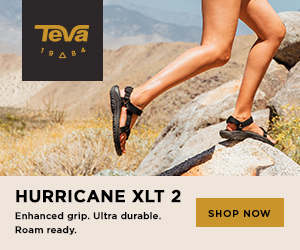 On Wednesday, June 20, the U.S. leader signed an executive order to end the divisive decree, but the minors have not been reunited with their families, and on Thursday, a Pentagon official confirmed that up to 20,000 immigrant children were already on their way to military bases to be housed in the months ahead.

Many celebrities have donated money to causes supporting the immigrants, but former Charmed star Alyssa wants to lend a hand by opening up her home. The 45-year-old mum-of-two has written a letter to the chief executive officer of immigrant foster facility Cayuga Centers, Edward Myers Hayes, offering to care for one of the children following reports that several have been transferred to a facility in New York.

“Based on New York City news reports detailing a covert, dark-of-night transport of children it appears your organization has stepped up to temporarily care for these poor souls,” she writes in a letter obtained by the New York Post. “I, along with others – while fervently against the White House policy that put these children in your care – acknowledge your efforts”.

“With this, I write to offer my assistance,” she adds. “Like many people touched by this tragedy, I have thought about ways I can help. As a mother, I know that children need to be reunited with their parents in the United States more than anything”.

Alyssa, who lives in California, also vows to continue to provide her support to the migrant child she boards after family reunification takes place, insisting she will look out for the child and his or her relatives, as well as all immigrants affected by the zero-tolerance policy.

“Afterwards, I will help ensure they get the help they need to fight their cases, stay, and win,” she adds. “I am sure this is something many other Americans would consider a moral and patriotic duty, as well”.

There is currently no plan in place to reunite families who were split apart by President Trump’s zero-tolerance decree.