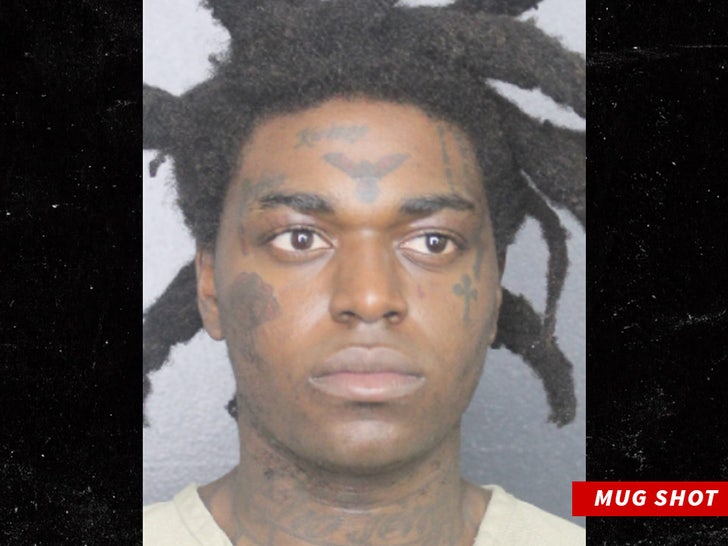 Kodak Black found himself behind bars on New Year’s Eve — albeit briefly — but it sounds like it might be a big misunderstanding … at least according to his attorney.

KB’s lawyer, Bradford Cohen, tells TMZ … yes, his client was indeed arrested early Saturday morning near Pompano Beach, FL on a misdemeanor trespassing charge — but insists it’s a bogus bust … based on nothing but a cease-or-desist letter from 4 months ago.

Here’s the deal … Cohen says Kodak went to his old neighborhood of Greenacres to hang out with some pals for the holiday, and to also pay off credit card debt for 5 families living in the area who’d shelled out for Christmas gifts for their kids and loved ones.

At some point while he was there, we’re told the cops showed up and took Kodak into custody — telling him he was in violation of a letter issued by the local Housing Authority.

You might recall that letter … it was fired off in response to Kodak delivering AC units to people there in Sept., which the HA apparently didn’t appreciate. Anyway, it seems Kodak’s mere presence this time around triggered a call to the Broward County Sheriff’s Office.

Here’s why Cohen thinks the arrest was unwarranted — for one, he says the C&D never made its way to Kodak, meaning it wasn’t served properly in that it was sent to his record label, and not him personally. Second, he says that letter says nothing about not coming onto the grounds, so it shouldn’t have served as the basis of any arrest.

BSO tells us they booked Kodak around 3:02 AM, and that he was released on a $25 bond a couple hours later. Unclear if this will have any bearing on Kodak’s supervised release.