Kourtney Kardashian and Megan Fox have been accused of stealing ideas for their recent sexy SKIMS shoot, after model Draya Michele shared a strikingly similar image with a pointed message.

Yesterday, Kourtney, 42, and Megan, 35, were seen in various steamy poses, including one where they are seductively feeding each other cherries – which looks very similar to a shoot Draya did with model Tanaya Henry.

The claim was made by Kristen Noel Crawley – once a close friend to Kim Kardashian – as she posted the similar image with the caption: ‘Black women are always the blueprint, and don’t you forget it.’ 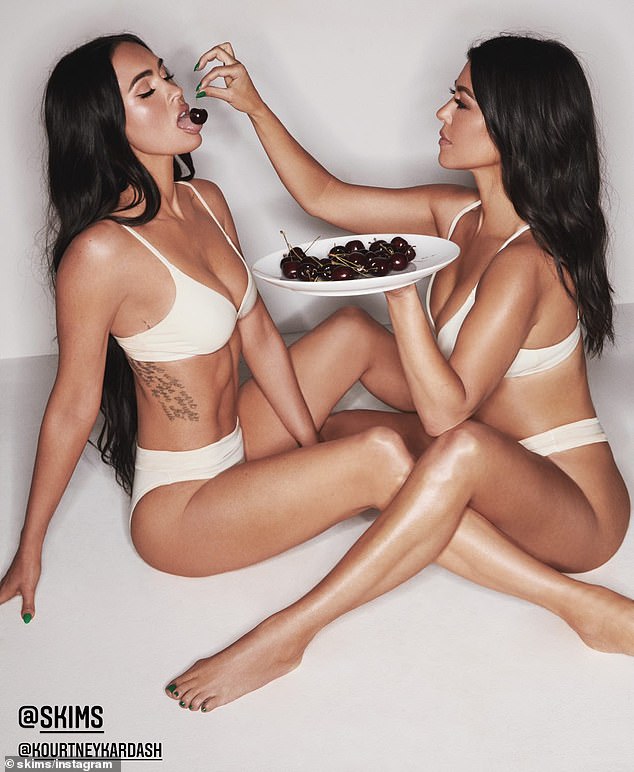 Basketball Wives LA’s Draya, 36, then endorsed the message and claim herself, by sharing it on her Instagram Stories to her 8.5million followers.

Crawley is founder of KNC Beauty founder and wife of fashion designer Don C – and stirred rumors last year when it was discovered that she no longer follows Kim Kardashian on social media.

Her husband Don C has been known to have a friendship with Kim’s estranged partner Kanye West, though it is unclear what caused a rift between them. 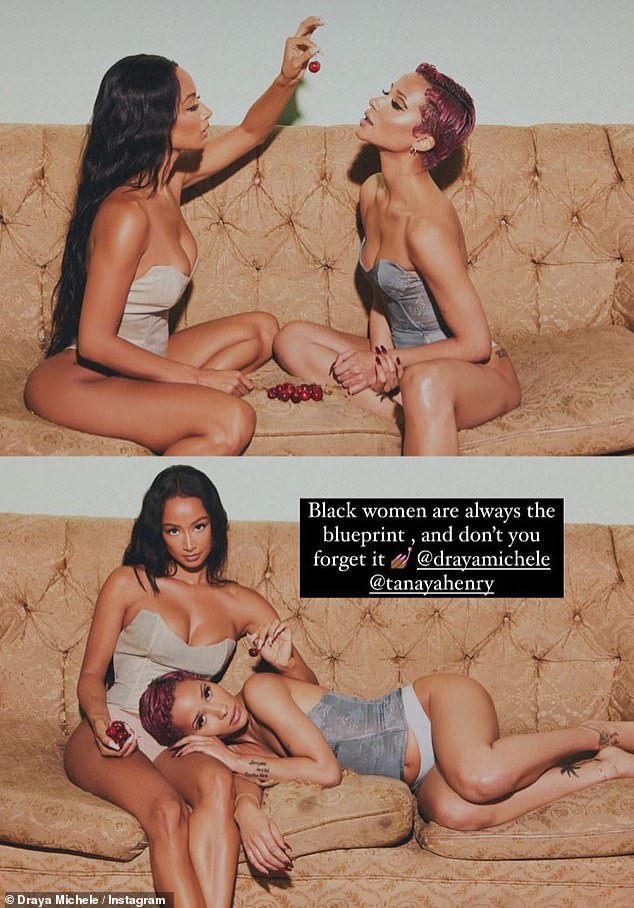 Cherry picking their idea? Draya Michele shared this image that seemingly accused the SKIMS ad of stealing their concept for a photoshoot with model Tanaya Henry

However, judging by Crawley’s Instagram Story – taking aim at Kim’s business SKIMS – it would suggest there is no longer any love lost between the pair.

Megan and Kourtney certainly caused a stir with their provocative poses in the ad, as the pair appear to be new besties after hanging out together with their respective partners Machine Gun Kelly and Travis Barker.

Kourtney’s wild antics since finding love with Travis has also been raising eyebrows, most famously from her ex partner Scott Disick, who was exposed for his thoughts about her behaviour earlier this month. 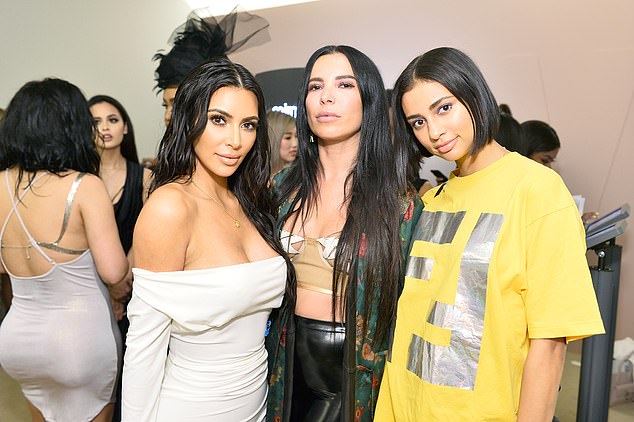 Fall out? The original post was shared by Kristen Noel Crawley (far right) who used to be close to Kim Kardashian (left – Aureta Thomollari is seen in the middle) 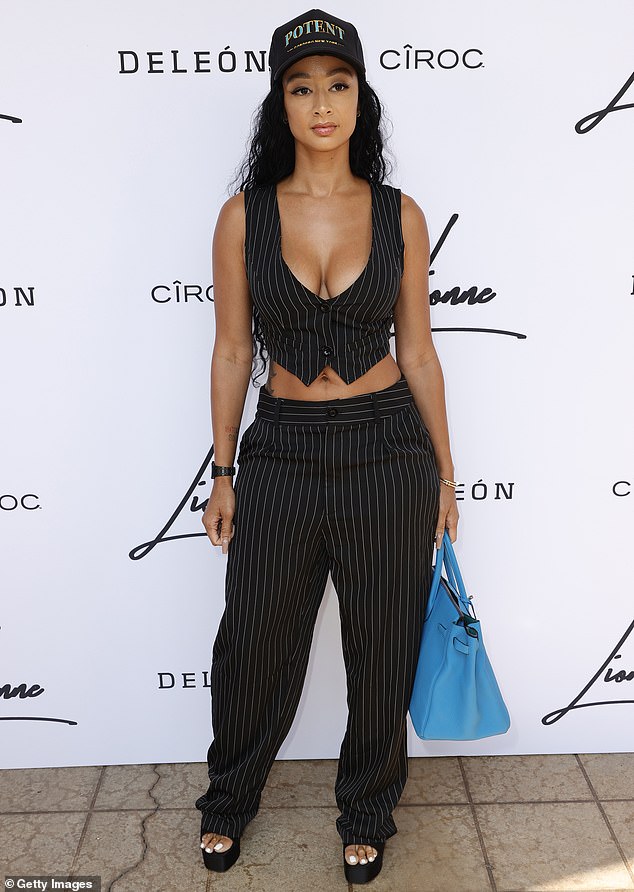 Stealing her look? Model Draya Michele  – pictured in LA last month – shared an image similar to the one posted by Kim’s SKIMS account

Scott, 38, blasted his ex Kourtney in snide messages allegedly sent to her former love Younes Bendjima – who ended up sharing the exchange publicly.

In the messages, the Flip It Like Disick star says in an alleged direct message: ‘Yo is this chick ok!????’, accompanied by a DailyMail.com photo of Kourtney and Travis making out in Italy.

Travis, 45, then appeared to respond to the DM leak on Tuesday by sharing a Goodfellas meme that shows Ray Liotta laughing hysterically – which is often used online to ridicule something. 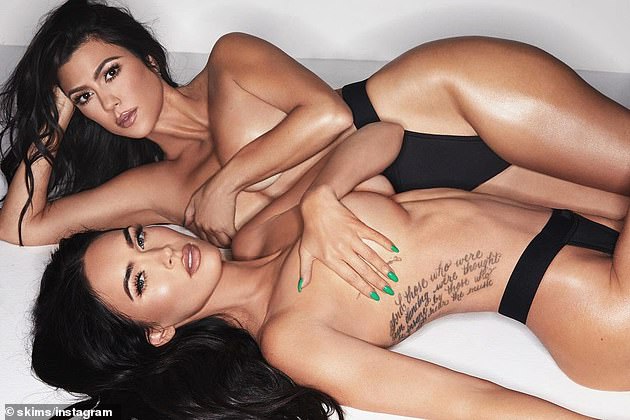 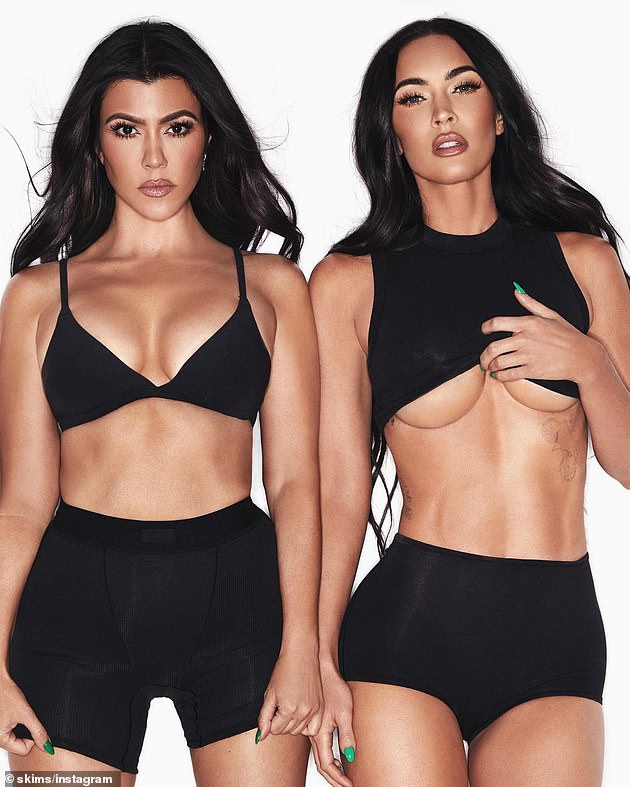 Eye-popping: The 42-year-old reality star and 35-year-old actress were featured in a sultry shoot

Meanwhile, Kourtney posted a bible verse from John 15:7 that read: ‘If you remain in me and my words remain in you, you may ask anything you wish, and it will be done for you.’

Scott seemed to have messaged the 28-year-old model — whom Kourtney dated from 2016 to 2018 — to question the POOSH founder’s behavior with regards to her recent over the top PDA in Italy.

‘Yo is this chick ok!??? Broo like what is this. In the middle of Italy,’ he wrote as he sent a photo of Kourtney kissing and straddling the Blink-182 drummer on an inflatable boat. 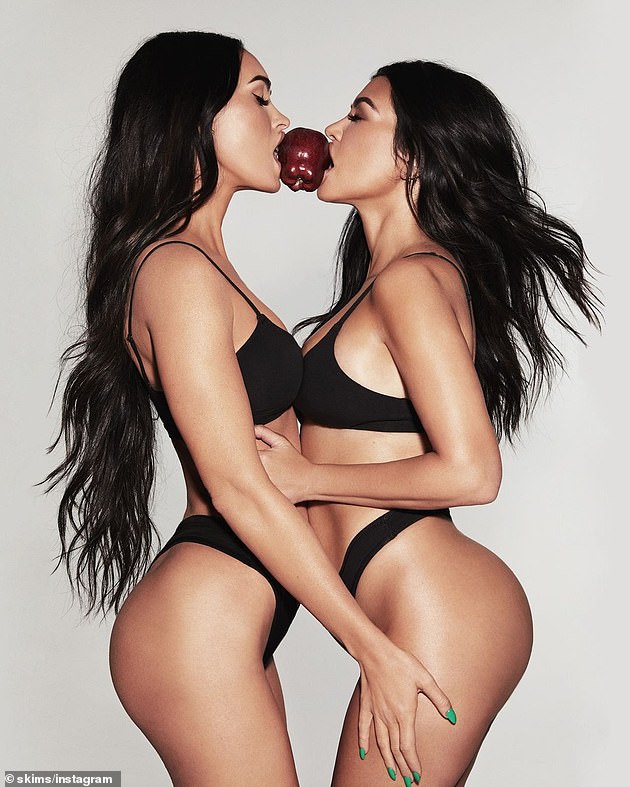 Forbidden fruit: The two got even steamier as they posed for a snap in which they bit into the same apple while caressing each other’s bodies 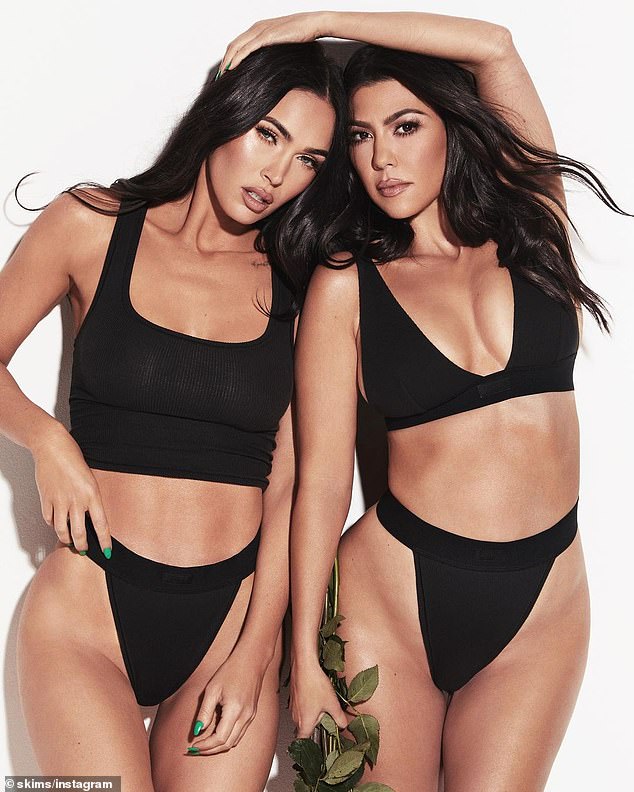